Is The Surge a worthy addition to the ever-growing Souls-like sub-genre? Find out how critics feel about it. 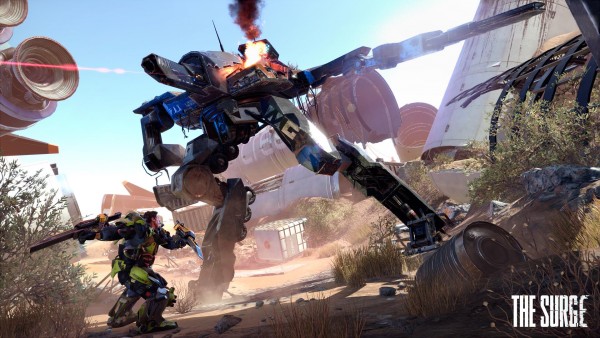 The Surge is the second game from German studio Deck13. Much like Lords of the Fallen, The Surge is a new IP that’s trying to carve out its own niche in a world that’s already seen many Souls-like games.

The Surge uses its science-fiction setting to introduce new mechanics to the genre, but keeps some of the better features of Lords of the Fallen like being able to bank your currency so you don’t have to lose everything upon death. The Surge also features a very interconnected world full of shortcuts, something Souls fans will especially appreciate.

The main big addition in The Surge is that you can target individual limbs on enemies to cut them off, Monster Hunter-style. Cutting arms and legs off means you get to wear what your enemies were wearing, not to mention getting treated to a nice finishing animation every time you do it.

Ourselves, and many other outlets, have been playing the game these past few days and we’re eager to share our thoughts. You should look out for our review early morning tomorrow.

For now, let’s see what the rest of games media thinks of The Surge.