The second major expansion for Ghost Recon: Wildlands, Fallen Ghosts, has been detailed. 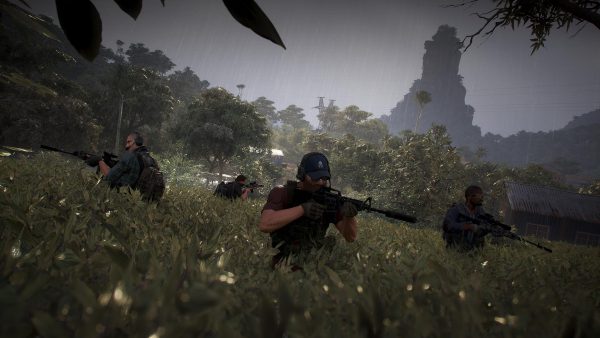 Ubisoft has announced the second expansion for Ghosts Recon: Wildlands. Called Fallen Ghosts, the add-on is set after the events of the main game. With the Santa Blanca Cartel now dismantled, civil war has erupted. The only military force in the country, the Unidad, enlists the help of volunteers to help restore order.

The new special unit, called Los Extranjeros, is made up of former cartel members, mercenaries, veterans, and criminals from other countries. Los Extranjeros’ first item on the docket is tracking down and eliminating all American agents.

The Ghosts must evacuate remaining CIA members and American civilians in the country. After getting shot down on their way to carry out this mission, the Ghosts find themselves stranded in the middle of the jungle facing elite soldiers. The soldiers hunting them come in four classes:

Fallen Ghosts adds a new campaign with 15 new missions. The ultimate goal is to take down four new bosses. The expansion will start you with a new level 30 character already equipped with all the main skills. Fall Ghosts raises the level cap to 35 to allow you to unlock nine new skills.

The expansion also adds six new weapons, including a crossbow that can fire explosive bolts. The game’s advanced, and expert difficulties have received some tweaks, too, to make things more challenging.

Fallen Ghosts will be available to season pass holders on May 30, and standalone on June 6 on PC, PS4, and Xbox One.