The Xbox Scorpio development kit doesn’t just look elegant, it has a neat feature on the front. 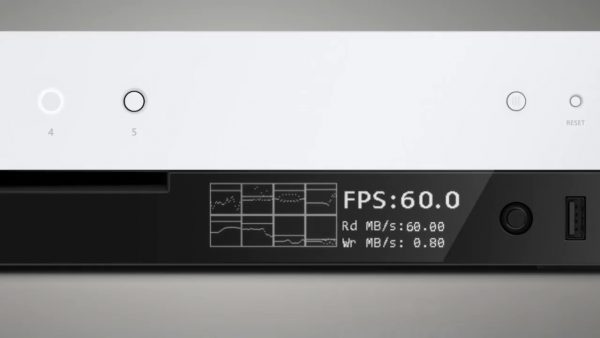 The development kit for Xbox Scorpio has a very useful feature that developers won’t have to dig deep to find. The front of the box sports an OLED display that reveals crucial real-time data, among which is a game’s frame-rate.

This particular addition was touched upon in a Gamasutra report about the dev kit last month, and we now have our first look at it.

As you can see in the video below from Windows Central’s Jez Corden, the screen displays the frame-rate, as well as read and write speed – presumably for hard drive or memory in real time.

The video also gives us a look at the five programmable keys on the front panel. Outside of that, you have the usual host of USB ports, drive bay and the like.

It’s a quality of life improvements that no doubt developers appreciate, and players may as well if it ends up in the final consumer version of Scorpio.