An Indie developer has changed the name of its game because it had the word “Prey” in the title, and Zenimax couldn’t allow that. 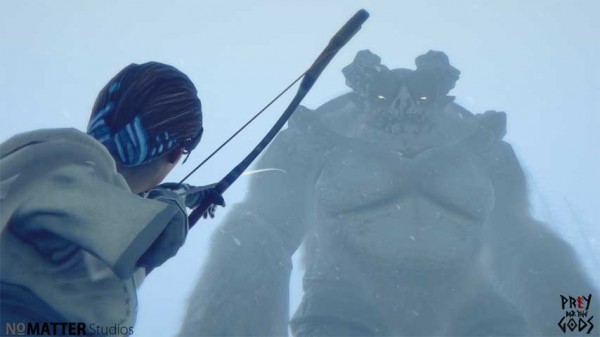 No Matter, the small development team behind Prey for the Gods, a Kickstarted action RPG, has changed the name of the game to Praey for the Gods after Bethesda opposed the game’s trademark seeing as it has the word “Prey” in it.

In a lengthy developer update, No Matter explained that it had initially considered calling the game Præy for the Gods, but felt the name would be harder to type into search engines. Nevertheless, the studio applied for a trademark for both Prey for the Gods, and Præy for the Gods.

Zenimax opposed both trademarks because it felt the name is too similar to its upcoming release Prey. The blog says that No Matter considered using Kickstarter funds to fight this in court, or raise more money specifically for the case, but eventually let go of the idea because of how negatively it would affect development given the size of the team.

This is not the first time the Bethesda parent company had a dispute with another developer over use what it perceived to be infringement on its trademark.

In 2011, the company sent a letter to Minecraft developer Mojang – an indie studio at the time – with regards to an in-development game, called Scrolls, a situation not dissimilar to the one we have today.

Studio founder and Minecraft creator Notch decided to fight Zenimax in court, before eventually settling. Mojang was allowed to use the name, but the not own the trademark for “Scrolls.” Scrolls never made it out beta.