You’ll soon be able to get Black Desert Online directly from Steam, in case you hate having to run separate launchers for your MMOs. 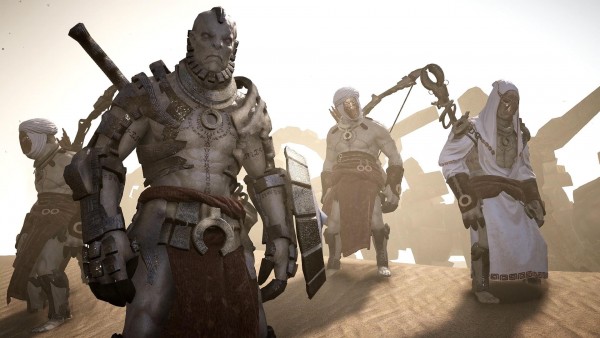 Black Desert Online, the MMO that made quite a splash when it first released last year, is finally making its way to Steam. The Steam version launches May 24 in North America, and Europe.

You’ll still need to create a Black Desert account through the website, but you’ll be able to join the rest of the player base on the same servers, regardless of whether or not they purchased from Steam.

Unfortunately, if you already have a Black Desert account, you won’t be able to transfer it to a Steam one. That’s disappointing because the Steam version patches directly through Steam, unlike the way other MMOs do it.

The price of the Steam version was not revealed, though you will be able to buy Daum Cash (the in-game currency) using Steam funds. The Steam version will support trading cards at launch, but achievements are still in development.

If you’re considering getting into Black Desert Online, why not give our big guide a look? It’s got plenty of helpful tips from levelling up quickly, earning silver, to detailed breakdowns of the game’s many mechanics.

Black Desert Online received several content updates since release, and the Steam version will launch with everything included from day one.