Grab loads of items and meet the molded. 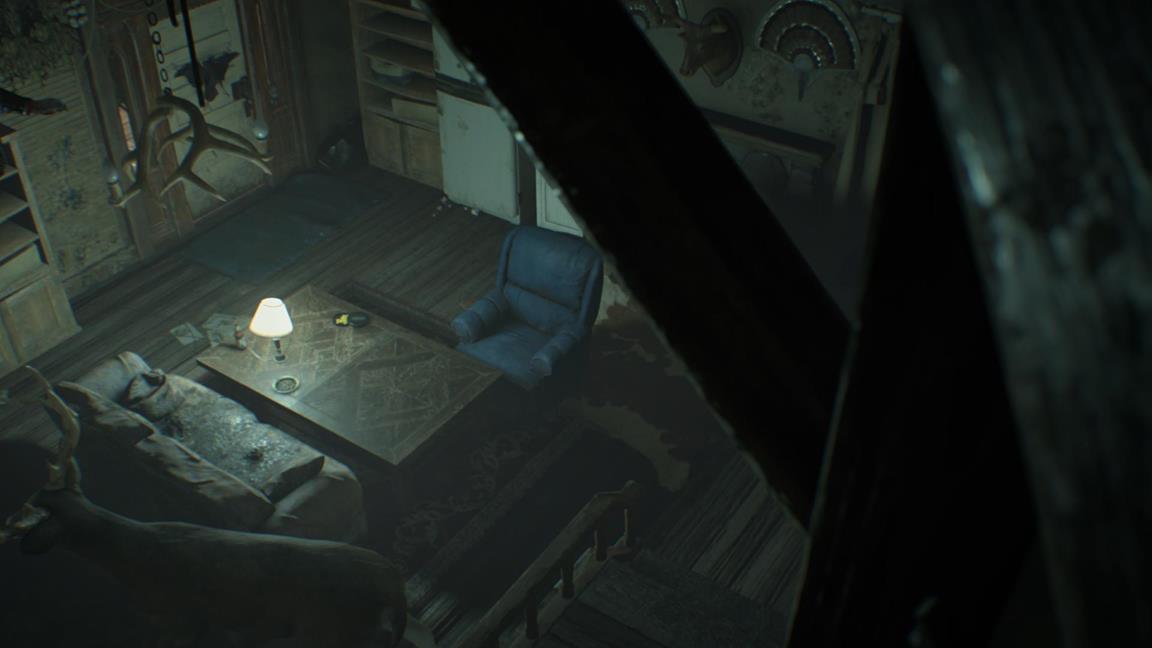 After your adventures upstairs in part three, you’re now hopefully back in the main hall.

With your new Wooden Statuette key item you can now do the main hall’s shadow puzzle. You’ve had a little practice at these in the Mia tape, too. Simply use the wooden statuette you got. It’s misleading because the statue looks nothing like the shadow it casts, so look at the shadow rather than the item when rotating.

You’ll soon open up a secret passageway. Squeeze yourself into the gap and head through. You made it to a new area of the house. Simultaneously breathe a sigh of relief and feel the dread of what is to come. Get used to this feeling.

In this room (with the deer) there’s a lot of optional collectables. Such as:

In the next room (with a child’s drawing on a whiteboard) there’s a few more items:

Get your gun out before you go through the next door.

How to kill the Molded

In this room you’ll encounter your first enemy. You need to get used to these encounters, but here’s our basic advice: Think classic Resident Evil rules. Plant your feet, aim steady, and go for the head or the limbs. Conserve ammo. You might have a lot now thanks to us directing you to pick up everything you’ve passed, but that won’t continue forever. Conservation is key, especially on higher difficulties.

A key thing to understand about the molded is that they aren’t exactly the most sturdy of enemies. Well-placed blasts can shoot off their limbs, which reduces their attack power. Remember you can guard with L1, too.

Once the molded is down, continue around here. There’s a locked Scorpion door, and then some stairs down and another door. Go through the door first: this is your next save room. Safety! Save. There’s some handgun bullets in the dresser here, a locked drawer, plus some clues on how to get the shotgun (though you still can’t yet) in a drawer. 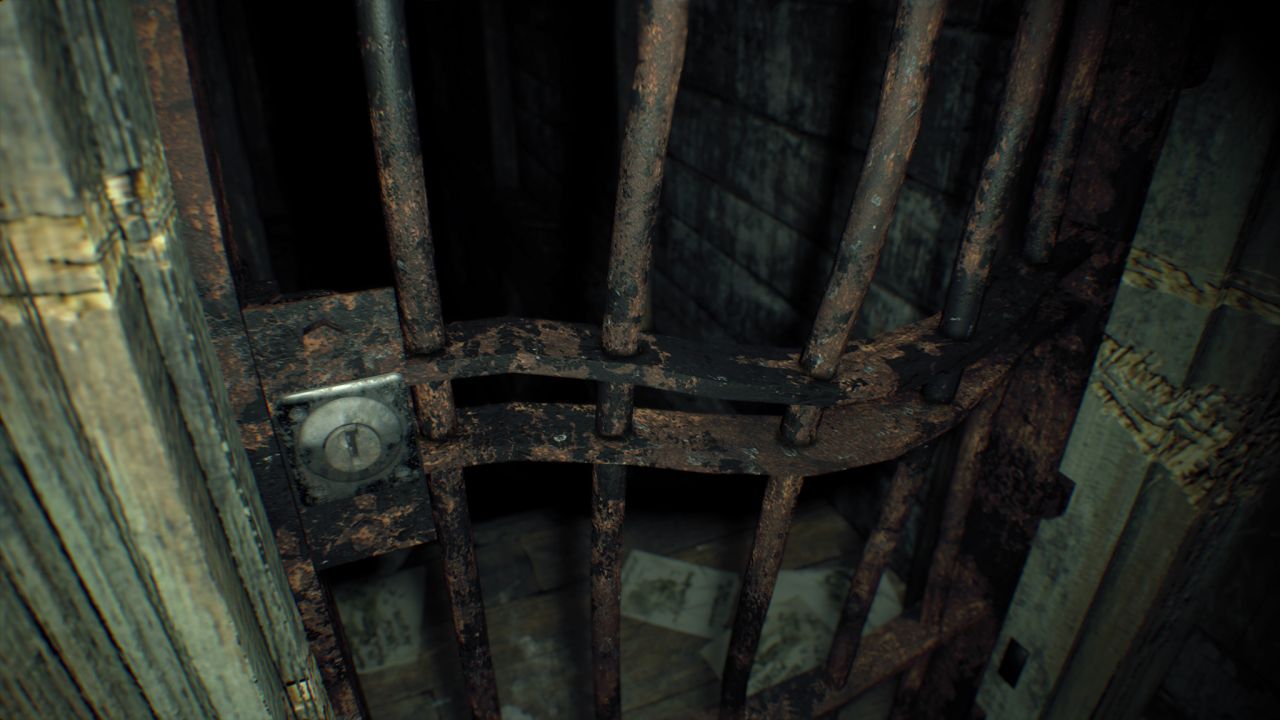 Into the basement to get the Scorpion Key

Time to head down those ominous stairs. Be prepared for combat.

As you enter, the door on your right is locked, so head straight on. You’ll end up encountering an enemy, and eventually you’ll reach a branching path. In one direction is a blue gate. This doesn’t necessarily look like a door since there are more obvious doors, but it is one.

Force that blue gate open. In this room you’ll find:

That’s this room complete for now. There’s a door near the cabinet with the chem fluid too. This is a dead end that needs a Snake Key, but down this path there are also some Psychostimulants and some shotgun shells.

There’s plenty more down here, but let’s call that a wrap for part four. In the next part we’ll use that Scorpion Key to get ourselves a shotgun, which is going to make a world of difference in the upcoming section.