Gear up to survive. 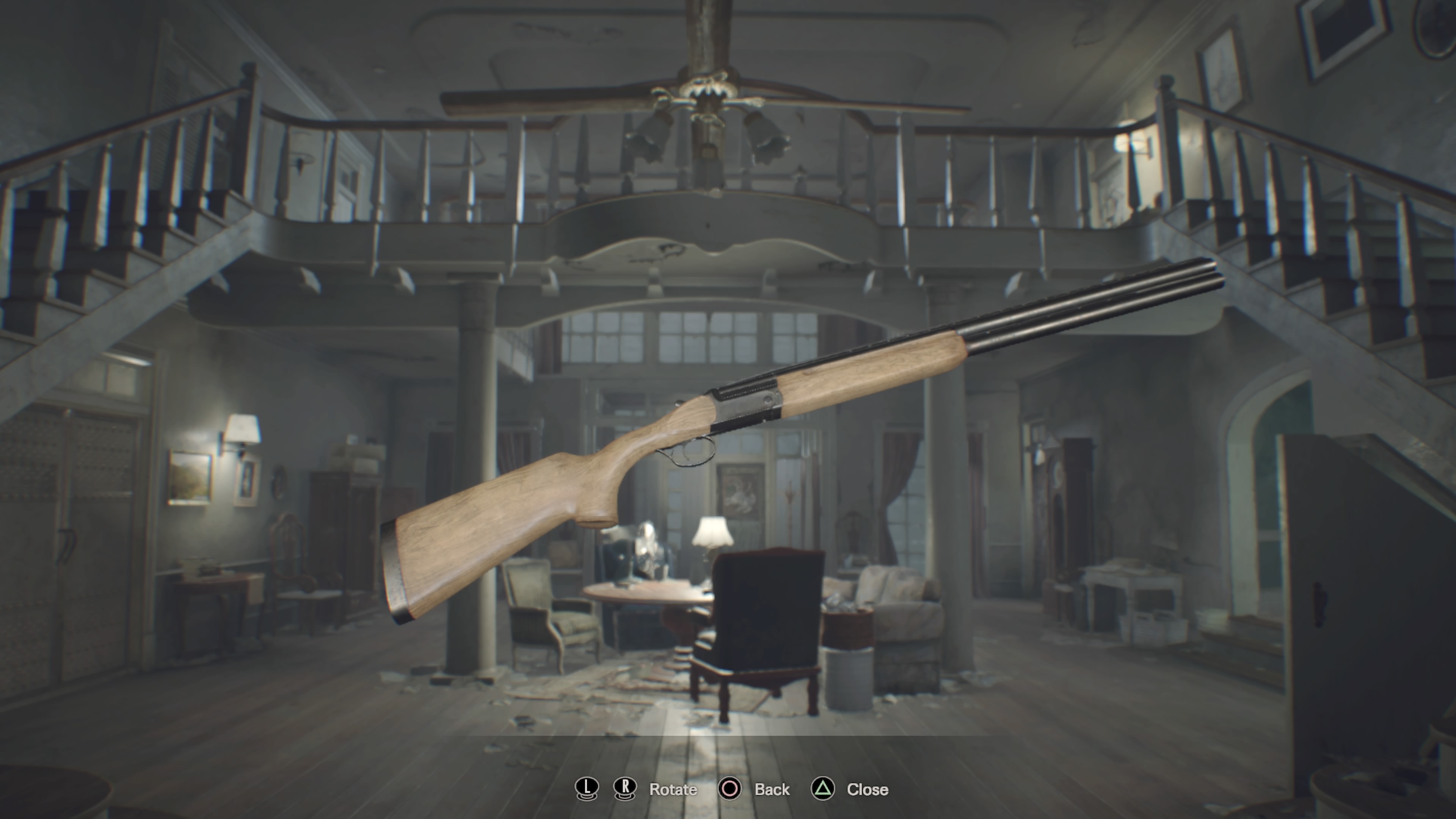 Resident Evil 7 guide: weapon list – all the weapons and where to find them

Resident Evil 7 isn’t all about running and hiding, though the Baker Family are indeed terrifying and seemingly invincible. There are plenty of enemies in the game and plenty of combat battling those enemies – and so there’s quite a number of different weapons throughout the game.

Some weapons are handed to you for free throughout the story. Others are unlocked by completing the game in specific ways. Others, such as the best ‘regular’ pistol in the game, a souped up shotgun and a grenade launcher, are optional and can be missed by the player.

Below we list every weapon that we’ve found in the game, split into a few different sub-categories. Be warned: the nature of this page means there are spoilers for the late half of the game in terms of actual weapons themselves and the locations where they’re found. We don’t go into detail, though. Here they all are: 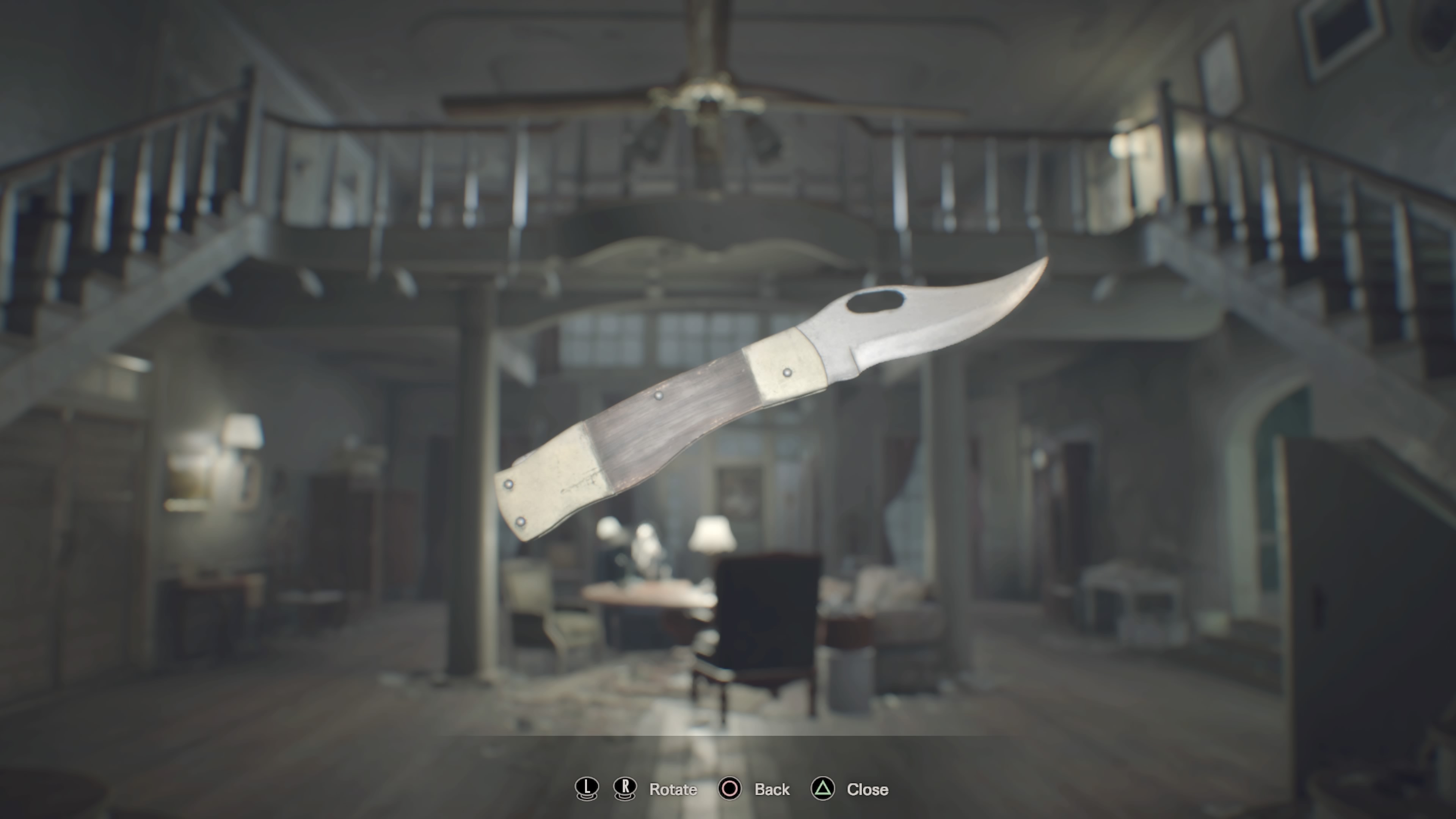 You’ll find this in the Guest House 1F as part of a mandatory story encounter. This weapon is pretty simple – aim and hack away with it, and don’t forget that if you hold in L1/LB you’ll throw up your arms in order to block incoming attacks with the handle – vital for surviving.

You’ll get this weapon in the Main House 1F. A story event will bequeath you the knife in order to progress after you’ve spent a bit of time in the first wing of the main house being stalked by Jack. Like the Axe you can guard and slice with the knife, though we don’t by any means advise you engage enemies with this – in fact, it’s most useful for smashing open certain objects in the environment to see if anything is inside. 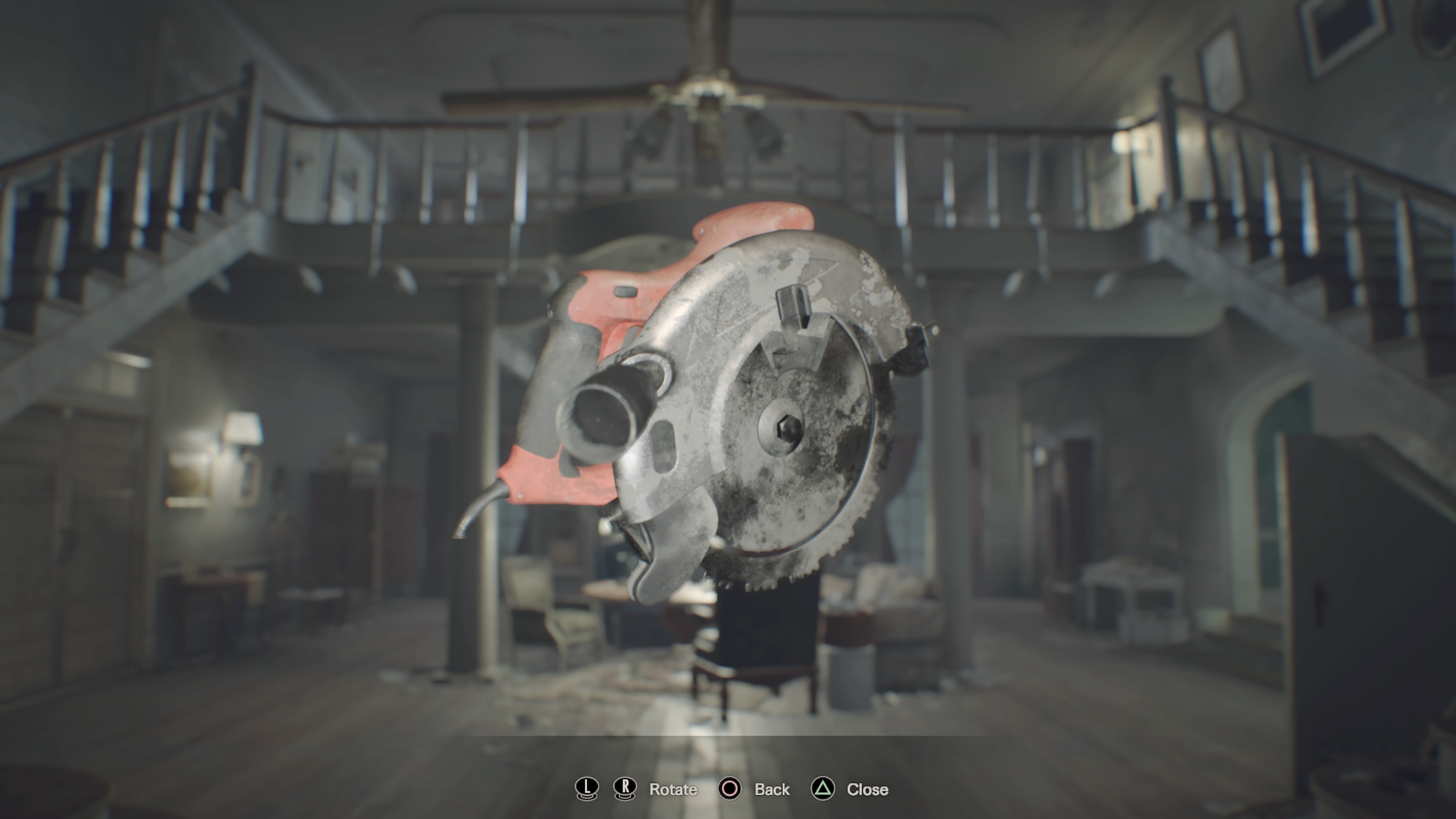 This knife is found in 2F of the Wrecked Ship area later in the game. This is a more professional hunting style knife, and as a result it’s a fair bit more useful than the pocket knife but arguably not quite as good as the Axe. The same basic tactics apply: block liberally and go in hard when the enemy is recovering.

This melee weapon is an unlockable extra you obtain by completing the game. We’re not entirely sure how it unlocks, but it unlocked for us on our second play-through of the game, which was on easy. If we had to guess, it’s tied to either your second completion, seeing both endings or finishing the game on easy.

This melee weapon is absolutely deadly, but it is only provided to you once in the game as part of a scripted boss battle scenario. Here’s hoping we get to use it outside that scenario eventually… PC modders, help! 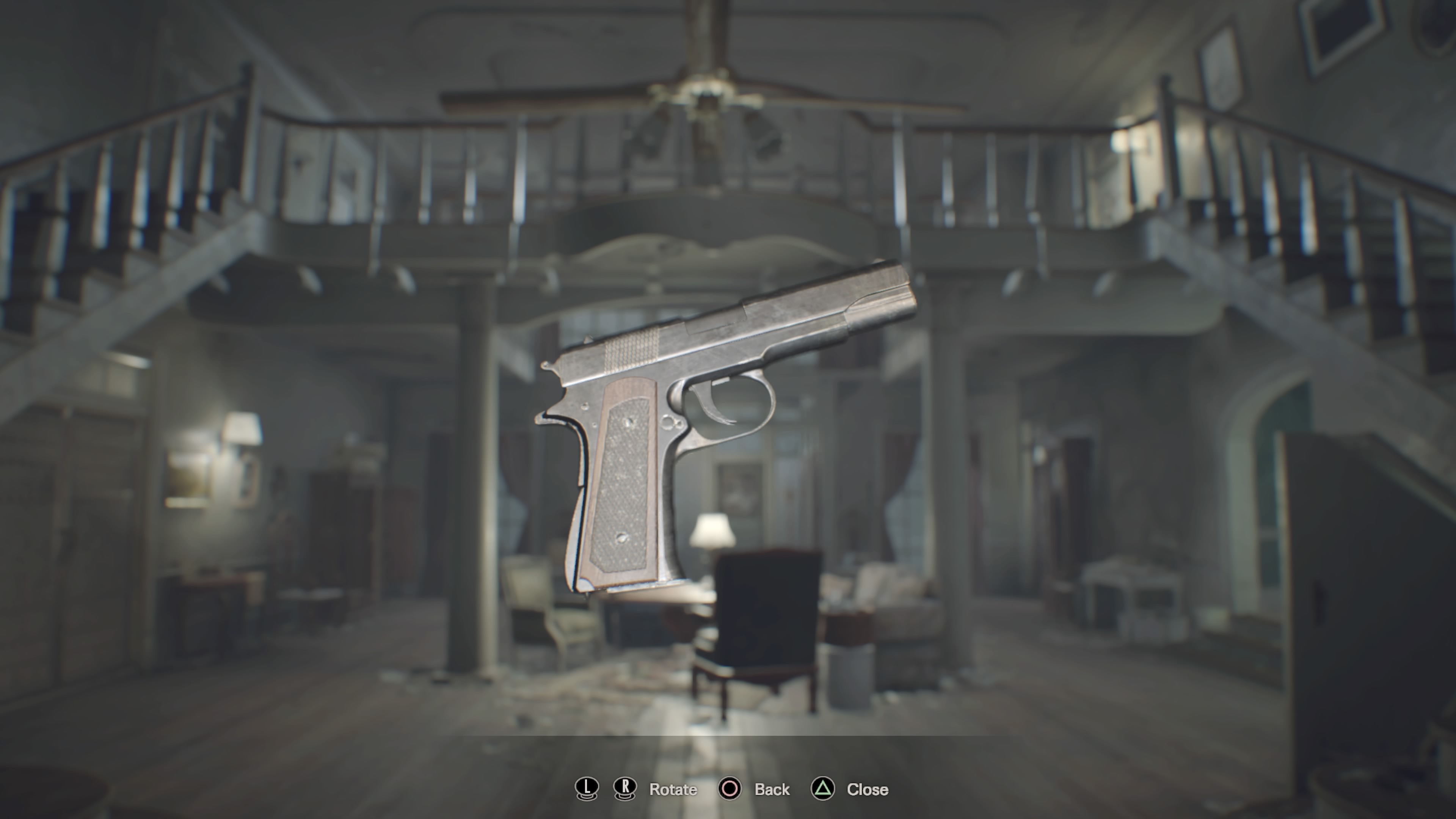 The G17 is the first gun you’ll get in the game proper – you’ll be able to pick it up in the garage when a nasty fight goes down there. One has to imagine it belonged to the cop, and it resembles a Glock 17 (thus the name), which is a common police issue weapon. It has a 10-round magazine, but each shot is generally weaker than the other pistols in the game.

The M19 is actually technically the first gun you find in the game – it’s the one in the attic in the prologue section. Later on, you’ll find this gun sitting around on the bed in the trailer, but it’s broken. Thankfully a repair kit is actually quite nearby – and we’ve got a dedicated guide page on how to find both of those. Once repaired this gun has a 7-shot magazine, smaller than the G17, but also has some more stopping power. It was my go-to gun for most of the game.

A tiny pistol that looks like something a secret agent might carry… which sort of makes sense, come to think of it. This weapon is found on the Wrecked Ship in the Save Room on 1F late in the game. In function terms, this gun is pretty damn similar to the G17 – it has a 10 round magazine and similarly basic stopping power. 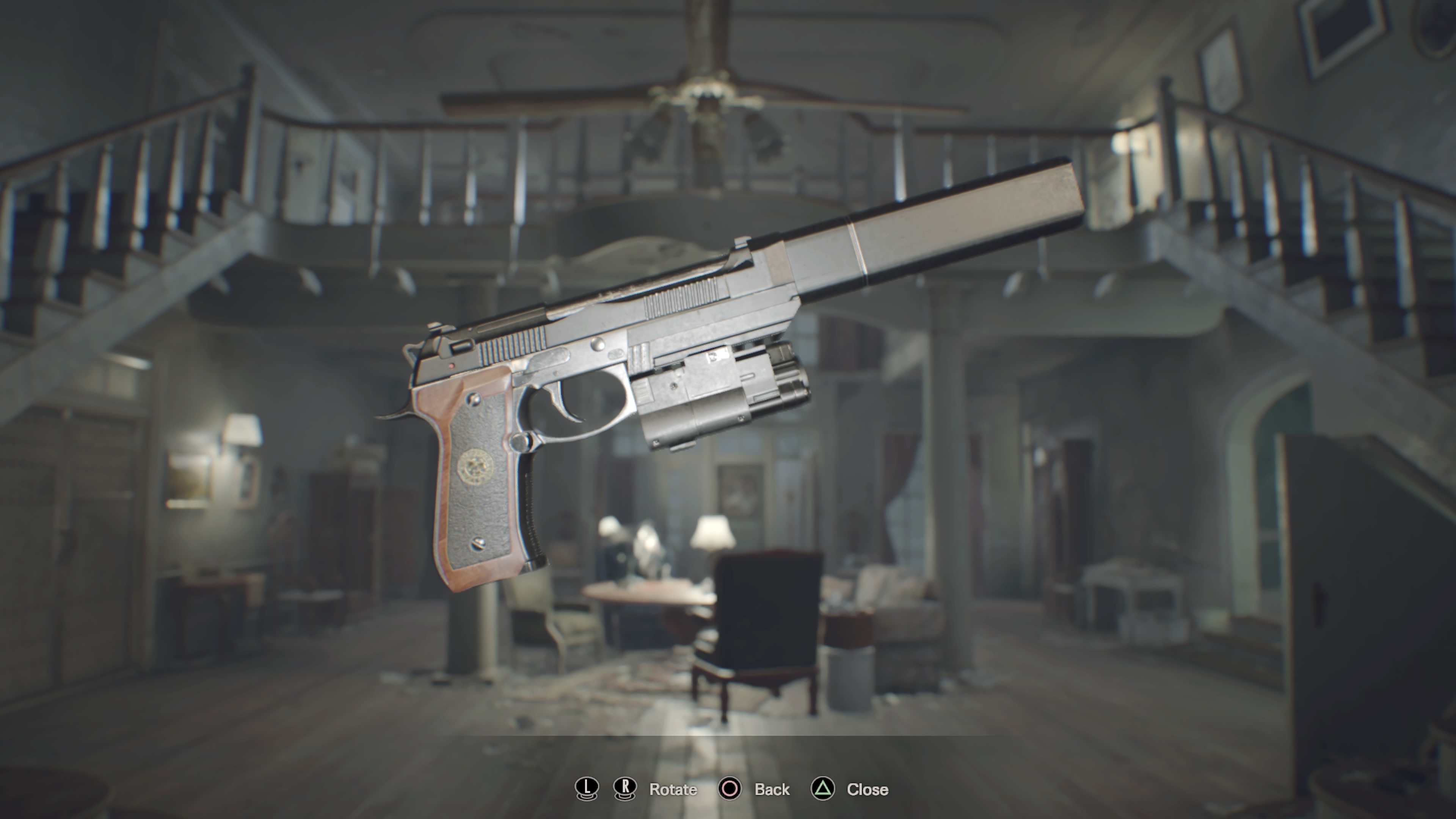 This gun is gifted to you as part of the main story – at the very end. Here’s the kicker, though: once you’ve finished the game once, you get a replica of this gun dumped into your item chest on all subsequent plays. It’s an enormous hand-cannon and while it only has a 3 shot magazine every shot packs an enormous punch while still only using regular pistol ammo. It makes a replay of the game much more fun (and quicker, as enemies drop in a heap).

This revolver is available from as soon as you get out of the house and into the yard, though it’ll cost you 9 antique coins. It’s slow firing and uses a unique and rare kind of ammo, but it also hits like a freight train. A worthwhile upgrade if you have the coins. 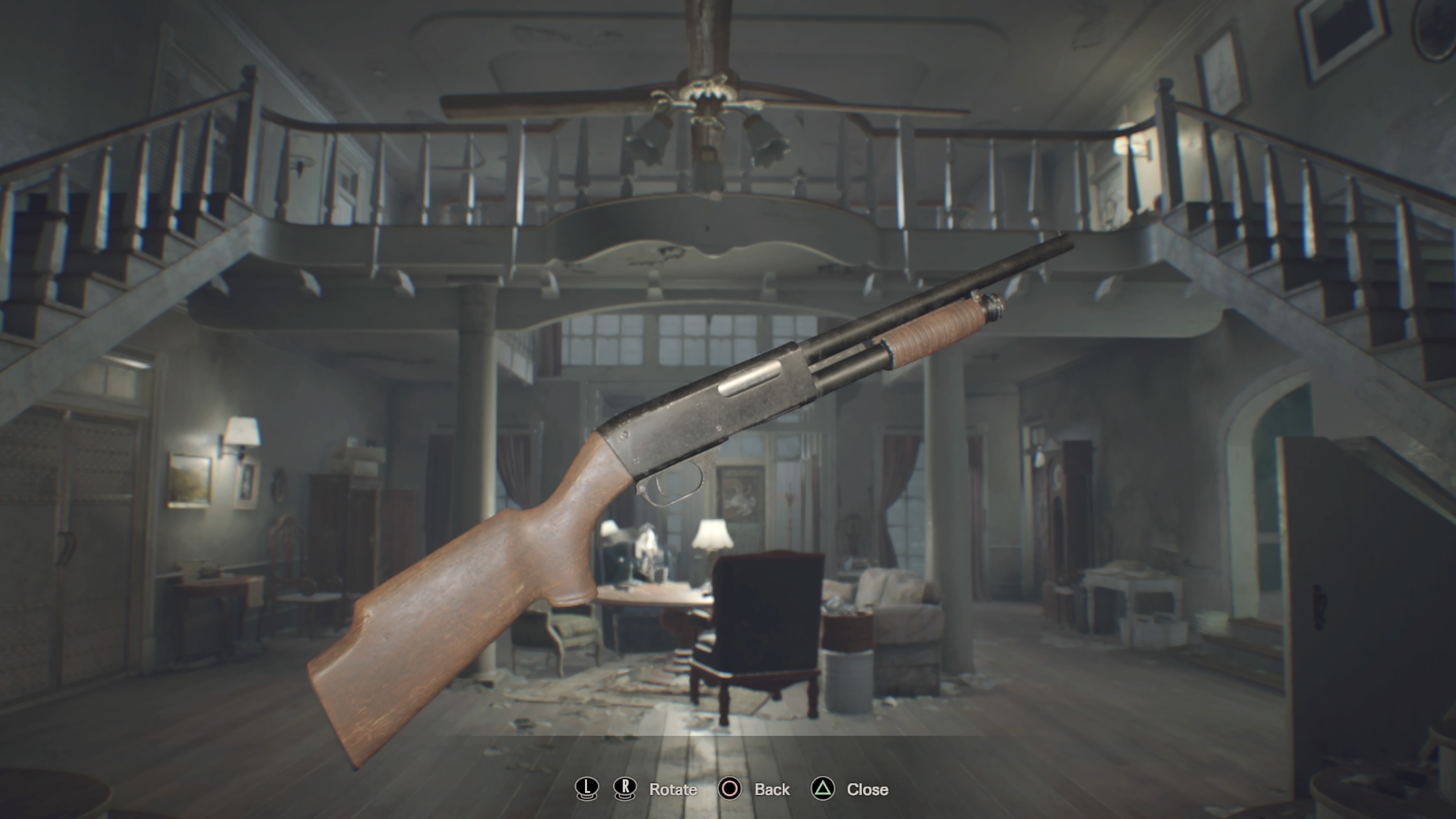 The M37 Shotgun is available to you as soon as you get your hands on the Scorpion Key – we’ve actually got an entire guide page dedicated to explaining how to get it, but the gist is this: in Grandma’s room on the 2F of the main house there is a broken shotgun. You can swap this with the M37 on the plinth in the main hall and keep the M37. The M37 has a wide spread and a 4-shell capacity at any given time. It’s powerful, but you need to be close up to maximize it.

In the last entry we mentioned that broken shotgun in grandma’s room – the M21. Later in the game you have the opportunity to get a toy shotgun that you can place on the plinth, or alternatively you can just trade your M37 with the M21 and leave that shotgun behind. Once you have the broken shotgun again, use the game’s second repair kit – available around the same time you get access to the Toy Shotgun – to repair this gun. This holds two shots only, but is more accurate and packs a bigger punch than the M21. 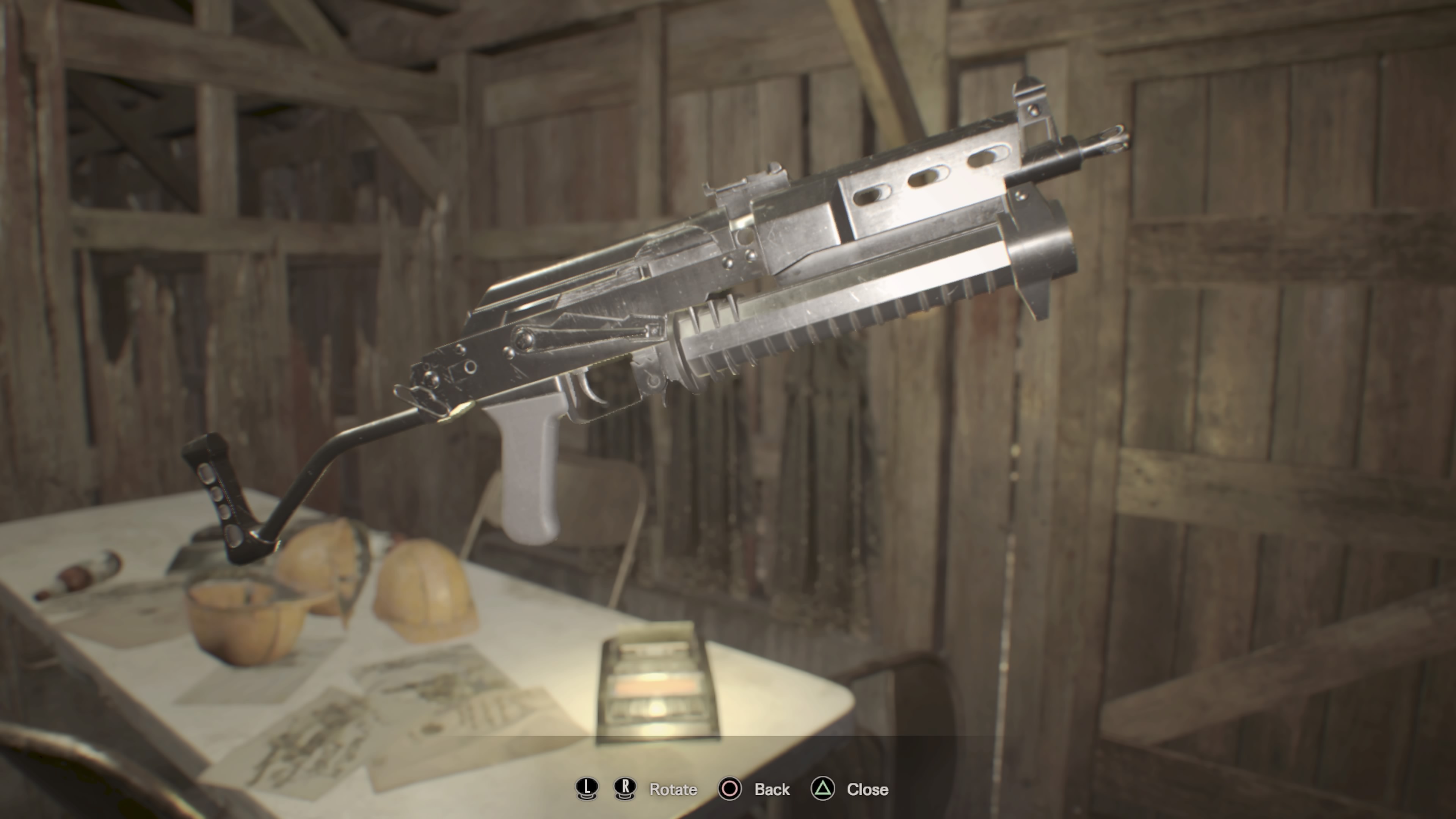 The P19 SMG is obtained at first naturally as part of the main story – it’ll be placed into your hands at the start of a compulsory story-critical VHS tape. Back in the present day, however, you can also find one: It’s in the Captain’s Office on the Wrecked Ship. You have to do a bit of backtracking to get the key to the locker that the P19 is in, but you can nab it easily enough. It’s powerful, especially considering that it has an enormous 64-round magazine – just be careful not to waste bullets thanks to the hefty recoil. 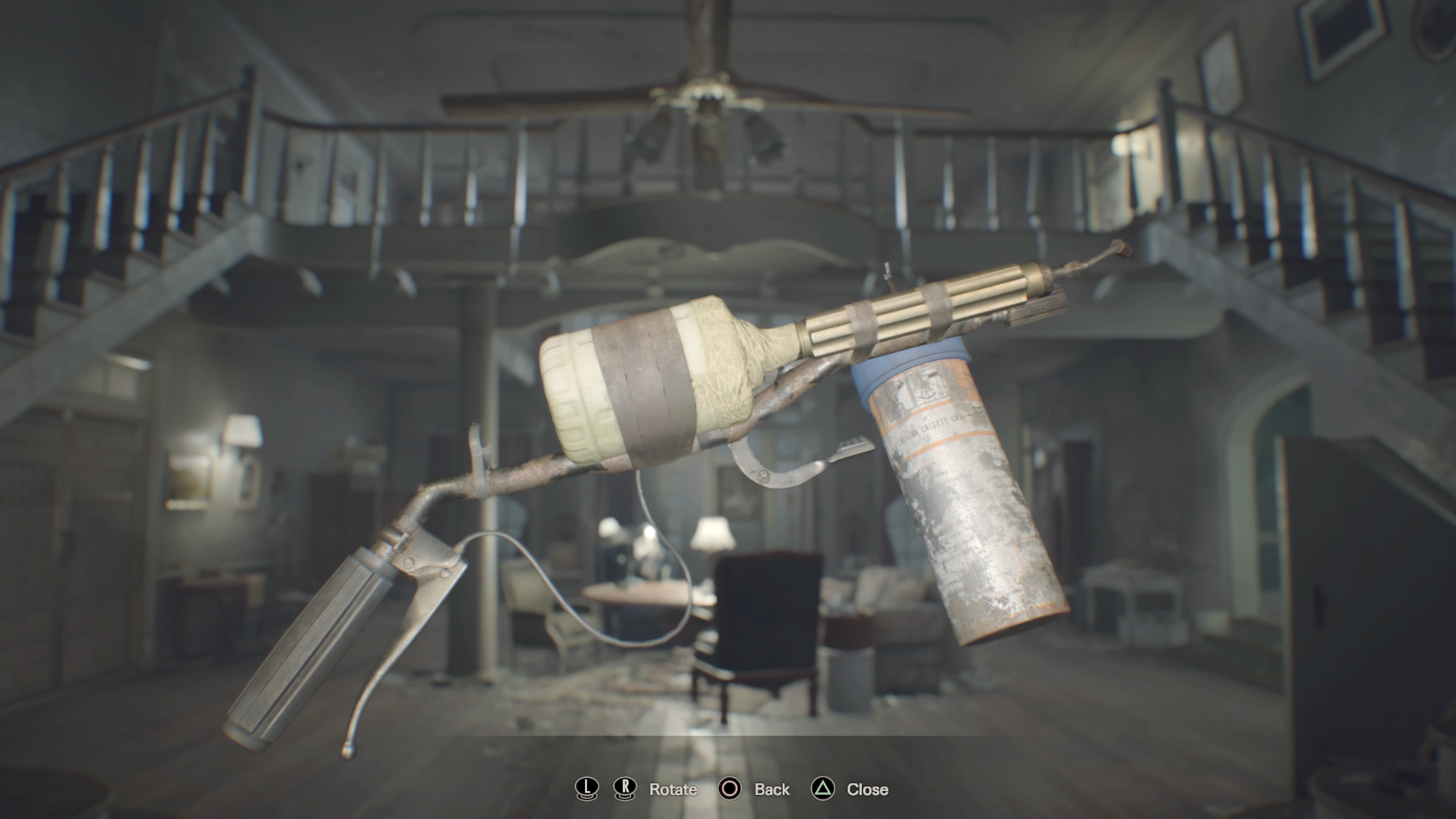 The nature of Resident Evil 7’s setting means that you’re not exactly going to find a rocket launcher or other such heavy weapons just laying around, but there are some makeshift heavy weapons to be had. The Burner is basically a flamethrower and is made up of 2 parts (the burner nozzle and the burner grip) in the Old House 1F. It can hold up to 150 units of gas at any given time, and the flames are great for taking down groups of enemies, who react to being burned.

The grenade launcher plans are found in the storage room off from the Master Bedroom in the main house – perhaps this was a side project of Jack or Lucas? The weapon itself is in storage, a room on 1F of the Main House that requires a Crow Key to enter. You’ll need to backtrack a bit to get it, as we explain in our guide. There are two different grenade types you can craft and both deal significant damage – though my favourite are the flame rounds. Fire is good, y’see.

These actually can be skipped, but they’re also put so forcefully in front of your face at first in a VHS Tape and then in the Wrecked Ship segment that you’ll surely pick at least a few of these makeshift bombs up. Place them down and detonate them from a distance. For bonus points (and a trophy/achievement), kill an enemy by attaching a remote bomb directly to them and then killing them with its detonation.