GOG is celebrating Star Wars Day with a sale spanning 10 days, and titles in the franchise are up to 77% off. 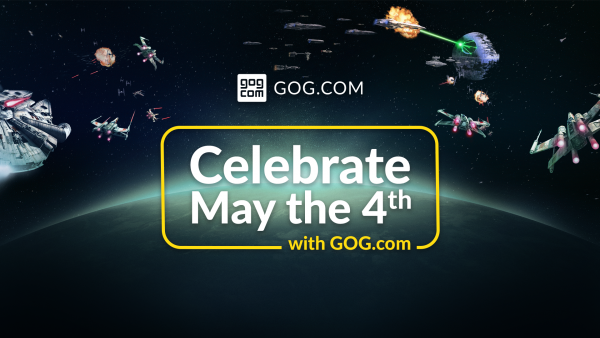 Update: GOG has sent over a correction email stating “the dark side tricked us” on the Star Wars sale. Originally, all titles in the sale were listed for 77% off.

Now, the savings are listed as “up to” 77% off. Here’s a snippet from the email

“We initially launched the Star Wars Sale with a 77% discount on all games,” reads the email. “Unfortunately, it was done by mistake on our side and had to be changed.”

Still, every game featuring “lightsabers, Jedi sorcery, X-Wings, stormtroopers,” and more will be available at a discount.

The Star Wars Sale knocks up to 77% off all respective titles such as Knights of the Old Republic, X-Wing vs. TIE Fighter, the Jedi Knight series and the original Battlefront 2.

Below is the full list of Star Wars titles on sale through GOG. Pricing can be found through the sale page.

Of course, if you already have some of the game on the list, you can’t beat the pricing, as all games, are under $5 a pop.

The Star Wars Sale is live now and runs through May 12.