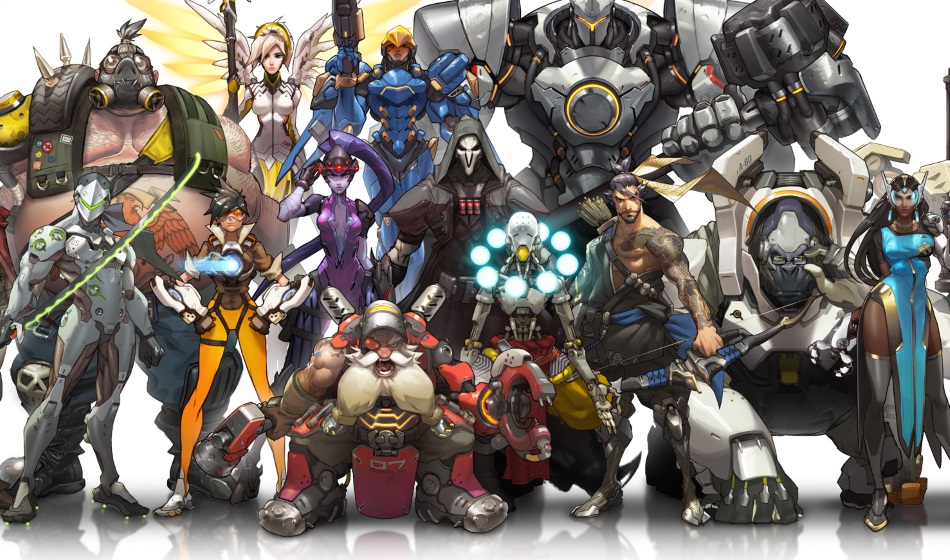 Overwatch’s varied cast of characters is arguably the game’s greatest strength. There’s a hero for everyone’s tastes, and if you get bored of one there’s 20 more to try your hand at.

The fan favourites have emerged over time, with Reinhardt, Mercy, Soldier: 76 and Lucio proving popular across the board. But that doesn’t mean they’re the only heroes worth giving a go. In fact, the five that get picked the least – Orisa, Sombra, Torbjörn, Bastion and Symmetra, according to a variety of stat trackers – all have a lot to offer any team.

Here’s why you should be spending more time with them. 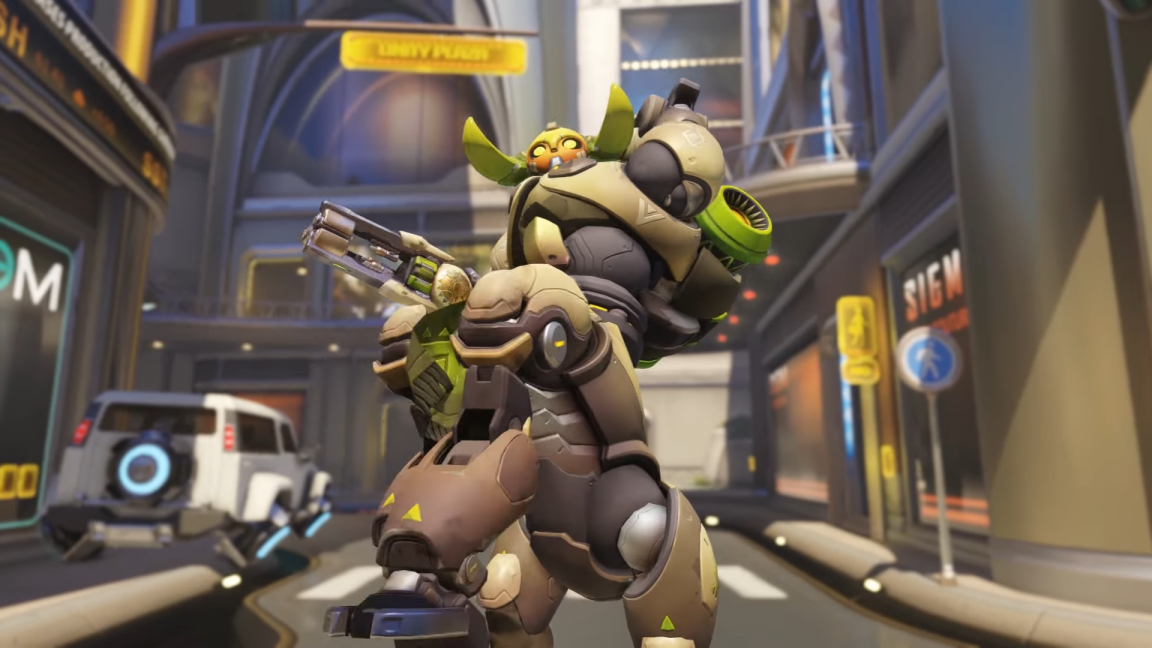 Nobody loves Orisa. She’s the least picked character in Quick Play by far, and within the five least picked heroes in Competitive mode on every platform. It’s understandable – as one of the newest heroes in the game, players haven’t had as much chance to road test her and master her abilities. But they’re missing out. Her powers are potent, and she’s a good tank to base your team around.

Chief among her abilities is her barrier, which can soak up 900 HP of damage before it goes down. It also has a relatively short cooldown of 12 seconds, so it’s likely that your second barrier will be ready or nearly ready as your first goes down. This means that if you plan ahead, you have 1800 HP worth of protection. That’s a big deal, and only 200 less than Reinhardt’s ever-present Barrier Field. It works particularly well for protecting choke points on defence, but it can also act as a base for a push on offence.

Fortify is another powerful ability that can act as a counter to other heroes, especially tanks. For four seconds all incoming damage is reduced by 50 percent and Orisa becomes immune to all crowd control. It blocks Rheinhardt’s ultimate, Earthshatter, stops Roadhog’s hook in its tracks, and nullifies McCree’s flashbang, among other things (the full list can be found here).

But there’s more to Orisa than just longevity on the battlefield. Her right click Halt! ability launches a sphere that pulls enemies towards it and slows them upon detonation, and it’s a tool for every occasion. Use it to move Bastion out of position when he’s locking down your team in turret configuration, disorientate enemies as they start to make a push through a choke point, or fling enemies off ledges to their death.

Add it all together and Orisa becomes a versatile character. Her primary weapon might not do as much work as some others, but her abilities means she can hold her own one on one against any hero in the game. She’s a worthy addition to any team. 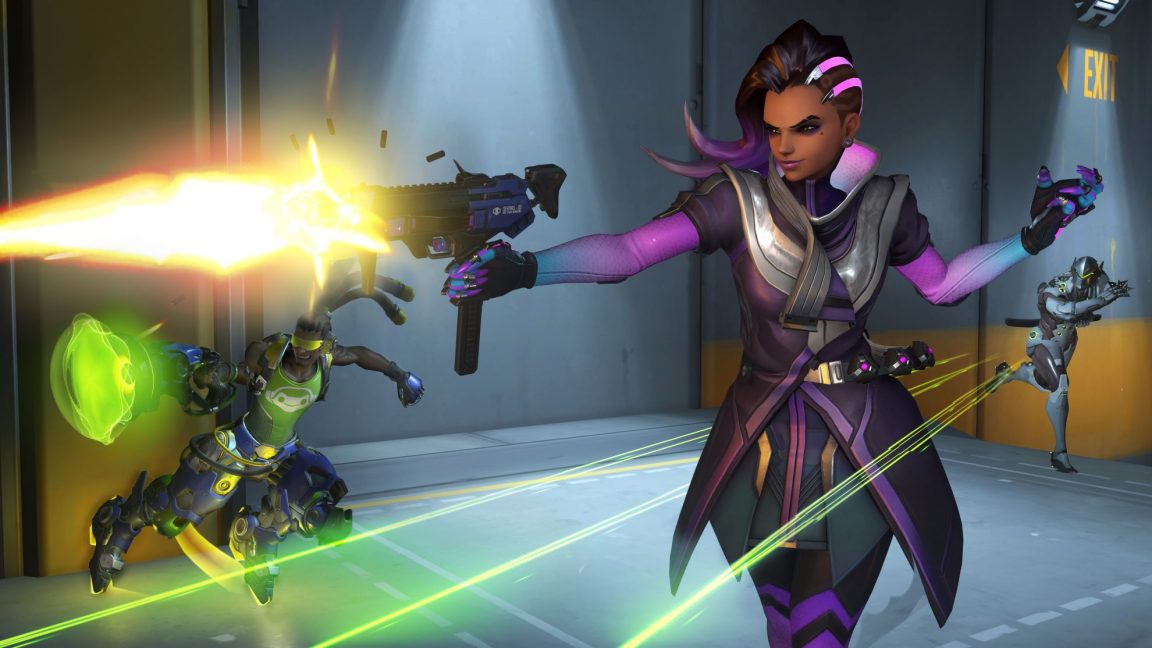 Another character that has been added since the game released, Sombra is the second-least popular after Orisa. She’s got a reputation for being a mild annoyance – but in the right hands she can turn the tide of a fight.

She’s better than any other character at harassing and distracting enemies on the flanks, while using her hacking ability to set up teammates for kills – a ‘hack and distract’ strategy. Hacking can cause mayhem for the other team, disabling a lot of heroes’ abilities altogether. Hack D.VA and she turns from a killing machine to a useless hunk of metal, hack a Tracer and she’s no longer a threat.

Her ultimate is particularly powerful – an EMP that destroys barriers, shields, and hacks any enemies in its path, disabling abilities. It can destroy enemy defences to set up for a perfect push, or bring an enemy push crumbling down, forcing them to retreat. It also builds relatively quickly if you hack health packs and enemies often.

Sombra can easily get behind the enemy team by popping her Thermoptic Camo, which turns her invisible. But her most important ability is the translocator, which she can throw and then and teleport to within the next 15 seconds. It allows her to reach high ground, which is the best way to find enemies to hack. But more importantly, it provides an escape route. Place it near a health pack and you can teleport back if you get overwhelmed.

Sombra is by no means a duelling class, and her primary weapon isn’t the most powerful. But if you stay on the flanks and get behind enemies, you can be a real nuisance, and your ultimate is one of the best in the game for setting up a full team push. 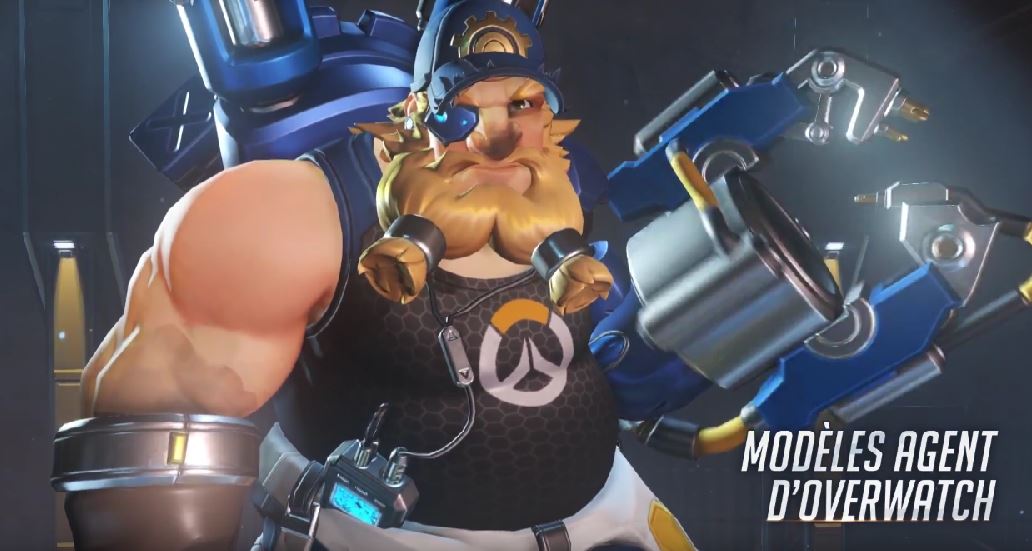 At first glance, Torbjörn might appear a limited hero pick. Throw down a turret, hit it to upgrade, and then hang around taking pot shots at the enemy. That might be why he’s the sixth least played in Quick Play and second least in Competitive. Admittedly, he is pretty easy to get the hang of, but you shouldn’t forget just how much damage he can deal.

Place his turret it in the right place and it can do a tonne of work without you having to put yourself in danger, locking down chokes on defence. It’s also cheap to build, costing no scrap, so as soon as one drops you can build another.

His Rivet gun also puts out a lot of pain – more than most people think, and if you can get the hang of its projectile drop off then you can shoot yourself out of sticky situations. Its primary fire does 140HP damage with a headshot, and there’s no drop-off at range. Use it to put snipers off their stride and pick up kills at mid-range.

The secondary fire is a bit of tankbuster. Land a headshot up close and you’re looking at 300 damage, melting squishy targets and putting a Roadhog down in no time at all.

His ultimate turns him into a one-man wrecking ball. Both he and the turret are very hard to stop for the full 12 seconds it’s active and he can destroy most heroes. It’s perfect for countering an enemy push or wiping them out before they can organise themselves.

Add the fact that he can lay down armour packs for allies – and that can make all the difference in a one-on-one – and you have a hero that can be a brick wall on defence. Build ’em up, break ’em down. 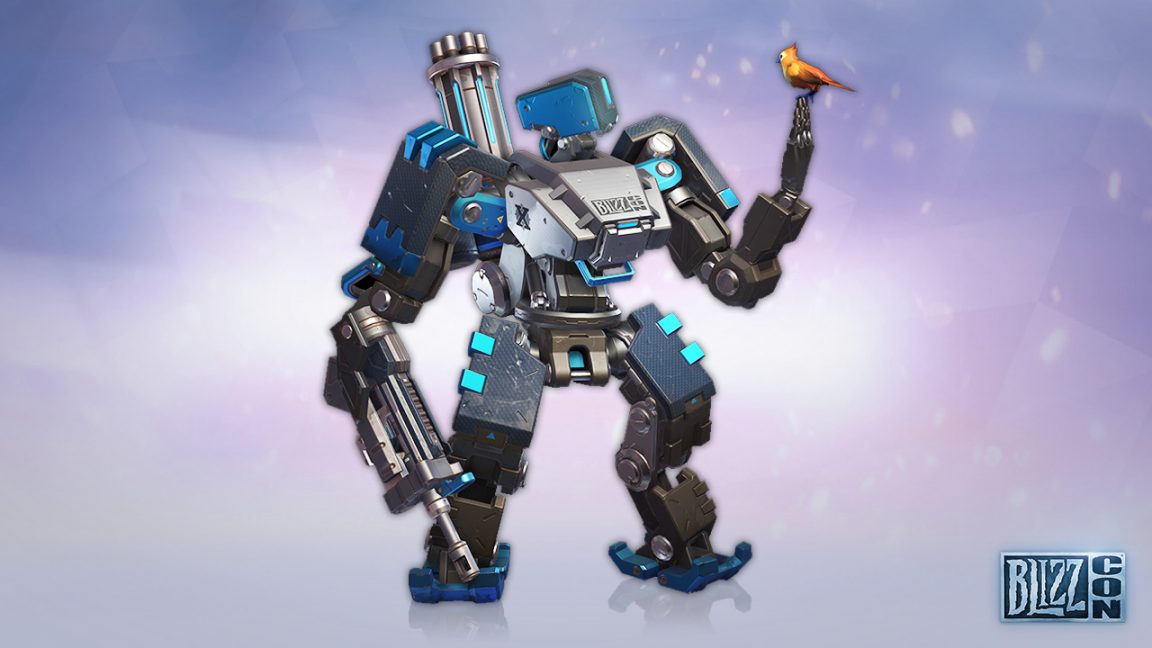 The fact that Bastion dishes out more damage than any other class when in sentry configuration has not lured as many players as Blizzard might have hoped. The bird-loving robot is the third least popular hero on both Competitive and Quick Play modes, and is seen as a one-trick pony. While it’s true that he’s at his most potent when ripping into enemies while stationery, there’s more to him than you might think.

The key to Bastion is juggling his sentry and recon configurations. If you’ve got a good turret position – somewhere that’s hard to get at for enemies, preferably on raised ground – then you’re bound to pick up a few kills. It’s especially good for taking out slow-moving tanks and Reinhardt’s shields, stopping enemy pushes.

But you need to keep moving, never giving the other team a chance to focus fire on you. Don’t be afraid to rely on his submachine gun – it’s very accurate and dishes out eight rounds per second that deal up to 20 damage each, which is pretty nasty.

Bastion has a lot of staying power thanks to his deep health pool and ability to self-heal, which cools down quickly. This allows him to become the focus point of a defence.

If teamed up with a healer and a Reinhardt shield, there are few characters better at locking down an area, especially on Assault maps such as Hanamura. There’s little the enemy can do if you keep changing spots and stay unpredictable. If you’re feeling aggressive, then flanking an attacking team can work – if you get the drop on your foes you can shut down entire pushes (and you can try the same if you’re attacking, too).

Yes, he’s a pretty simple character with limited abilities, but he can easily become the main damage dealer on a team. 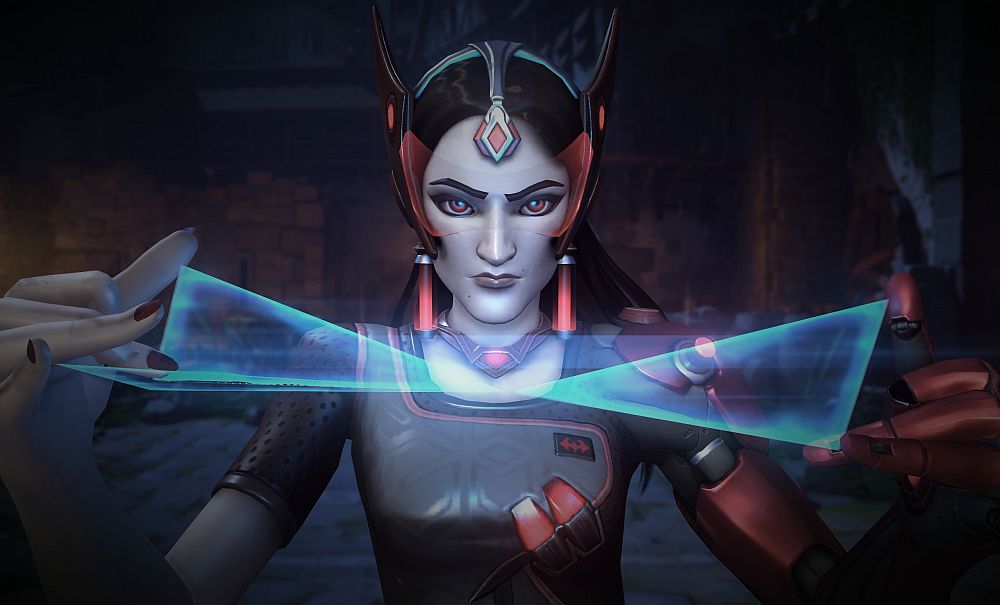 There’s no way around it: Symmetra is all about her ult (well, one of them, anyway). That means her playstyle can feel quite passive, which is perhaps why she’s the fifth-least used character in the game. But don’t count her out, because she can be a vital part of a team of six, particularly on defence.

What that ultimate does is create a teleporter, allowing allies to go from the spawn room to wherever you’ve placed it near the front lines. That’s pretty huge. It means allies get back into fights a lot quicker, titling the odds in your teams’ favour.

To get that ultimate you’re going to have to block damage with your photon barrier and get in your enemies’ faces. Her primary weapon – the Photon Projector Beam – can deal some serious damage at short range. It requires little aim because it locks onto enemies, which is great for tackling agile characters, and damage gradually ramps up to a ceiling of 120 per second. That’s deadly for lower HP enemies, and can cause tanks a lot of trouble, especially if you fight as part of your team’s main grouping.

Best of all, that damage ramp up continues for a short period after you kill an enemy, so you can quickly end up on a killing spree if the opposition is disconnected. She’s also a useful counter to specific enemies. Genji cannot deflect her beam, and her secondary fire enemy ball penetrates through Reinhardt and Winston’s shield.

Lastly, she’s decent at locking down chokes with her six mini turrets, which you can place as you please. On their own they barely tickle an enemy, but add all six together and throw in a couple of teammates, and they become a real pain to deal with.

But remember: it’s all about the ult. Stick it down in a hidden spot and it can be a gamechanger, especially on maps with long treks from spawn like Temple of Anubis or Route 66. It’s reason enough to try her out – the fact that she gets flashy highlights is an added bonus.