SUROS Regime, one of the oldest Exotics in Destiny, is on sale this week. 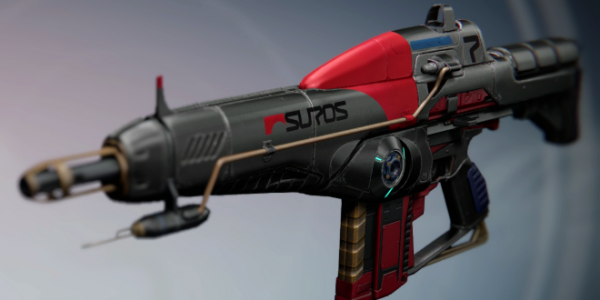 Xur’s weapon pick this week is SUROS Regime, the updated Year 3 version. SUROS Regime was once a mighty auto rifle, and used to be considered one of the best Exotic weapons at one point.

Things have changed quite a bit since then, however, and although the weapon isn’t necessarily bad, it’s outmatched by other options. When it comes to comparable Exotics, Red Death beats it in almost every category.

SUROS Regime isn’t big in PvP, either, even with its Legacy perk that has a chance to return health on kill. You can find a use for it in the Iron Banner, but it’s not a top pick there. As far as other alternatives, Trials of Osiris’ Doctrine of Passing, and the Hakke Arminius-D are also good substitutes.

In short: it’s one for the collection at this point, and chances are, you’ve already played with it in Year 1 and Year 2.