Humble Bundle offers a bunch of frontier-themed games this time. 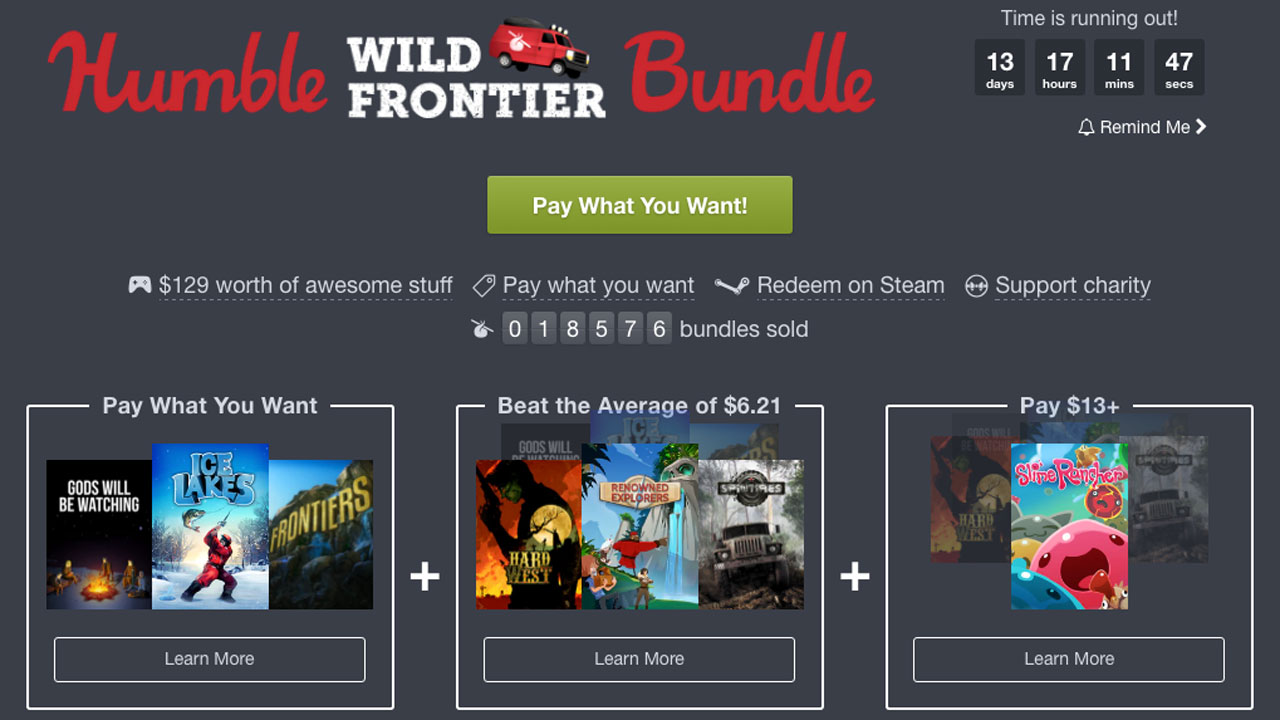 The latest Humble Bundle is called Wild Frontier and makes good on this theme in a wide variety of ways.

The base pay-what-you-want tier gets you Gods Will Be Watching, a point-and-click thriller which generated a fair bit of buzz back in 2014, as well as Ice Lakes, which has VR support, and the ambitious survival adventure Frontiers, a frequently updated Early Access title.

Pony up more than the average – $6.21 at time of writing – and you can also score Hard West, a cowboy XCOM dripping with personality, Renowned Explorers: International Society, which comes from the same team as the excellent Reus, and Spintires, a game about getting things stuck in mud and then getting them out again.

The premium $13 tier adds Slime Rancher, which has amazing user reviews and will probably be the major draw card for many people.

The majority of games are available on Linux and Mac as well as PC, but are also offered through Steam keys only – sorry, anti-DRM crew.

As ever, you decide how your payment is split between organisers (including us), developers and charity. The nominated beneficiary is Charity: Water, but you can also name a second cause of your own choosing.

Well? Go forth, explore new places beyond the reach of the law, and take advantage.