We now have all the details about the deluxe edition of Star Wars: Battlefront 2, and what everyone gets for pre-ordering. 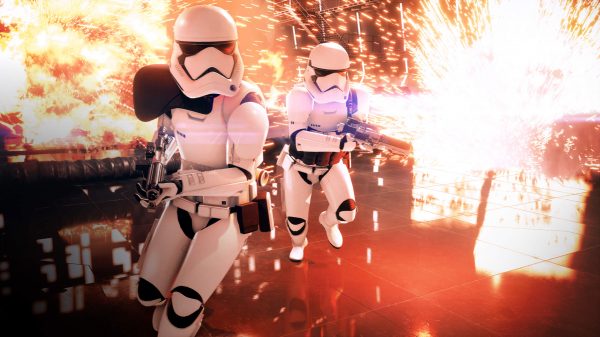 EA officially unveiled Star Wars: Battlefront 2 over the weekend with the help of a surprisingly dark trailer. Since then, more information has emerged about a number of key aspects.

We learned about its class shooter ambitions, the pedigree of the game’s main writer, even the EA/Origin Access launch date. Now, EA has confirmed the content included in the more expensive deluxe edition, as well as all pre-order bonuses.

Buying the Elite Trooper deluxe edition ($80) gets you three days of early access, unlocking the game on November 14. As for deluxe edition-exclusive content, you’re getting upgraded versions of all four classes.

Here’s what that entails: