Spend a week with a shiny bit of hardware and its hazy attractions become crystal clear. Probably not just the painkillers talking. 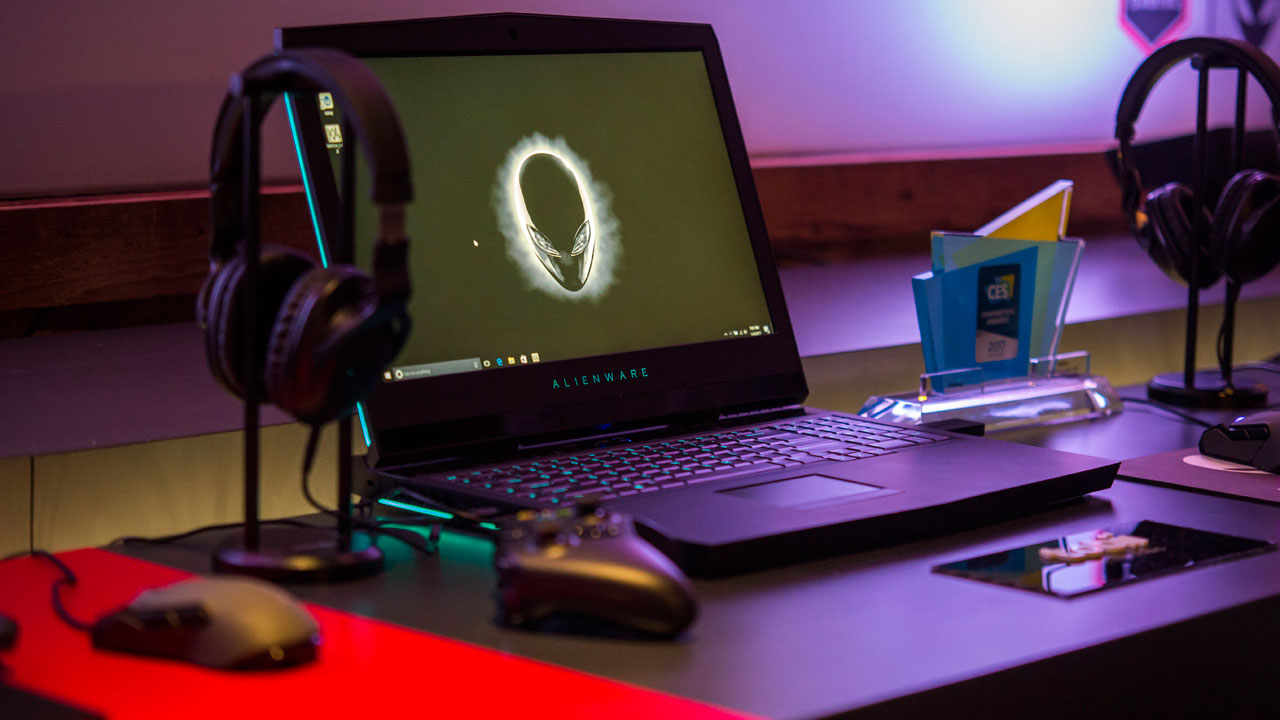 When EA released the minimum stats for Mass Effect Andromeda, I fired up the old gaming box and checked my hardware; it had been a while, and I don’t really pay attention to the scene, so I had no idea where I was at, relative.

The answer turned out to be: quite far behind. Back in 2011, it was a pretty good machine. Six years later, not so much. I had thought I might need a new GPU, maybe, but it turns out I need a new CPU, too, and preferably more RAM, and a new motherboard and PSU to support these things, and – ugh.

I expected to say something like: an okay stopgap solution, but not really right for me. Honestly, though: I don’t really want to give this thing back. It’s much sexier and more convenient than I would have credited.

Since my ME3 multiplayer crew was on PC, and my current hardware budget just about adds up to enough funding to purchase a hammer if it’s not a very good one, I wrote off to Alienware’s Australian PR representative to ask about getting a loaner, just to get me through Mass Effect Andromeda.

To my delight – and relief, as deadlines were looming – an Alienware 17 with a GTX 1070 was soon winging its way to me.

When I asked for the loaner, I thought it might be interesting to write a little bit about my experience with the hardware. I expected the resulting article to say something like: an okay stopgap solution, but not really right for me.

“Obviously a gaming laptop is a nonsense under-powered over-priced device category and it will be a rubbish experience,” I thought, regurgitating opinions from Master Race forum posts, “But who cares? It’s only temporary.”

Honestly, though: I don’t really want to give this thing back. It’s much sexier and more convenient than I would have credited.

My initial experience with the Alienware 17 was pretty positive. It ships in a nice simple case that’s quick to pack and unpack, and is solid enough to keep hold of for future transport or storage. It’s not loaded down with manufacturer firmware, as I admit to expecting, and it runs Windows 10 in a delightfully snappy way that almost reconciles me to the OS; on my old box, it’s a sore trial.

Although there are only two USB ports, which is a bit of a bummer, a non-powered hub allowed me to get my ridiculous Mass Effect-branded gaming keyboard and mouse plugged in along with a USB headset. Finding the connectors in ambient lighting was a bit of a chore, though; I had to get out a torch.

With that sorted out, I picked my tower up off the desk and swapped it out for the laptop, plugged into my monitor via bog-standard HDMI, and off we went.

It was … fine? What I wanted was substitute for my desktop machine that could run Mass Effect Andromeda, and I got it. I don’t care much about frame rate, resolution and all that graphics guff as long as it all looks and runs, you know, decent. I don’t need to turn the grass shadows up to 11 or whatever, and I’m not very good at writing about that sort of thing.

I can say I got what I wanted, though: a stress-free set up and Mass Effect Andromeda running at reasonably high graphics settings without the groaning and wheezing my old tower kicks up if I dare to open a second window. I was like: good, this is all fine.

Then I hurt my back, and suddenly it was not fine. It was great.

Glamour shots showing off the slim profile from various angles.

I don’t want to talk about what happened to my back and why, because you’re not my doctor or my physiotherapist, but the upshot was I found it very, very painful to sit for a few days. If I had to be still for 50 minutes in every hour, as my desk job requires, it was better for my recovering back to lie down.

In some ways I’m really glad it happened, because it made me do something I would not otherwise have considered: I took the laptop off my desk, and set it free to spread its beautiful wings.

With a bit of tinkering, I rigged up one of those breakfast-in-bed trays on a slant, with some straps to hold the laptop securely in place, so I could see the screen at a comfortable angle while lying completely flat. I ditched the keyboard and mouse for a generic Xbox-style control pad I had lying around.

This would not have been quite as simple to arrange with a desktop, and it reminded me that a laptop’s portability has many benefits – but the really important bit is that it got me to look at the laptop’s display rather than my monitor.

Holy shit, cats: the screen on this thing is freaking beautiful. If anything was going to convince me that it is time to move from what I thought was the perfectly acceptable HD experience of my current monitor and telly to some sort of whizz-bang 4K set up, it was this glorious display, inches from my face.

Alienware-recorded sample footage of Overwatch running on an Alienware 17.

Except, of course, that I can’t afford a big old 4K TV at this time – not when I need to get a new PC. But if someone were to somehow combine the two in some sort of easy package, which worked out at less than the price of the two of them purchased separately, and with which I could replace both my gaming desktop and the laptop I use for work… That’s an entirely different story.

The end of my story is that I am seriously considering buying an Alienware 17 with the sexiest screen and all the trimmings. I’ve gone from sneering at the whole idea of gaming laptops (you can’t upgrade parts! It’s expensive! It’s not as powerful as the equivalent desktop!) to understanding just what it is about gaming laptops that appeals: the plug and play, the portability, the affordability when you look at it as a package deal for work and gaming rather than a substitute for a dedicated, high-end desktop.

(I should mention that you can in fact improve an Alienware laptop’s capabilites with an expansion box capable of taking full-size GPUs. So if you want to turn those dials up to ultra 11, there’s an option there, while retaining all the laptop’s benefits. Some other brands in this category offer similar solutions.) 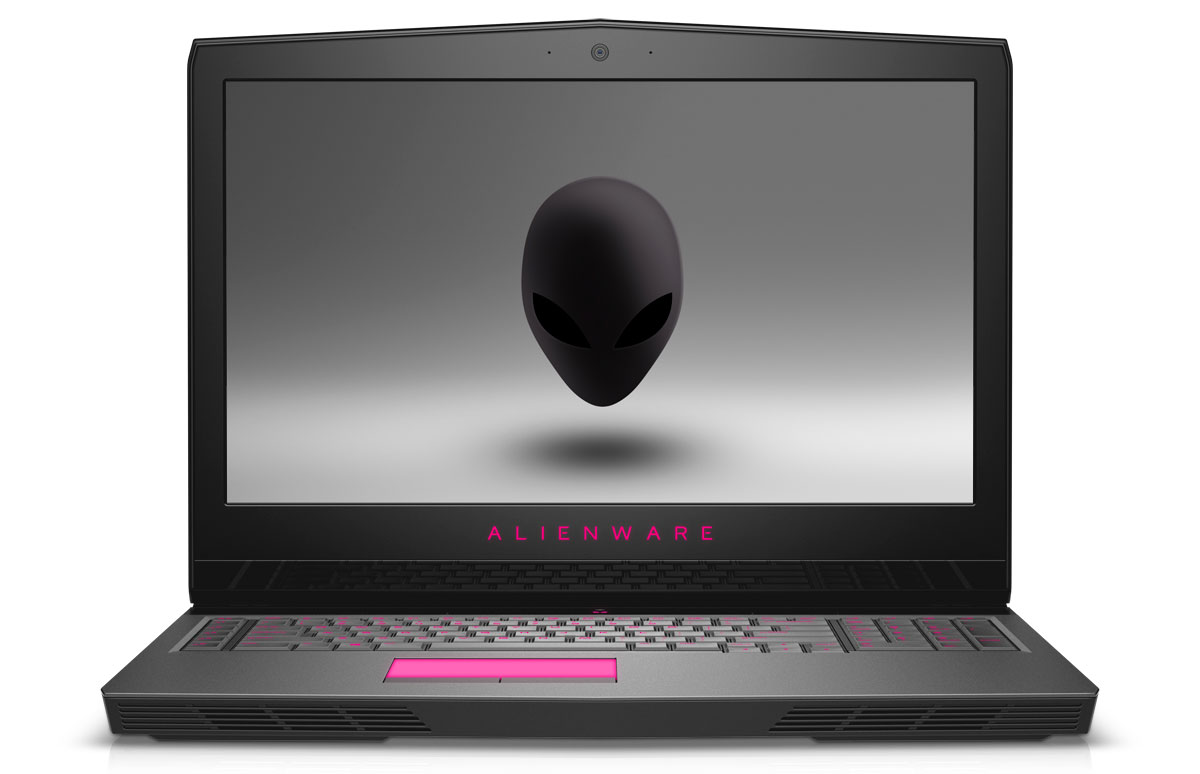 I’m not one of nature’s PC gamers. I don’t like upgrading all the time. The race for biggest and best does not please me. I am capable of troubleshooting hardware, but I don’t enjoy it; I’d rather stuff just work, and someone else be accountable if it doesn’t.

If you are one of the many PC gamers who does enjoy that part of it, you may never be satisfied with anything but a full sized, full powered desktop you can control and customise every piece of. I totally get that.

But if you just want to get into PC gaming – the world of mods, proper server browsers, LAN parties and far greater breadth of indie releases – with console-like simplicity, this seems a terrific way to do it, offering a much higher quality experience than I expected. It really surprised me.

Also, you can probably justify it as a work expense, since it does everything a normal Windows box does, with portability to boot. Just between you, me and the tax man.