It’s not unfair to characterise Xbox Scorpio as a more powerful Xbox One S. 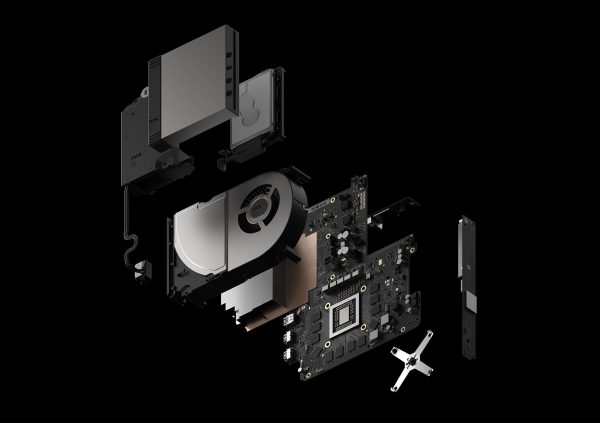 The internals of Xbox Scorpio were laid bare yesterday. So many exciting details were revealed about the incredibly powerful console, but a few things inevitably got lost in the noise.

Among those is confirmation that, much like Xbox One S, Xbox Scorpio will not have a dedicated Kinect port at the back. What’s more, the console will be Microsoft’s second, also after Xbox One S, to do away with the bulky power brick.

The details were shared by Digital Foundry in its report, revealing that though the port is gone, Kinect itself is supported. The only way to hook one up to Scorpio will be through the $40 adapter that released alongside Xbox One S.

An internal power supply, especially given just how advanced the specs are, is big achievement. And though this indeed was the rumour, it’s good to see it being confirmed.

It’s also interesting Microsoft decided to have the rear I/O of the console resemble that of the Xbox One S, arguably it’s best-looking and most efficiently designed console yet. Even the figure eight power socket remains the same.

Xbox Scorpio does not yet have a suggested retail price, though it will be more expensive than PS4 Pro. Microsoft will reveal the final look of the console, launch games, and other details at E3 2017 this June.