We’re about to witness the first Overwatch event that isn’t tied to the real-world. 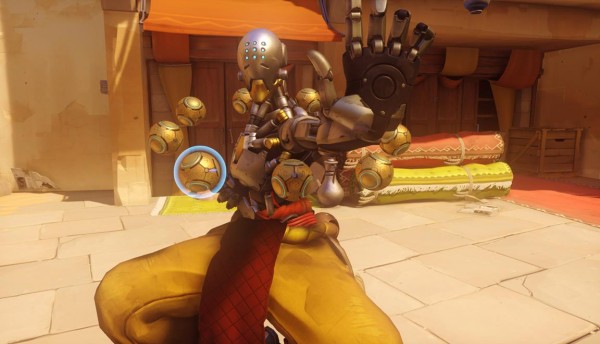 Blizzard has been teasing something big for Overwatch that’s supposed to kick off on April 11. We now know this is going to be an in-game event, but that’s not all.

First, the April 11 event – sometimes referred to by fans as the omnic crisis, or King’s Row uprising – will be the game’s first in-universe event. Previously, events were seasonal and tied to real-world festivities like the holidays, Chinese New Year and so on.

“We’ve heard the call that a lot of players want a non-real-world-tied event, meaning they want some sort of set event in the Overwatch world,” game director Jeff Kaplan told PCGamesN.

Kaplan also confirmed that there’s going to be a playable element to the omnic crisis event, though he would not say if this will manifest itself in a new mode or map. “The event is going to be something – when players see the event and play the event, I think they’ll see that we’ve been listening to their feedback,” Kaplan added.

This is all part of the developer’s plan to flesh out the game’s story and lore more, especially since this type of storytelling is Overwatch’s only way of expanding on its world without a proper playable campaign.

“I think they [fans] want to know more about what’s going on between omnics and humans in this world and how did we get there. I think a lot of that will be answered for them.”

We’ll keep you updated as more details are revealed.