For Honor’s latest patch does a bit of housekeeping, and fixes a bug introduced with the previous patch. 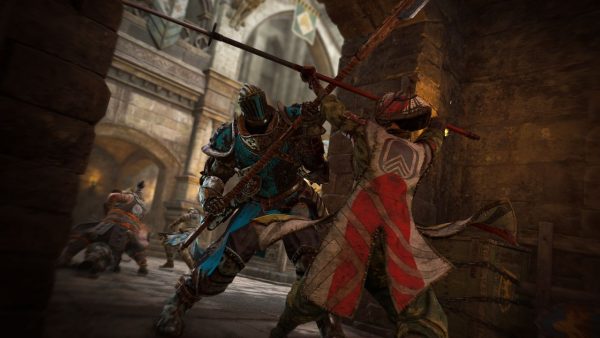 For Honor has a new patch available, version 1.04. The update was released yesterday on PC, PS4, and Xbox One following server maintenance.

1.04 doesn’t bring many changes, but it does have a fix for the Conqueror glitch the previous patch introduced. Ubisoft also said the update includes fixes to improve match stability.

In other For Honor news, the game recently came under fire after players calculated it would take years to earn enough Steel to be able to afford everything in the in-game store without paying money, which prompted the developer to respond.

Unfortunately, the response only helped fuel the fire. Server issues are still being reported by players to this day, which also isn’t helping the game’s case.