In case you were wondering why Chris Redfield looks a quite different in Resident Evil 7, Capcom has provided an explanation. 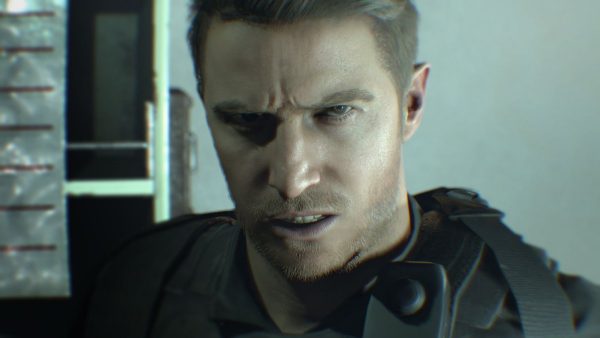 According to Resident Evil 7 director Koushi Nakanishi, the team went with a more “photo realistic depiction” of characters. Because of this, Chris Redfield looks less bulging in the upcoming Not A Hero DLC.

Nakanishi felt if Redfield’s appearance in Resident Evil 7 looked the same as in previous titles, players would notice a sense of incongruity.

“Although it is fairly realistic impression, even if it mixes with the character of “7”, it seems that a sense of incongruity will come out,” said Nakanishi.

He goes on to say even though Redfield’s model was a “pretty real impression” in Resident Evil 6, the model looked “deformed” in the current title.

Because his appearance is so different than what we’re used to, fans developed a theory that Redfield in this instance, was Hunk. The Special Agent for the Umbrella Security Service debuted in Resident Evil 2 and a quick glimpse of him was shown in Resident Evil 3 when completed on Hard Mode. He has appeared in or has been referenced in other games in the franchise and you look over his history on the Capcom Wikia.

His face is never shown in full, and we know nothing of his background, so Mr. Death’s identity remains shrouded in mystery.

There’s another reason Resident Evil 7 players assumed Redfield was Hunk, but it’s a spoiler so we won’t mention it here.

In short: Chris Redfield looks different and that’s it, apparently.

Resident Evil 7 players can download the Not A Hero DLC for free when it releases later this spring.