Rainbow Six Siege is getting its own test server, just as a new patch goes live. 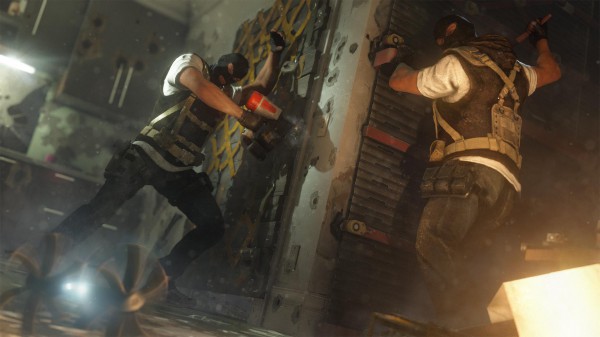 Ubisoft has announced that a new mid-season patch for Rainbow Six Siege is dropping today. The patch brings some balance changes for operators Buck, Doc, Glaz, Raven, and Glaz.

The developer also announced that Siege is getting its own Technical Test Servers (TTS), an environment where new additions and changes can be tested before they go live. The TTS will launch in the weeks ahead, and the first order of business is testing the new One-Step Matchmaking feature.

Here are the headline changes, followed by the full change log.

Doc‘s overheal effect has received a buff, increasing the limit to 140. The developer felt that 120 wasn’t enough to make a difference.

Buck‘s Skeleton Key gadget now has one extra magazine. This change was made following feedback that the gadget ran out of ammo quickly.

-Red dot, reflex, and holo sight reticle size increase – Due to the realignment of sights in the Velvet Shell update that brought many of the sights closer, we saw immediate feedback from the community that the reticles of many sights were back to being too large. We have corrected this and the reticle sizes will now be less obstructive when ADS’ing to allow for better precision and vision.

-Trigger rate change for DMRs to prevent rapid firing – The DMRs’ maximum “trigger” rate has been lowered to prevent very rapid firing. This change was made because the maximum trigger rate was too high. Some people were able to click so fast on their mouse that it turned the DMR into a fully automatic AR. We felt like this was too strong.

-Thermite’s 556XI is now easier to control – The 556xi’s recoil has been tweaked to make it easier to control. The weapon’s personality has not been changed, but you should have an easier time at being more precise with it.

-Jackal’s C7E recoil balance – We have increased the recoil of the C7E. We felt like it was way too accurate and had no downsides. It is now harder to control for prolonged full automatic fire.

-Capitao’s PARA-308 recoil buff – We have buffed the PARA-308’s recoil. A lot of the Pro League players expressed how hard to control this weapon is and we felt they were absolutely right. It should be easier to control over fully automatic fire and should sway a little less to the sides.