Mass Effect Archives is a website, that doesn’t exist yet, that will let you upload your Mass Effect: Andromeda character to the cloud. 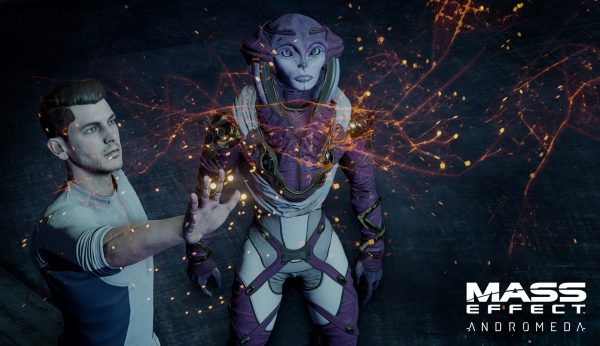 Those with early access to Mass Effect: Andromeda have noticed the game making a reference to something called Mass Effect Archives.

In the game’s character creator, there is an option to upload “character data” or import it. This requires a Mass Effect Archives account.

“If you’ve set up an account on the Mass Effect Archives website, this option allows you to import a Mass Effect: Andromeda character you’ve previously uploaded or use custom appearances that others have shared online,” the option reads. 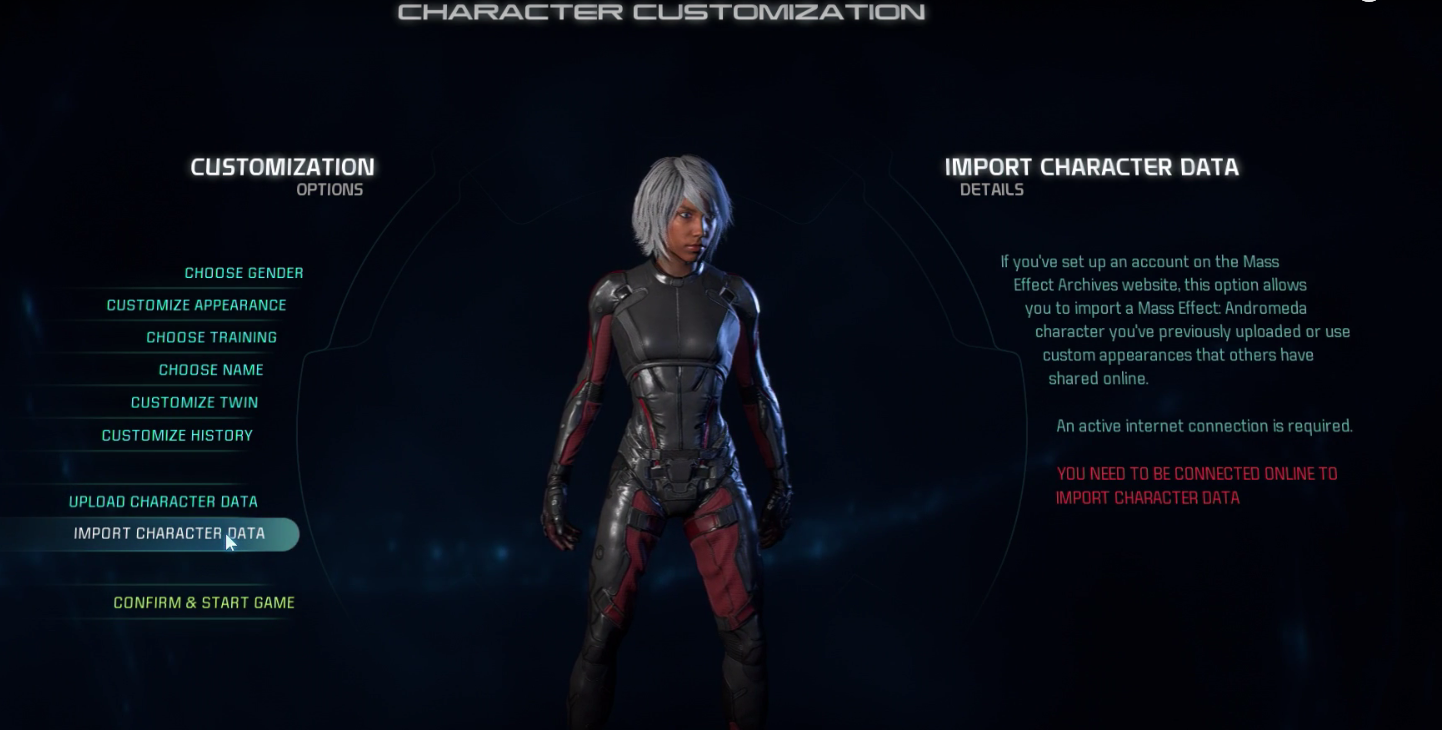 You’re going to need an internet connection to use the feature, obviously, but that’s about the extent of what we know about it. The details come by way of Reddit user Musely, who shared the screenshot above earlier.

It was captured from a video of Andromeda’s character creator, like these ones. Assuming Archives is Andromeda’s version of the Dragon Age Keep, this may be a way of storing your progress online.

It may not be able to save a copy of your save necessarily, but it could keep record of the major story decisions and world state in your playthrough. Of course, that’s all speculation at this point and we’ll just have to wait for the official launch to find out.