Splatoon 2 will be Switch’s first big multiplayer title. Get ready. 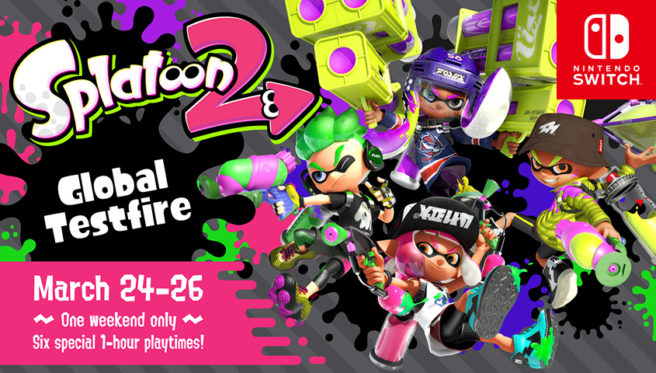 Splatoon 2 is throwing a test party, and everybody with a Switch is invited.

Although the free demo session doesn’t kick off till next weekend – check the Splatoon 2 demo opening times for more information on that – you can download the client now.

Just log onto the Switch eShop and look for Splatoon 2 Global Testfire. It’s available on both the Japanese and North American storefronts now, but if your region hasn’t posted the client yet maybe try tomorrow.

Splatoon 2 Global Testfire will be open over six short play sessions, so you’ll want to mark your calendar and set an alarm or two to make sure don’t miss out.

The first Splatoon was one of the absolute treasures of the Wii U era and while it’s something of a shame to see it replaced so quickly it’s great to see the unusual shooter get another chance at winning the large audience it deserves.

If you weren’t onboard last time, don’t let the colourful graphics fools you. Splatoon has the distinction of being one of the few shooters that’s both satisfying to play on a tactical level while also being family-friendly enough to fire up in front of (or even with) your offspring.