20 new Cunning Stunt races added – and catch an eyeful of new supercars coming in the next few weeks. 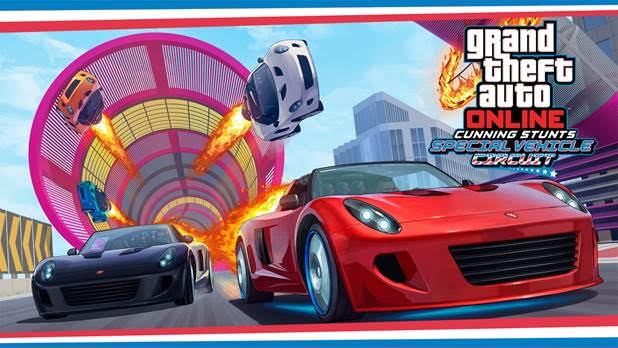 GTA Online’s latest racing update is live on PC, PS4 and Xbox One and weighs in at 1.14GB.

It features a whopping 20 new circuits for Cunning Stunts races, all of which have been build for new and improved supercars – the Rocket Voltic, Ruiner 2000 and Blazer Aqua.

Here’s all the new tracks and the vehicles for them – most importantly, you’ll get double RP and cash for any of these until March 22. 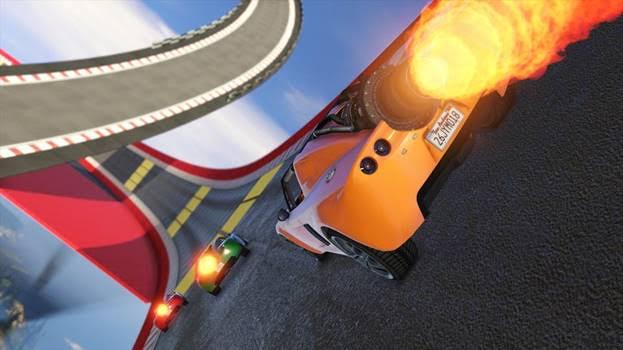 Rockstar also confirmed this week’s Premium race is the Redneck which you can launch from the Quick Job App. It pays out triple RP to everyone and massive cash prizes for the top three players.

Special Vehicle Races will be available in the Rockstar Creator soon, along with some classic muscle cars including the Duke 0’Death.

Although not released today, there are other new vehicles coming in next few weeks, all of which have been leaked. You can take a look at them below.

We’re expecting a bunch of new discounts on clothing and other deals in GTA Online, so we’ll update more throughout the day.