Mass Effect Andromeda is about rootin’, lootin’ and shootin’. Time to talk about the third one. 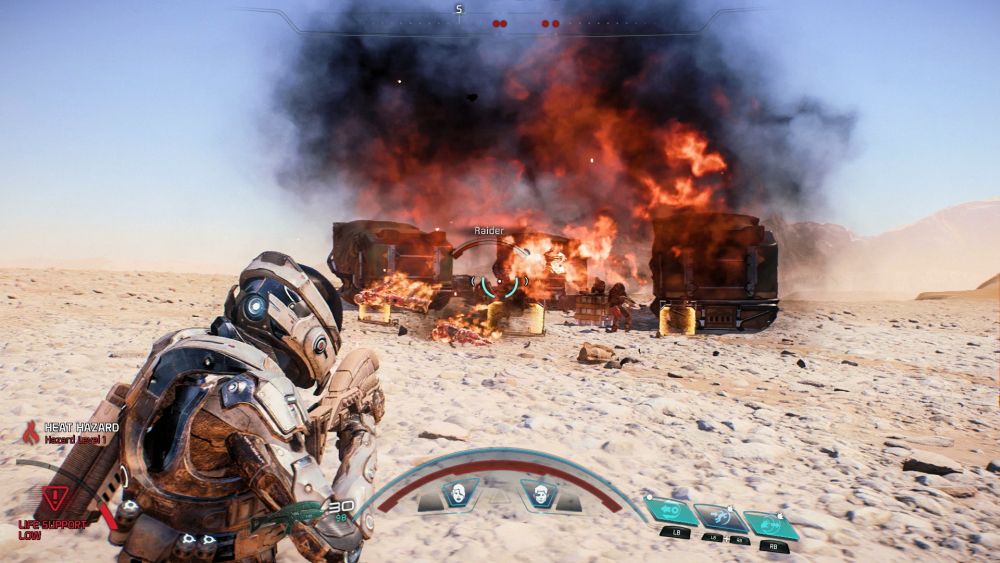 Mass Effect Andromeda takes a different approach to the series than we saw in Mass Effect 3, but that doesn’t mean the fundamental attractions of BioWare’s last space romp aren’t present.

Mass Effect Andromeda’s combat feels more modern than Mass Effect 3’s, and if you’re not a big shooter fan you may have to unlearn some of your deliberate tactical habits in favour of a more reactive, action-oriented play style.

So now let’s talk about combat, and start with a confession: I loved Mass Effect 3’s multiplayer, and am super excited to see something similar return in Mass Effect Andromeda, which has been built with the team responsible for ME3’s multiplayer in the lead role.

While we haven’t yet gone hands-on with Mass Effect Andromeda’s multiplayer, an honour reserved for PAX East attendees this weekend, like Alex I did get to try general combat during a recent preview session. 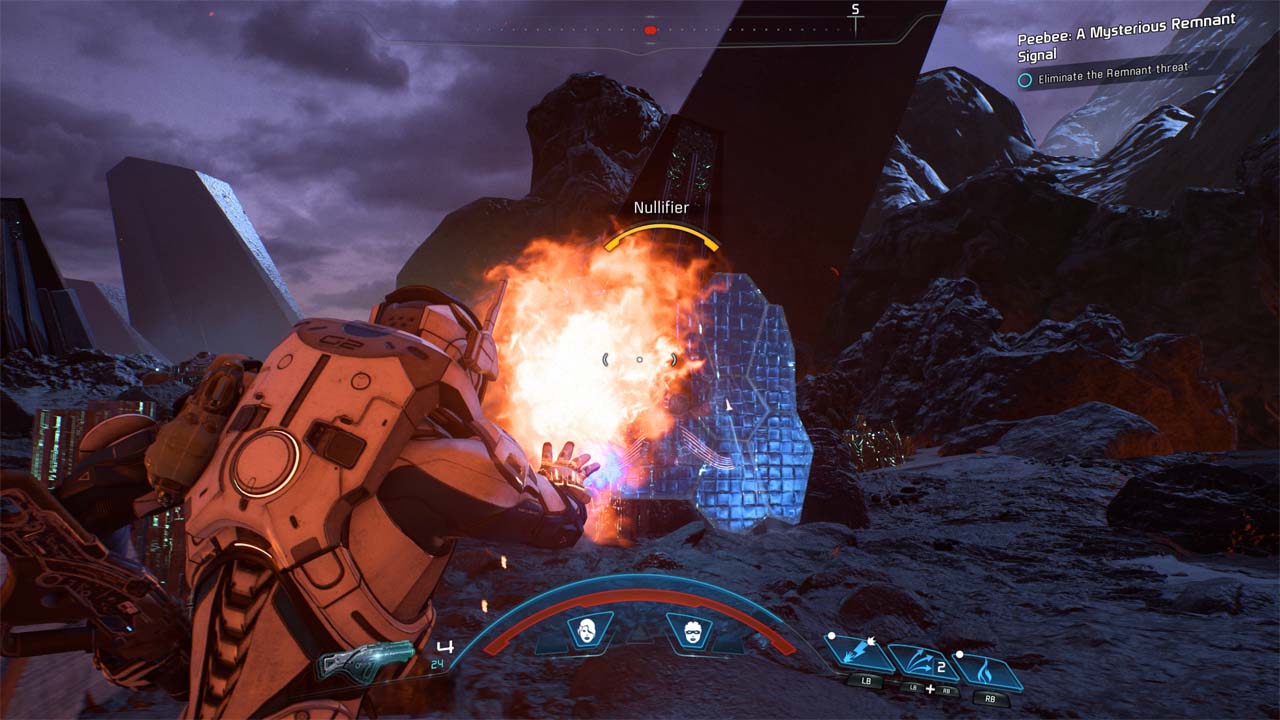 My first observation is that cover is more analogue now; Mass Effect Andromeda battlefields are laid out more organically, rather than having everything snapped to a grid in neat right angles to each other like Mass Effect 3. Moreover, cover objects come in a wider variety of shapes and sizes, adding up to something more subtle than the on-off protection of the original trilogy.

This means you can’t just assume you’re totally safe from direct fire because there’s something between you and your foes, and you can’t plot your battles as if you were laying out a strategy in Advance Wars. Flanking is much easier, but that applies to both you and the enemy.

Enemies can come from almost anywhere, and as well as guarding against attacks from the full 360 degree spectrum, you need to account for elevation.

Enemies can come from almost anywhere rather than being funneled in from the four cardinal points, and as well as guarding against attacks from the full 360 degree spectrum, you need to account for elevation. Enemies can jump, and I even saw one come rolling out of cover and then crawl, evading the headshot I’d had lined up for when they popped out. This won’t surprise or worry those who’ve been playing games like Destiny, Titanfall or even recent Call of Duty games, but it’ll be a bit of a shock to those with a pure RPG background.

All this encourages you to keep moving rather than hunker down, and to be aggressive to avoid getting stuck in crossfire. Luckily, you have the mobility to match; being a bit of a shotgun Vanguard fan at lower difficulties, I especially appreciated the jump jet for quickly getting me past obstacles and into the heat of the action. The jump melee ground pound attack is an utter joy, and I cannot wait to see the krogan version. (Yes, there are krogans in multiplayer; don’t you relentlessly scan every Mass Effect Andromeda trailer?) 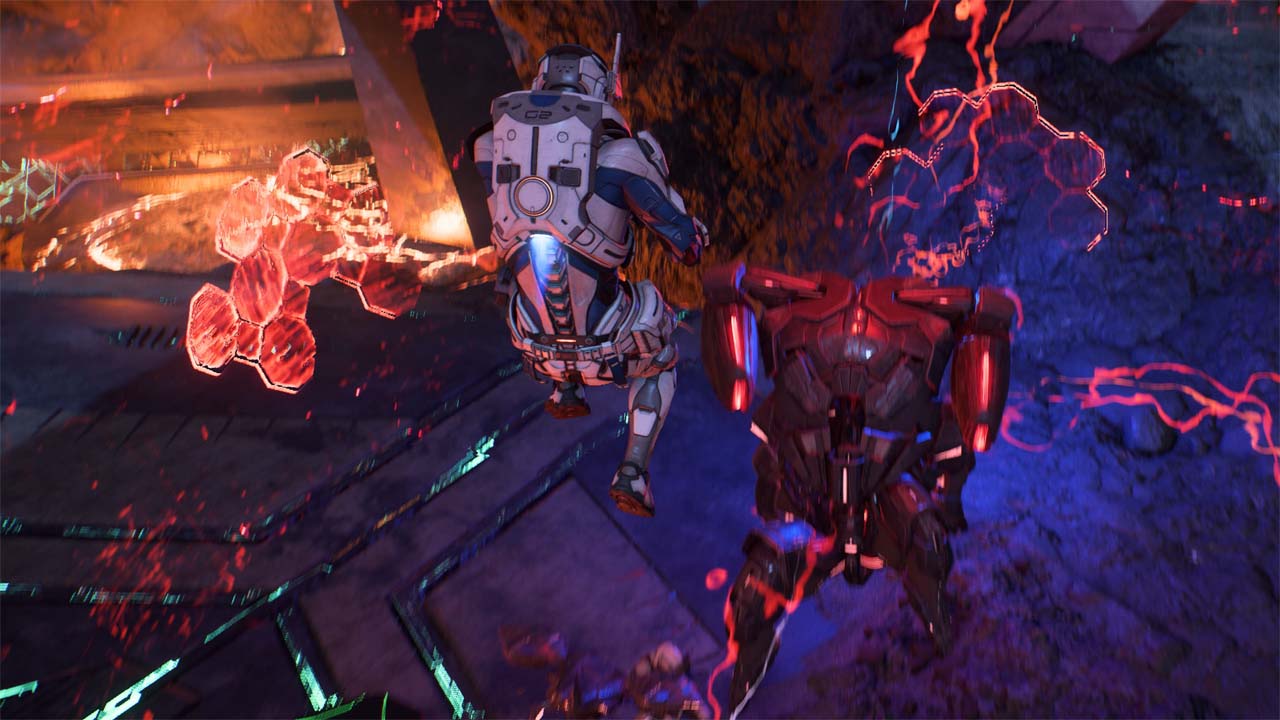 These changes and additions made Mass Effect Andromeda’s combat feel much more modern to me than Mass Effect 3’s, and if you’re not a big shooter fan you may have to unlearn some of the deliberate tactical habits learned in Mass Effect 3 in favour of a more reactive, action-oriented play style. That said, terrain knowledge and positioning are still super important, and it’s definitely not all twitch skills.

Also: the controls are a lot better. I put over 130 hours into Mass Effect 3’s multiplayer, 99 of which were spent cursing the fact that, on PC at least, a large number of functions were mapped to the same button, with hilariously irritating results.

This is not the case in Mass Effect Andromeda, and after shooting a few faces with a significant reduction in my usual rage levels, this was the first combat issue I raised with producer Fabrice Condominas. 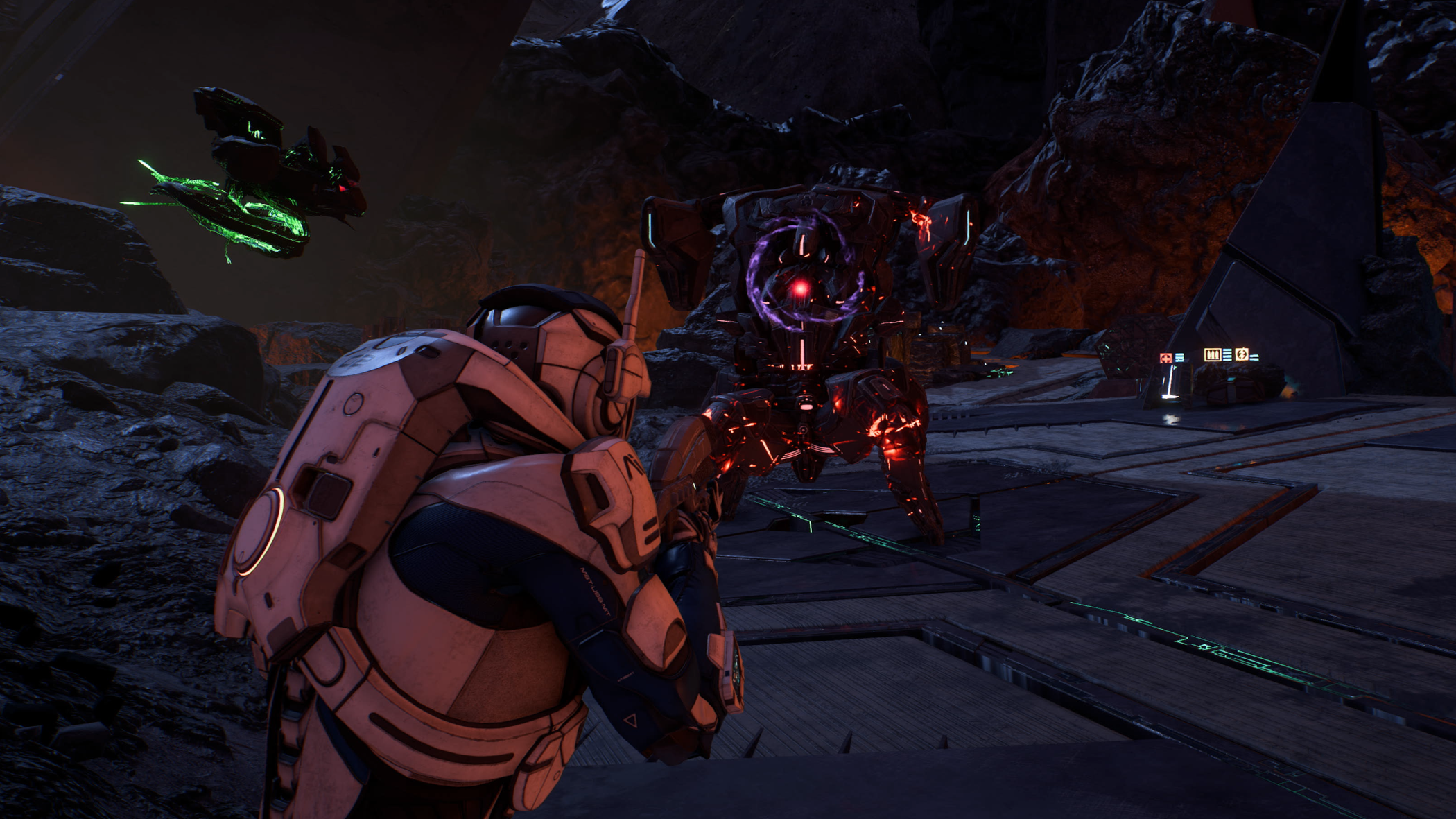 VG247: I notice that not everything is on the space bar any more. What an excellent change to the controls! Let’s talk about that. Why did you take everything off the space bar?

Fabrice Condominas: In gameplay in general we added a number of functionalities – jumps and evade and so on – so for that, first: you need buttons. Mechanically, I’m talking very mechanical, you need space on the controller and the keyboard and it has to be accessible.

The second thing is obviously we try to improve, and there was often conflict with several functionalities using the same buttons.

[Laughing hollowly] Yes there really was.

Don’t worry, we knew that. We were experiencing the same thing. So for us it’s just an improvement. It’s a natural evolution of the game.

The screams in my fireteam, man. “I’m trying to rez you, but I keep going into cover!”

You’ll notice we also removed the button to enter cover, so it’s way more flexible. Also it’s the idea of, you remove the button, you remove tension – and you can suddenly add something like jump or evade. But it’s also just faster, more flexible and more fluid. 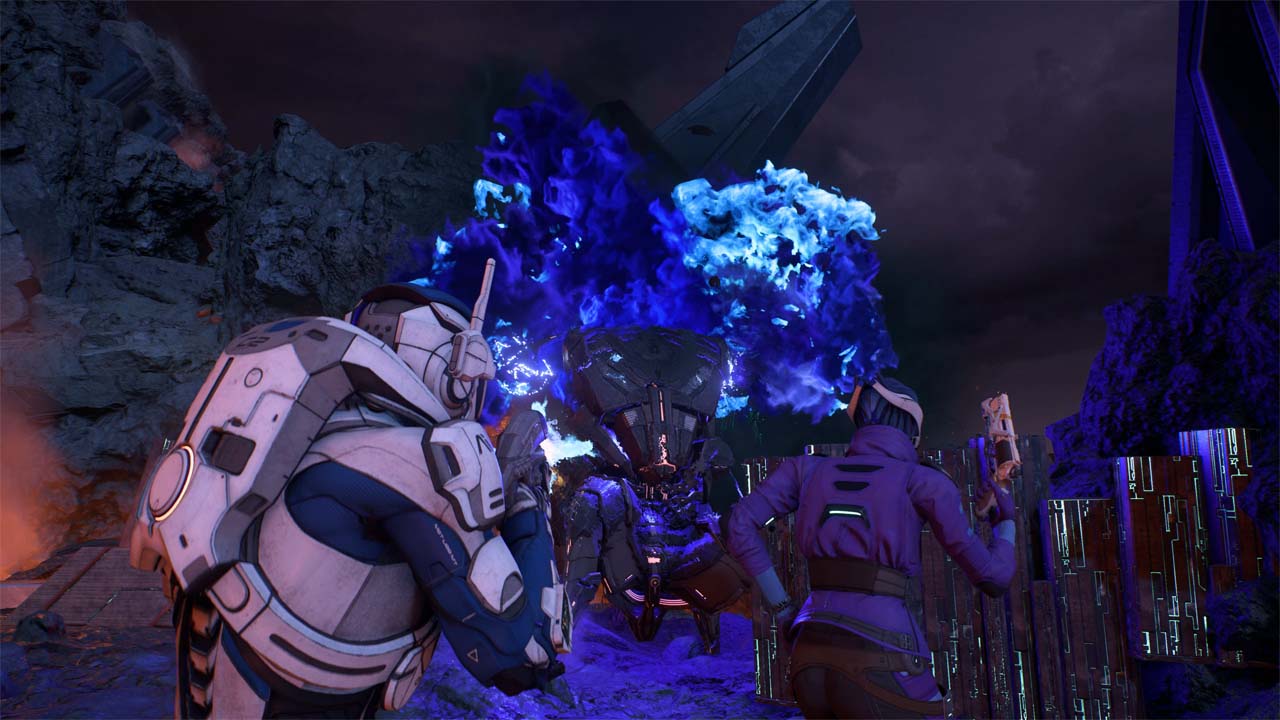 I was shooting some sort of doggy thing, that could cloak…? I don’t know what it is yet. When I shot it, its head sort of disintegrated a little bit, well before it died. So can you target specific body parts to remove armour, that sort of thing?

Yes absolutely. The majority of baddies have weak points, equivalent to the headshot. Body parts where, if they have armour you can remove the armour – even specific anatomy, so you can remove what would be the equivalent of a shield, for example.

Without spoiling it, is there anything just, like, as bowel-chillingly unpleasant to turn up unexpectedly as the Banshees in Mass Effect 3? I’m a big fan of Banshees.

We do. I can think of two of the enemy types that you might encounter that are fairly annoying, hard to kill and have common behaviour with the Banshee.

In terms of enemies the thing that gets me, the thing that when it comes together is just a real pleasure: we have massive creatures. So that’s a personal taste: I like fighting those massive enemies.

Oh, I’ve seen one in a trailer! That big tentacle thing. Someone on Tumblr joked that it was a love interest.

That would be a first for BioWare.

Mass Effect: Andromeda releases March 21 in North America and March 23 in Europe and beyond, for PC, PS4 and Xbox One.