We go deep with the new star of Overwatch. 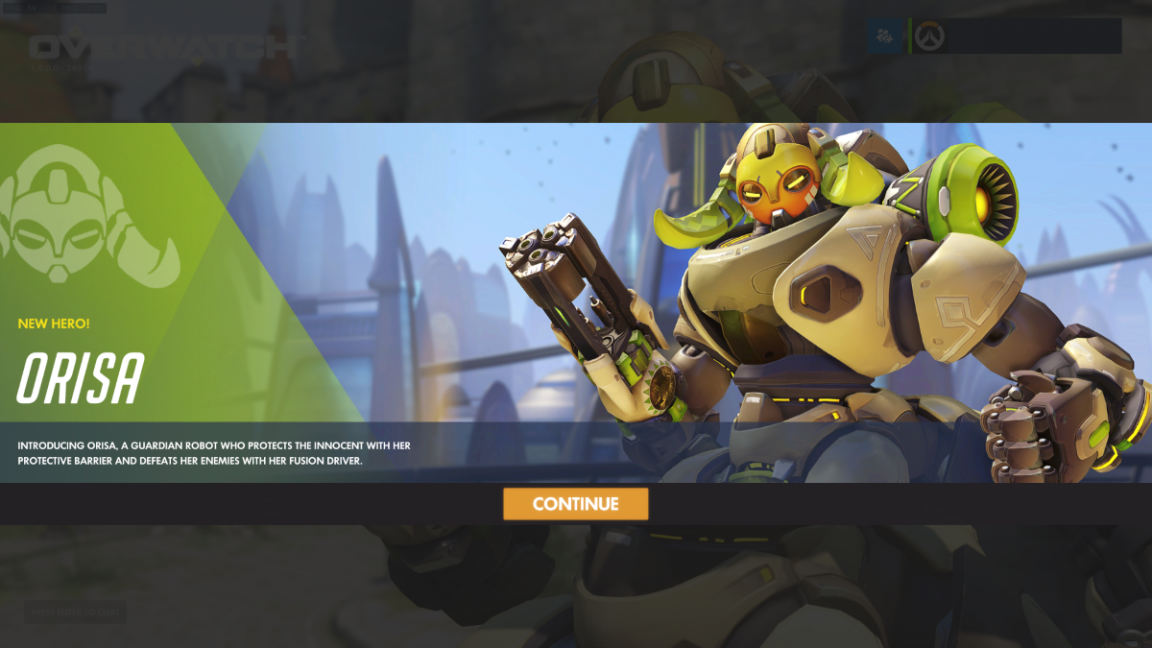 “Where most other Tanks in the Overwatch roster need to be in the thick of things to stand any chance of dealing damage, Orisa can happily bombard the opposition from afar with considerable ease.”

Like most of the gaming world, yesterday evening saw me join countless others in racing onto the Public Test Region in order to get my hands on the newly revealed hero: Orisa.

For weeks now players have been combing the game and its content for clues as to the next hero reveal and while there were countless theories, one particular post only hours before Orisa’s reveal, actually nailed it.

I have to admit that I was surprised to see Orisa revealed over Doomfist, because like many I felt the Tank roster was largely fine. All the heroes in the pool cover most bases and have a clearly defined use. However, as Jeff Kaplan described in yesterday’s development update, the game sorely lacks another anchor tank that teams can turn to instead of Reinhardt. Considering his importance, it makes sense to create space in this area and on paper and in practice, Orisa does just that.

For anyone who has yet to read anything about Orisa’s kit, in many ways she’s an amalgamation of various heroes, blending certain components from the likes of Reinhardt, Zarya, Bastion and Mercy. What I particularly enjoy about this isn’t just the fact it ties nicely into the lore (Efi has undoubtedly looked up to these heroes and designed Orisa around them). Instead, it’s the fact that the kit combined makes Orisa a formidable utility hero that’s an incredible all-rounder.

Unlike Reinhardt who can only wield his Barrier Field and release the odd Fire Strike until he gets close enough to swing his hammer (effectively he’s there to allow the rest of his team to do the heavy lifting), Orisa does things differently.

Her primary attack, Fusion Driver, not only allows her to attack from range, but it’s arguably a superior version of most ranged attacks. Packing 200 ammo, with no fall-off range, it fires four more rounds per second than Bastion’s submachine gun, though the projectiles travel ever-so slightly slower. Interestingly, it also fires quicker than Soldier: 76’s Pulse Rifle while only having a slightly longer cooldown on reloading (2.5 seconds versus 1.5). Even with the minor movement speed reduction when firing, it feels a more than fair tradeoff for a weapon with such potency.

What I’ve found so amazing about Fusion Driver isn’t just its capacity for Orisa to provide surprising fire, but also her ability to actually deal considerable damage while still protecting her team. Where Reinhardt is a huge damage loss for any draft (especially when only holding his Barrier Field), Orisa can fire at enemies for lengthy periods, while still guarding her team with Protective Barrier.

Where most other Tanks in the Overwatch roster need to be in the thick of things to stand any chance of dealing damage, Orisa can happily bombard the opposition from afar with considerable ease. Certainly during the matches I played against her it was a fairly challenging experience because her shots not only hit hard, but her ammo count ensures she can deal suppressing fire for a considerable length of time.

As for the rest of her kit, it only gets better. Halt! is a slow firing orb projectile that acts similarly to Zarya’s Graviton Surge that when detonated pulls anyone near it, towards it. If you think you’re safe behind that wall, you aren’t: Orisa will quickly yank you out from it. 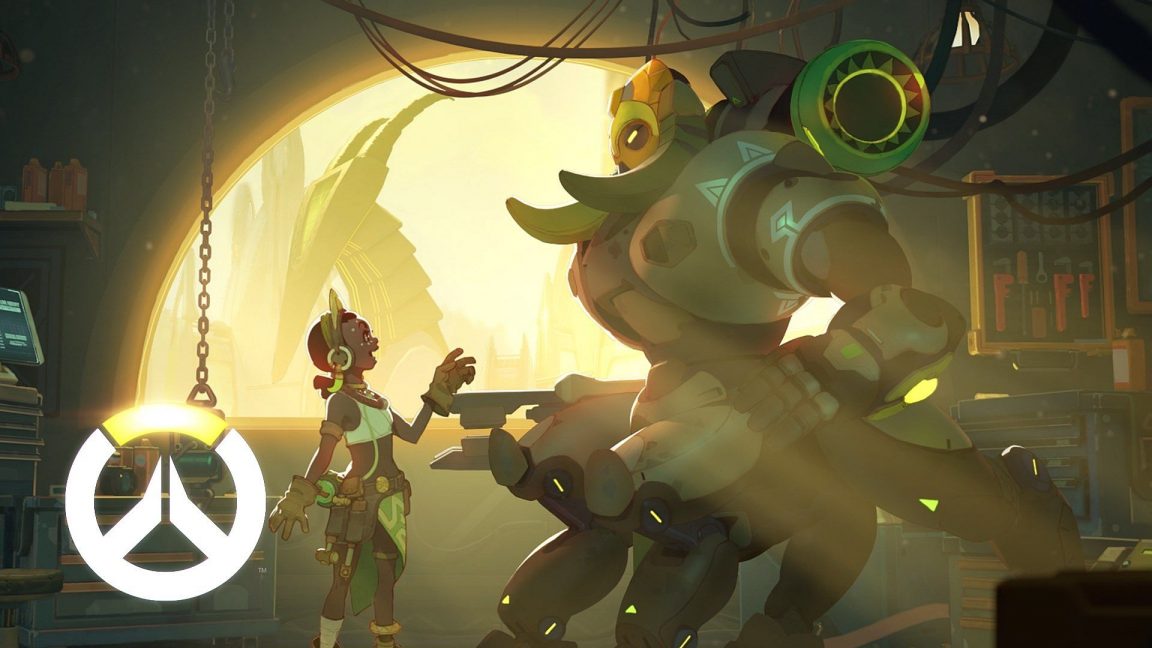 Thanks to a well placed Halt! from the opposition I was pulled to my death several times last night, while my team managed to return the favor on a handful of occasions due to our own clever use of the ability. I managed to grab four players from a ledge at one point, only to have my team follow in with a handful of Ultimate abilities (notably Pharah’s and Junkrats). It was an instant wipe and without Halt! pulling those players out of position so easily, it simply wouldn’t have been possible.

Orisa’s second ability, Fortify, is probably the least exciting of her kit but also – arguably – one of the strongest in the game. Not only does it reduce the damage she takes by 50 percent, but it also makes her immune to just about all crowd control. See Reinhardt charging towards you? Fortify against it. Suspect McCree is about to stun you? Fortify against it.

It’s undeniably strong and with a 10 second cooldown, it’s only on rare occasions that I didn’t have it available when I needed it. When combined with the damage reduction (we all know how much people complain Bastion’s Ironclad) it makes her undeniably difficult to lock down. The fact you can also use it to waltz out of some Ultimate abilities such as Zarya’s Graviton Surge, make it even more useful.

The final components of Orisa’s kit, Protective Barrier and Supercharger (Ultimate), are much needed and are once again incredibly strong. Unlike Reinhardt who cannot attack while holding Barrier Field, Orisa can fire out her Protective Barrier anywhere she wishes in order to defend herself or her team. 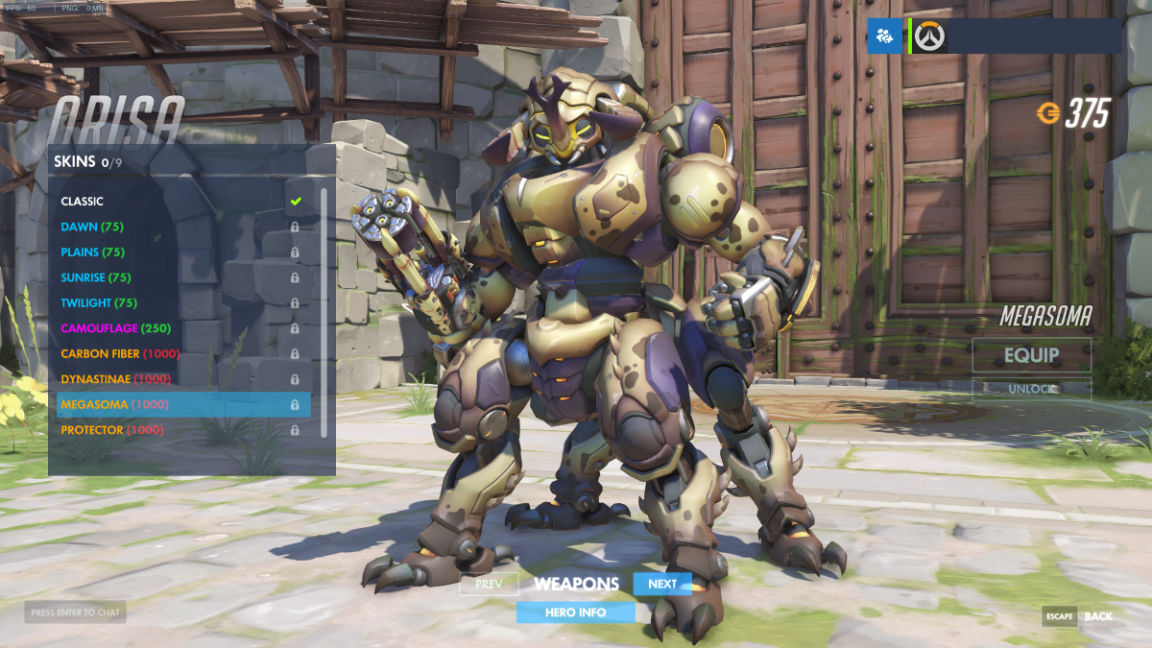 “Orisa’s kit is strong to the point where she trivializes many existing abilities other tanks offer.”

The ability to project this skill not only grants it incredible utility in order to save players in a pinch (on multiple occasions last night I did just that) but it also ensures she can continue to deal damage while moving. Although it has much less health than Barrier Field (900 versus 2000) the mobility it affords, I find, is much more useful. It not only allows you to run and gun, but ensures you can reposition, flank or protect a teammate trying to retreat without having to be next to them. Best of all, when you do drop your Supercharger on the ground, you can position your Protective Barrier to guarantee you and your team can still fire out without too greater risk of the device being killed.

Unsurprisingly and after only a few hours of play with Orisa, she’s undeniably good. In fact, I think her kit is strong to the point where she trivializes many existing abilities other tanks offer. If we take her Protective Barrier, not only is it tougher than Winston’s, but its cooldown starts the moment it’s planted and has higher base health. Admittedly Winston’s Barrier Projector was nerfed as a result of hero stacking, but it does demonstrate how strong she is out of the gates.

Not only that but her damage mitigation, crowd control immunity, base armor, frighteningly good primary attack and utility in her Projection Barrier and Halt! instantly sees her as one of the best heroes in the game. While it’s difficult to know exactly how she’ll fit into team compositions (the PTR really isn’t an ideal environment for testing) it’s evident she will unseat Winston and D.Va and to some extent, Reinhardt too.

Fundamentally, the question I kept asking myself last night was why ever take these two heroes (and Reinhardt to some degree) when she brings a kit that’s vastly superior to all theirs? Why walk along slowly as Reinhardt holding a barrier – doing little else – when you can run and gun and still protect your team? Why take Winston when his Barrier Projector is not only inferior, but he brings a great less utility in the process? Why take D.Va when all she offers is mobility and little else in comparison?

I highly suspect that if Orisa is to remain intact when she’s officially released, both her and Zarya will rise to the top as when paired together they prove incredibly frustrating to deal with. I’m not suggesting you won’t see the likes of Winston, D.Va or Reinhardt (Reinhardt will always have a place), but I think we’ll see them a damn sight less.

If I were Blizzard, I’d be looking to reduce the mitigation on Fortify down from 50 percent to 30 percent, while I’d also reduce the ammo capacity on her Fusion Driver to 150 (200 feels excessive). That alone would be a good start in ensuring she isn’t always first pick material. As it stands however, I can guarantee you’re going to be seeing a hell of a lot of her come release day: she’s amazing.