If balance changes aren’t up for discussion, then what’s the point of the Public Test Region? 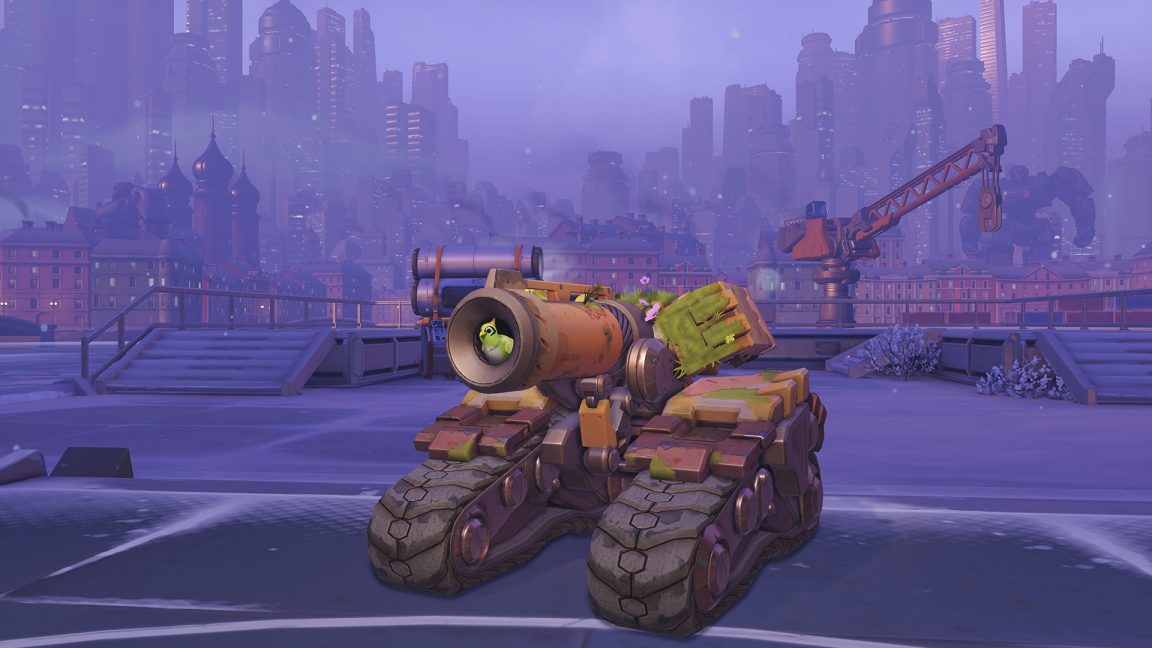 “If the Overwatch team aren’t going to listen to feedback when it’s in a closed space there’s little reassurance that they will once it’s in the hands of the masses.”

For several weeks the Overwatch Public Test Region saw players road test a variety of changes, including a significant quantity of buffs to Bastion. During that time players took to the forums and Reddit to share their thoughts on not only these buffs but the patch in general.

Unsurprisingly and as I’ve already written about, many people were concerned about the balance of Bastion. Having received buffs in almost all areas, a Hero such as him was always going to prove divisive. Improved too much and we return to the dark days of Bastion being impossible to uproot, while improving him too little would once again see him relegated to the sidelines.

As it turns out, the buffs to Bastion were considerable and while it’s too early to say if they will help his cause in competitive, they’re undeniably good in a pug environment. Not only have these changes caused quite a stir on the forums (no surprise there), but it begs the question as to what the purpose of the Public Test Region is actually for. 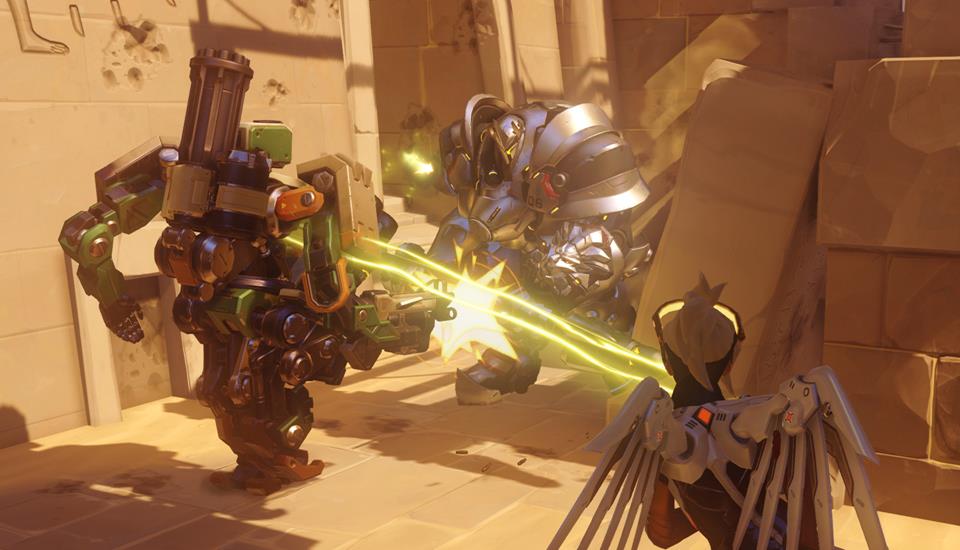 While I’m a huge supporter of buffing heroes that are considered weak, most people with any experience of interpreting patch notes likely saw cause for concern with the improvements bestowed on Bastion. To provide mobile healing, greater ammo, less spread (in Recon) and significantly more armor (in Sentry or Tank) is pretty much giving him everything he’s ever needed and then some. It’s not just these buffs however which are a problem, but it’s also their interaction with other Heroes.

Although damage reduction is capped at 70 percent in Overwatch (which is still an incredibly high value) it still poses a significant challenge for an enemy team coming up against a competent Bastion/Ana combo armed with Nano Boost. That isn’t to say the pair can’t be stopped, but it proves particularly challenging and provides flashbacks of the old and much maligned Bastion.

Only a few hours after the update I’ve already encountered teams coordinating exclusively around Bastion, with Ana, Mercy and Reinhardt often babysitting him in an effort to make use of his sexed-up mitigation. Its proved as effective and just as frustrating as it ever was. What’s worse, the changes to Mercy and her immunity when casting Resurrect only exacerbates the issue when attempting to bring Bastion and his babysitter’s down. 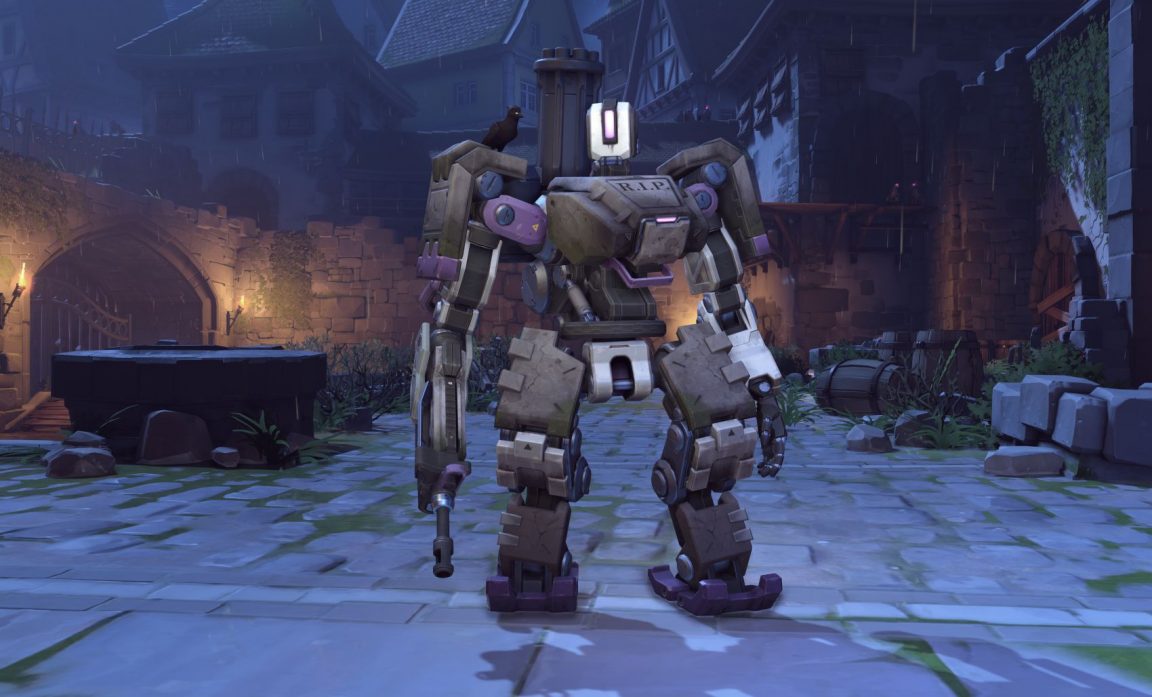 “I’ve already encountered teams coordinating exclusively around Bastion, with Ana, Mercy and Reinhardt often babysitting him in an effort to make use of his sexed-up mitigation.”

I’m not suggesting such a draft can’t be countered or that turtling in this fashion should be impossible, but it doesn’t feel particularly conducive to exciting play. In fact, at times it feels like you’re banging your head against a brick wall in the hopes it will crack. So why is it then that the Bastion changes were allowed to reach a live environment when the reaction – certainly if the forums and Reddit are any indicator – is clearly negative towards them?

In defence of Blizzard and its approach to the PTR, they’ve never truly defined what it’s actually for. I’ve looked high and low for a quote detailing its true purpose without much success. Barring a typical FAQ every time the PTR updates, it seems that it’s little more than an environment to allow players to get to grips with changes early and barring anything game breaking, the patch will remain rigid and be rolled out.

I’m not entirely sure how I feel about this and if I’m being honest, why even have the PTR if that’s the approach being taken?

To play devil’s advocate for a moment, players are often adept at breaking things. They’ll find something a developer and its core testers has never thought of and cause untold havoc in a very short space of time. Players are effectively the wild card that developers rely on to truly stress test a patch rather than criticise its direction. Despite that, it remains odd to think that when there is cause for concern, there’s little reaction on Blizzard’s part in attempting to acknowledge or address the problem before it’s released into the wild. 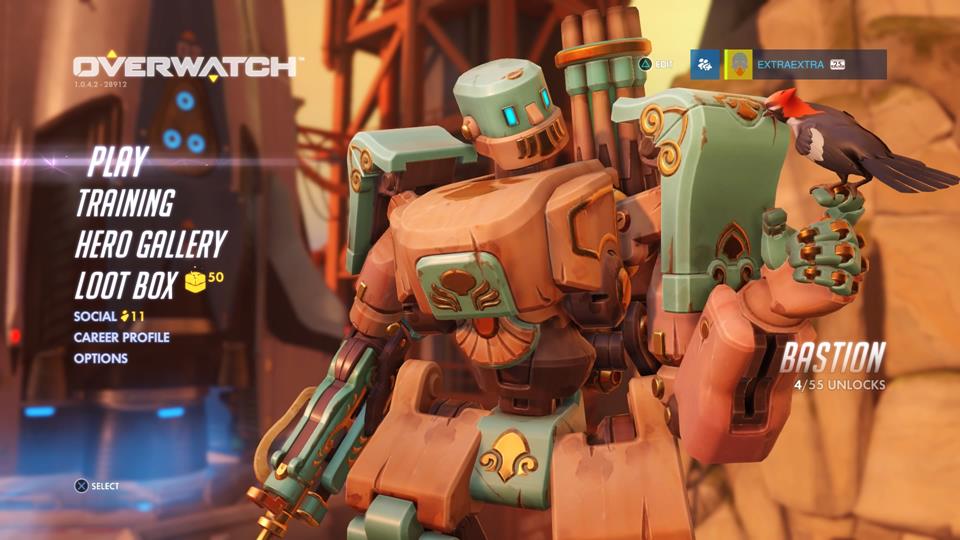 As one example, albeit with a different game, Heroes of the Storm recently reworked Murky. Many players, including myself, were concerned about his kit and its new found potency and despite objections, his update was pushed out the door and saw him climb to the top of the win-rates in a matter of days.

This approach feels similar to Overwatch (not entirely surprising considering it’s the same studio) and for the most part, renders the value of a testing environment, outside of exposing major bugs, largely redundant. If the Overwatch team aren’t going to listen to feedback when it’s in a closed space – arguably an ideal time – there’s little reassurance that they will once it’s in the hands of the masses.

As it currently stands, players are once again having to repeat what they said weeks ago in the hopes that Blizzard listen and to have a hero that was clearly overtuned brought into line. To add insult to injury, the start of Season 4 coinciding with Bastions buffs is likely to cause abject misery on many (certainly in the lower ranks).

So what’s the solution to the fact the PTR doesn’t truly offer an avenue for player/developer relationships, and how can players expect the meta to shift as a result of our new robot overlord?

To answer the first, I think it would be incredibly helpful of Blizzard to allow player interaction when it comes to offering patch input. I’ve yet to find a single FAQ that encourages balance feedback and instead, they simply ask for major bug searches. That’s fine and as I already pointed out, the masses are fantastic at locating such issues. Unfortunately, it also seems a huge waste to provide no organised outlet to herd and gather PTR feedback based on the balance changes notes. 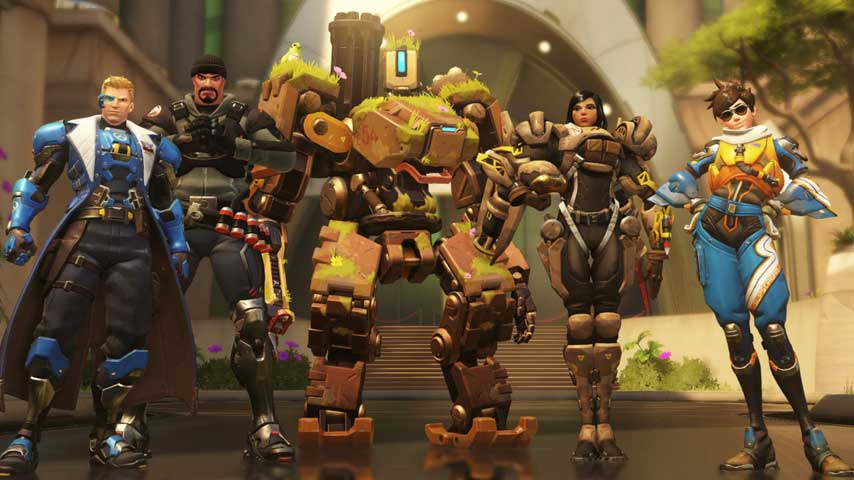 With so many eager players seeking to test what’s new, why not simply open up a PTR forum – until the patch goes live – to gain a sense of what is concerning people? If there’s enough of a consistency in regards to the feedback received, it may then be worth making a few minor tweaks here and there, before testing again. In this instance, Bastion’s Ironclad should have provided no more than 20 percent reduced damage.

“How a hero is valued in competitive doesn’t necessarily reflect their day-to-day experiences and I expect in the coming days we’ll see a great deal of complaints levelled at Bastion.”

As for any serious shifts in the meta in Season 4, there’s every chance we’ll see Junkrat and Pharah more frequently at lower levels (both prove adept at bunker-busting Bastion) while Roadhog remains fantastic at unseating him. Ana is still as strong as ever, though I anticipate a greater quantity of double-support compositions especially now that Mercy can comfortably utilise her Ultimate (which proves particularly miserable when she’s looking after Bastion).

Whether or not high level play sees Bastion re-enter the draft (more than their existing numbers show) remains to be seen. I suspect he’ll trend upwards but only slightly and only on very specific maps. Unfortunately for the player base, how a hero is valued in competitive doesn’t necessarily reflect their day-to-day experiences and I expect in the coming days we’ll see a great deal of complaints levelled at Bastion with a patch, not too far away, that brings him crashing back to earth.

What are your thoughts on update 1.8.0/2.05? Would you like to see the PTR used for more than just bug hunting? Are you having any trouble with Bastion? Have you found some hard-counters? Let us know.