The digital age should mean more than just paying extra for the same games you can order from Amazon. It’s a good thing publishers are finally starting to pay attention, then.

“The push to digital never made complete sense for games as you’re often paying more than you would at retail, and forgoing the right to resell your games – all for the ability to play as soon as servers go live.”

This generation of consoles, since its inception, has been created with the idea of making digital games and digital content an integral part of the user experience.
Sony dedicated several portions of the very first PS4 unveiling to flaunting innovative features like being able to play games as they download, offering pre-loading for every game, Share Play and other benefits that can only exist in a digital market.

Microsoft’s whole pitch, before almost all of it got changed, was to make digital games the only way forward.

The message was clear: platform holders and publishers want a bigger piece of the pie. They want to cut retailers out of the loop as early as possible. Making digital simpler and more inviting for players was only the first step towards achieving this goal. This push brought us more frequent sales with gradually increasing discounts. The intent, after all, is to make players wait for these instead of going out and picking up a used copy.

While good steps, no one feature or project managed to quite crack the digital nut. Digital sales may have brought many players to a console’s ecosystem, but how do you keep them there? 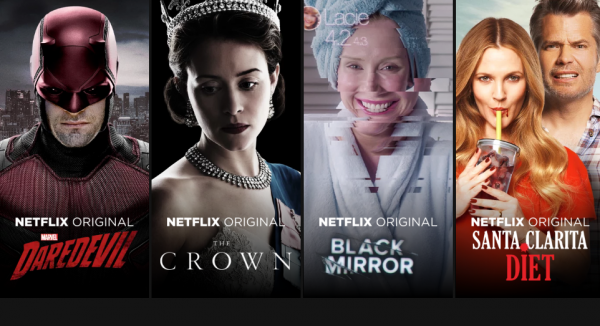 It’s the same question Netflix had to answer when it realised the costly, complex, and time consuming process of negotiating movie rights wasn’t something it wanted to keep doing forever. The company bypassed this problem entirely by making Netflix itself the reason you subscribe, not the ever-changing list of movies.

The answer was content, of course, and though Netflix didn’t have any of its own, it had enough money to create it. Now, the company’s growing at a rapid rate and you’d be hard pressed to find someone still hanging on to their Netflix subscription because of the service’s poor movie collection. Today, it’s the Netflix original series and movies that get you on the platform and keep you there.

But video games don’t have to worry about this problem, there’s already plenty of great content, it’s just poorly curated. There just needed to be a way to access all that content without having to buy it a la carte.

Part of why the push to digital never made complete sense for games is that you’re often paying more than you would at retail, and forgoing the right to resell your games – all for the ability to play as soon as servers go live. It’s a losing proposition, and one that doesn’t make sense when you look at how other industries handled the transition to digital.

Offering the same service found at GameStop certainly wasn’t the solution. It wasn’t until EA came up with EA Access that publishers have finally started paying attention. 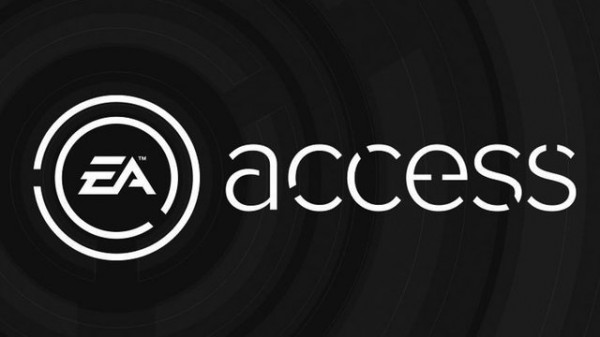 “A service like Xbox Game Pass levels the playing field. Everyone will be paying the same price and getting the same games.”

EA Access was poorly received at first: why would I pay $5 a month for some old games which I either already own, or don’t want to play? Over time, the library expanded to include more big releases, not just throwaway launch titles, and more recently, even Xbox 360 backwards compatible games. On top of that, the service has regular, meaty trials for all major EA-published titles, which is yet another bonus you don’t have to pay extra for.

Suddenly, $5 sounds like a very small price for access to a diverse library of games, most of which are highly-rated, or are actually currently relevant. EA Access is a brilliant way of making use of the publisher’s deep back catalogue, and Xbox Game Pass is even better. More importantly, Xbox Game Pass is the evolution of EA Access.

We wouldn’t have seen Xbox Game Pass today if it weren’t for EA Access. EA took the brunt of players’ cynicism and trepidation when the service first launched. In many ways, willingly or unwillingly, EA and Origin Access prepared us for what’s to come.

You’d even frequently see many on message boards asking Ubisoft and other publishers to offer similar services. Clearly, it works, so why not take that model and improve it?

It makes complete sense for a platform holder to try its hand at a digital rental service. Microsoft has a rich library of first-party titles, and has enough clout to woo third-party publishers into jumping on this alongside it. Rental services are also more or less dead, and even in their prime, they weren’t available everywhere.

Video games is a global market, so why should Johnny from America get to pay $10 a month for GameFly to try out as many games as he likes and I have to pay $60 every time I want to play something?

A service like Xbox Game Pass levels the playing field, inviting the global games community to participate. Everyone will be paying the same price and getting the same games. It’s a good deal for publishers, who naturally want to bring in as many people as possible, but it’s also beneficial to the players.

We’re long past staggered release dates and region-locks, even game covers are the same in every region now. Xbox Game Pass and similar services are a great way to act on that and cultivate a new type of audience.

“The simple idea of offering a moderately-priced service with enticing benefits is something we don’t see a lot of. It worked for Comixology, Spotify, and Netflix. There’s no reason it can’t work for video games.”

This also serves two groups of people who have thus far been completely left out of the digital age, late adopters and those who can’t afford to get every game the day of release.

Imagine you just picked up a new Xbox One, the first thing you’re likely going to do is ask for game recommendations and must-play exclusives. Although many of the names you’ll hear may be old enough to be cheap, it’s still an investment you have to consider. What if you can pay $10 to browse through a big list of games that likely already includes some of what you wanted to buy?

Even if you spend $120 for a full year’s subscription (and let’s face it, it’s going to be cheaper) to play and finish many of your desired games, you’re still getting a much better deal than trying your luck with Sunset Overdrive because some NeoGAF members seemed to like it.

This makes the barrier to entry for potential players much lower than it currently is. If this type of player knew they won’t have to worry about setting aside yet more money for three or four games, the pill will be a lot easier to swallow.

The other group is the more important one, because many of the people you and I know are part of it. These are the fans who can’t afford to keep up with new releases, because of how expensive games can be. Those players often times don’t mind waiting to get games cheaper, but if the Xbox Game Pass becomes successful enough, I can easily see games getting added to it a month or two after release.

Microsoft said in the announcement that games will be cycling in and out every month. While this may seem like a negative at first glance, I’d like to think it’ll make adding games to the list less risky for publishers. Which could be how we get new releases into this.

Remember, the key thing here is to simplify the process of acquiring games. It’s why Twitch is now selling games directly, because you’re more likely to click the buy button during an exciting livestream than you are a few hours later after the passion dies down.

Xbox Game Pass, and EA Access before it, are genuine attempts at making use of what the digital age offers, without comprising the experience for anyone.

The simple idea of offering a moderately-priced service with enticing benefits is something we don’t see a lot of in this industry. It worked for Comixology, Spotify, and Netflix. There’s no reason it can’t work for video games.