Inkle, a studio that specialises in narrative adventures, have shown off their next game at GDC. 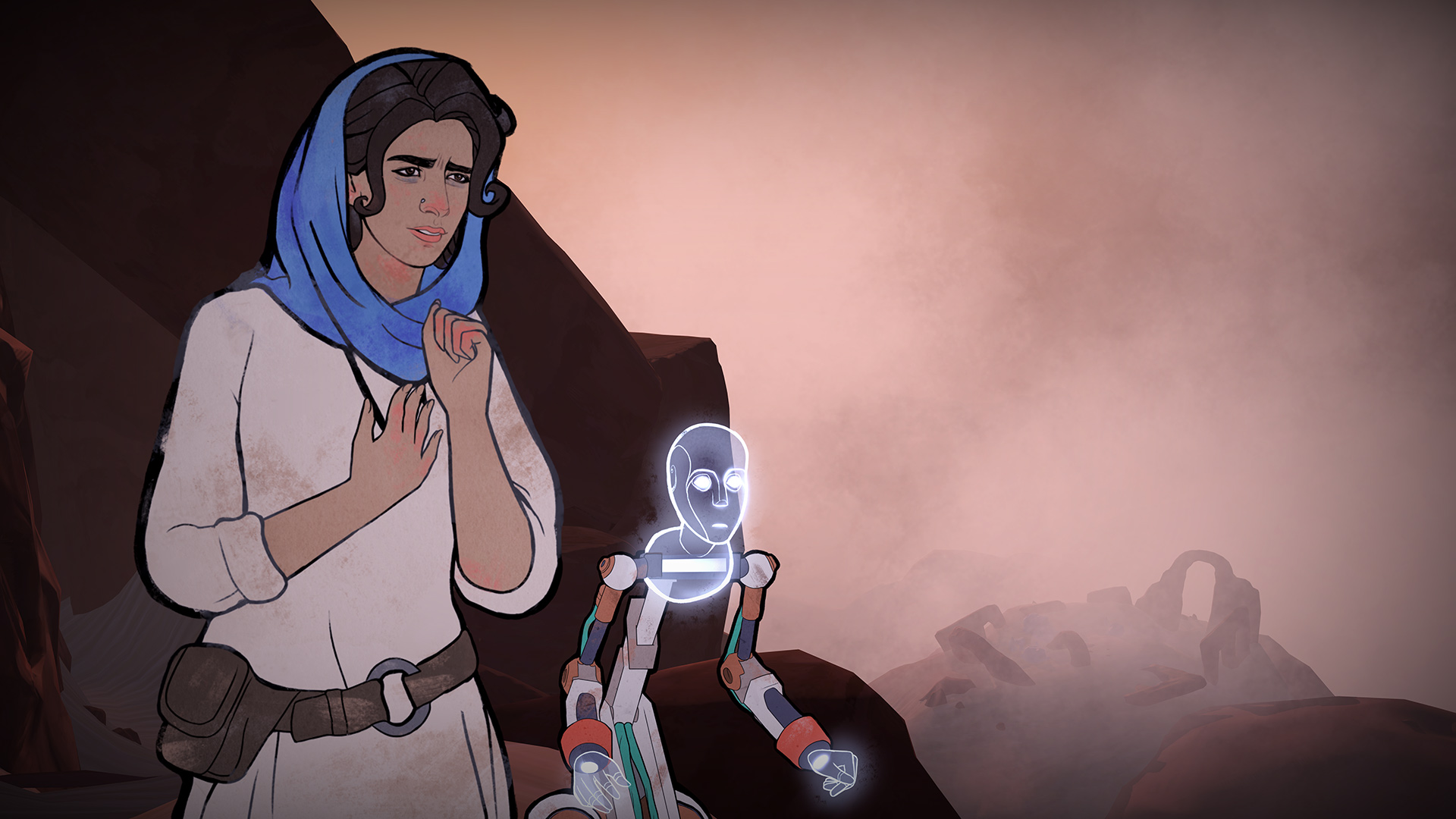 Heaven’s Vault, according to the game’s press kit, involves exploring ‘The Nebula’, which consists of a network of rivers that flows between moons. It’s hard to get much of a grasp of what that all means, exactly, but you’ll be playing as Aliya “El” Elasra, a woman exploring the nebula with her robot assistant.

You’ll be able to “sail rivers of starlight, translate lost languages, and investigate ancient ruins”, apparently. There will be a large cast of characters to interact with, and like a Telltale game, they’ll remember everything you say. How open the game is remains to be seen, but inkle has a solid track record (although this is their most ambitious project by a pretty significant margin).

More details are available on the inkle blog.

The game is playable at GDC, if you happen to be at the event in San Francisco.