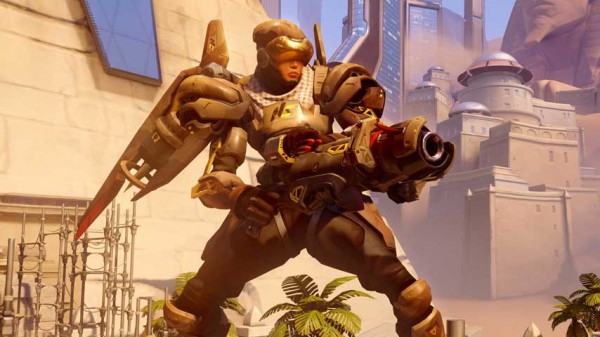 All those weird game mode ideas the Overwatch community has been asking Blizzard to bring to the Arcade mode now have an official, more streamlined way to reach everyone playing the game.

That’s thanks to the new custom Game Browser, which debuted with the game’s update 2.05. The Overwatch community wasted no time getting a few of these going, but it’s done more than that.

There is now a dedicated sub-Reddit for all your custom Overwatch modes. The idea is simple: post a detailed description of your custom mode, explain the rules, and tell people how to find it.

Already, there are a couple worth paying attention to. We have the simple Zombie Survial mode which pits a team of Mercys against a team of Roadhogs. No health packs allowed, and the objective is for Mercys to takedown Roadhogs.

You’ll be alternating between shooting Roadogs and using your ultimate to revive dead Mercys. Stats are changed for both heroes, of course, in terms of damage dealt, movement speed, and recharge rate of abilities.

Now how about the aptly named Tribes Ascend? This is a fast-paced, capture the flag mode in the style of the classic Tribes. Naturally, only Pharahs are allowed.

You don’t need the flag in order to cap, however, to keep things moving. The respawn time is also reduced, as is the cooldown of Pharah’s abilities.

There are other, more complex modes like The Hidden which creates a menace out of Sombra.

Sombra is the hidden in this case, and she’s hunting a team of players who don’t have access to ultimates. The creator recommends a 1v5 setup. The Hunted team in this case is made up of McCree, Reaper, Soldier 76, Tracer, and Widomaker.

Sombra has 400% more health, and does 500% more damage, but can only use her melee attack. There are no cooldown on any of her abilities, either. Basically, the idea is to make her invisible all the time right up until the moment she’s about to attack. This will ideally catch you by surprise, hence the terror.

“I’ve even jumped in my seat from the jump-scare of Sombra ‘HERE I AM’ and beating me to death,” creator suprosonic12 said.

Because the Game Browser is very easy to use, you can simply type the name of these modes in the search bar, or host your own version. Of course, you can always browse the dedicated sub-Reddit for an updated list of these.