Pokemon Sun and Moon players have had a patchy record with the game’s global missions, but this fourth one has proven to be a pushover. 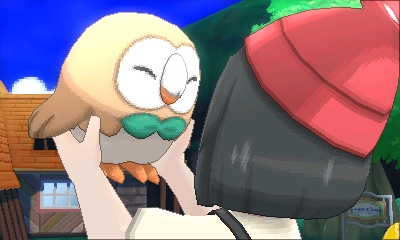 The very first global mission last year tasked players with capturing or defeating a collective 100 million monsters, but players did not even come close. The general thought process was that not enough players had signed up for the mission, and promises were made to tweak the goals of these missions.

The second mission, which lowered the number to one million monsters but also required use of the Island Scan feature, also failed. Players taking part in these global missions still received an award, but it was nowhere near as large as the award for completion. Things finally came together for the third global mission, as players were effectively able to make a million trades and collect 4000 festival coins (even players not competing were given 2000).

Less than 12 hours ago, the fourth mission went live, asking players to reach 250,000 Battle Points in the Battle Tree. As of now, Serebii.net is reporting, the objective has already been completed, making this by far the easiest global mission.

Serebii Update: Both milestones in the Global Mission have been achieved. Enter to get Heavy Ball/Rare Candy & FC https://t.co/oV6DIIA7Ub pic.twitter.com/Cjtl9SYV25

The mission will run until March 13 if you want to get in on it. Entering alone earns you 5 rare candies, and if the collective player base manages to double this and hit 500,000 Battle Points (which seems likely), everyone will receive a Heavy Ball (perfect for capturing heavy Pokemon) as well.

It seems like balancing these events for Pokemon’s audience is hard work. Pokemon Sun & Moon are available now on 3DS.