Conan Exiles has been a tremendous success for Funcom and the developer plans to make good on your early interest. 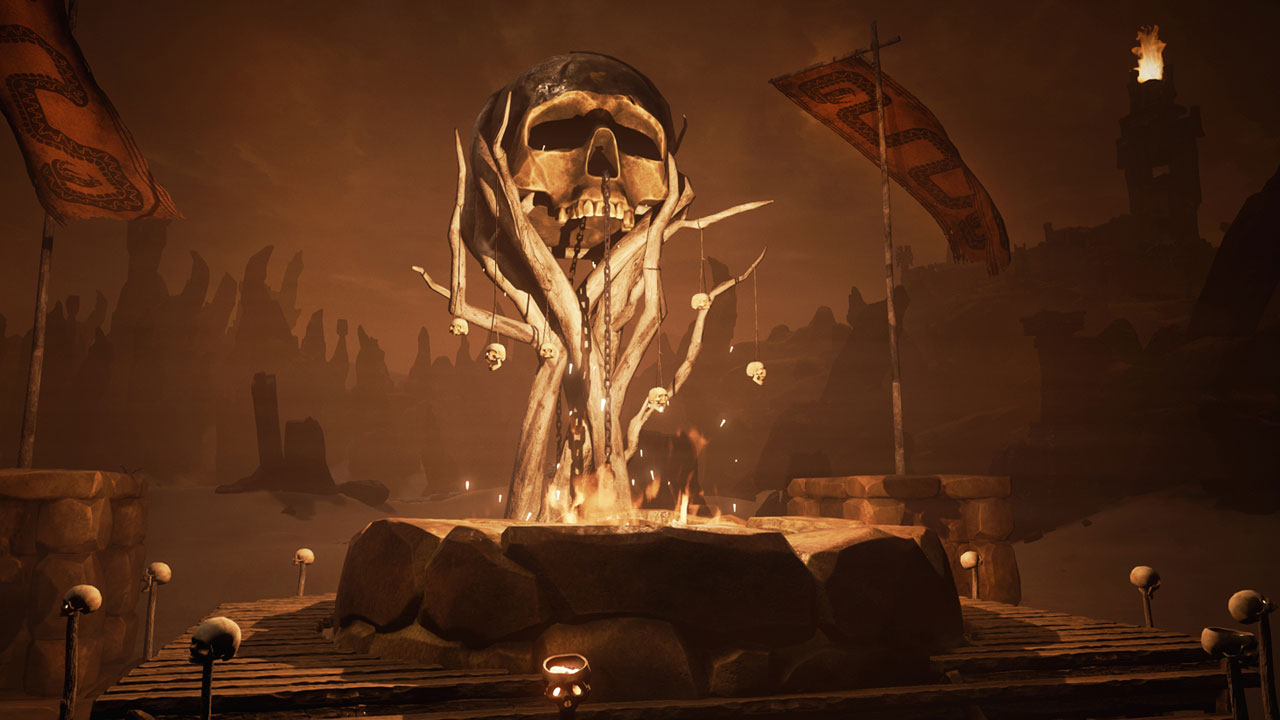 Conan Exiles has almost sold-through Funcom’s 12 month goal and is already profitable, the company has revealed.

Funcom devoted a significant slice of its recent financials briefing to Conan Exiles, as spotted by Dualshockers, giving us plenty of new intel on the viral hit.

Even though this sales figure includes refunded purchases, of which there may well be a few given Conan Exiles’ early server issues and rough release build, Funcom said the project is definitely profitable. In fact, Conan Exiles recovered its $4.5 million development cost to date within seven days of release.

Interestingly, Funcom acknowledged the game’s issues and lower Steam user rating (69%, nice), but said the Conan Exiles team had already rolled out 18 updates to address this. It expects to release small patches every one to two weeks with content like performance and stability updates, bug fixes and small features requested by the Conan Exiles community.

In addition to these regular patches, Funcom expects to release as many as seven major game updates over the 12 months Conan Exiles will be in Early Access, each adding significant new content and systems such as mounts, dyes and sieges.

Look for two to three Conan Exiles game updates out in the first half of 2017, another two to three in the second half of the year and one in the first quarter of 2018. Perhaps most notably, there’ll be a big new biome update in the third quarter. All these updates will be free; Conan Exiles DLC may happen one day, but not until Funcom is done with the base game after the Early Access period, the company stressed.

As for consoles, Conan Exiles is currently expected on Xbox One Game Preview in the third quarter of 2017, with full release on PS4 and Xbox One in the first quarter of 2018. Funcom has upped its investment in the console ports following the success of the PC early access release, and noted that there’s little competition in this sphere on consoles, except from ARK Survival Evolved and 7 Days to Die.

The successful Early Access release of Conan Exiles has also had some positive benefits for the core PC build, too, as Funcom has adjusted its milestones and upped its quality expectations in order to live up to and capitalise on unexpectedly high player interest. For more information on all this and to see how seriously Funcom is taking its arrival in the survival space, check out the full financial presentation [PDF].

In case anybody besides me still cares, Funcom also said it is relaunching The Secret World starting in late March, with a better new player experience, improvements to combat, and a new business model with free access to story content.