EA is hosting a Publisher Sale on the PlayStation Store, and if you’re an Xbox player don’t worry: you’ll get your chance next week. 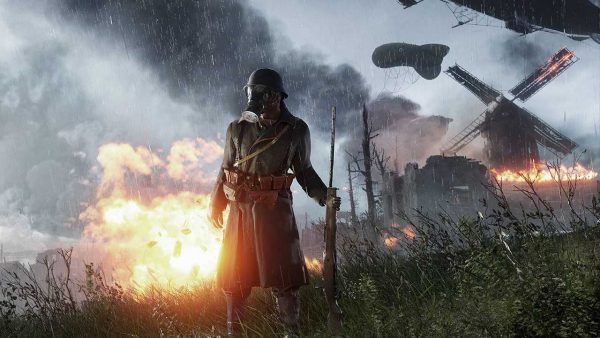 Apparently, the sale has been going on since February 21, but for some reason we are just now aware of it. Probably because many of the titles are part of the PS Store Critics Sale.

But, the good news is the sale runs until February 28, so you still have plenty of time to hop on the discount train.

Some of the deals are rather nice, actually, such as the FIFA 17 Super Deluxe Edition which normally runs $99.99, and is on sale for up to 67% off at $69.99. The standard and Deluxe Edition of the sports title are also on sale.

The standard, Deluxe and Ultimate editions of Battlefield 1 are up to 50% off. The latter version comes with the Battlefield 1 Premium Pass, three themed packs, five Battlepacks and more for $79.99 instead of the regular $129.99, so you’re saving 40%.

Standard, Deluxe and Super Deluxe versions of Madden NFL 17 and NHL 17 are also up to 67% off. Titanfall 2 is on sale for 50% off (60% off if a Plus sub), and this includes both the standard and Deluxe Edition.

Again, if you are a PS Plus sub, you can take an extra 10% some of the offers available.

Xbox One users can look forward discounted EA titles February 28 through March 13. We’ll let you know when the sale is live once Microsoft updates its Deals with Gold notice.