The word on the internet is The Legend of Zelda: Breath of the Wild has a rather large map to explore. Let’s find out if such rumblings are true.

In this video from Arekkz, who has spent plenty of time with The Legend of Zelda: Breath of the Wild at events over the last few months, we get a quick look at what the game world has to offer.

Starting in the southern most part of the map and jogging as straight as possible north, it took Arekkz 28:19. He tried to avoid scaling mountains when possible and never sprinted once, even when confronted with enemies.

South to North is the quickest route, which means the map is shorter in length than width. Since the entire map won’t be available to him until launch, Arekkz estimated it will take 33:25 to cross the map when traveling east to west.

Previously, during a visit to Nintendo UK, Arekzz played a demo and it took him 3:40 to walk across the entire area available. Doing some math, he estimated it would take 40 minutes to walk across the entire game world from north to south and 33 minutes to walk from east to west. Again, this is only if you are able to go in a straight line without running into environmental obstacles. 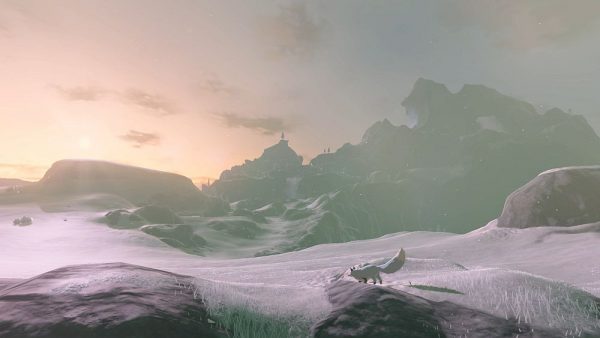 His math when playing the demo wasn’t too far off it seems, as Breath of Wild does indeed have a rather large chuck of land to traverse. Also, due to all options available when exploring the world, he said the map feels massive.

It should be noted he was unable to show the entire map due to an embargo agreement with Nintendo, but you get to see a decent bit of it in the video.

Nintendo said previously The Legend of Zelda: Breath of the Wild is 12 times the size of Twilight Princess, which takes around 12 minutes to cross. The size description from Nintendo likely also includes dungeons, shrines and other factors.

You can find out how large the game world is for yourself next week when the game is released alongside Nintendo Switch.

The Legend of Zelda: Breath of the Wild will also be released for Wii U on March 3.