The most recent Paladins update introduced two new features players are not at all happy about. 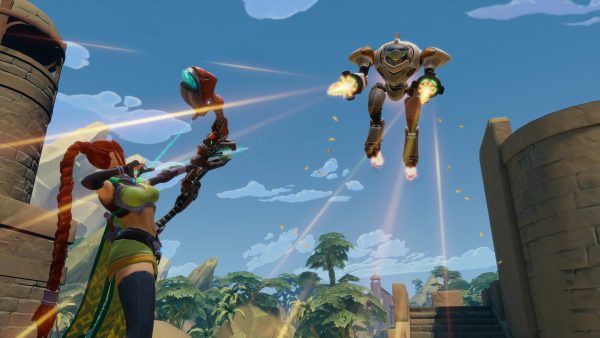 Paladins, the free-to-play shooter from Smite developer Hi-Rez, has recently received an update that added a new currency called Essence, and the concept of Legendary Cards.

Open beta patch 44 made it so instead of getting Gold – the game’s main currency – for duplicates in Radiant chests, you instead get something called Essence. Essence is then used to buy higher-end cards, including the new Legendary Cards. This means that you can no longer shoot for specific cards by grinding the required Gold.

Instead, what you can do is either spend Gold on random card chests, or use Essence to buy the cards you want directly. For its part, the developer said it’ll award new accounts 36,000 Essence, and add 72,000 to the Founder Pack.

Still, the Essence payout you get from duplicates is very small. This system also damages the game in another way. Existing players will have already amassed a decent deck of cards, but new players will have to rely on the RNG to get the cards they want.

Many players on Reddit argue that this system turns the game into “pay-to-win” and effectively makes Gold, earnable thorough regular play, useless.

This is especially disheartening to see, as one player notes, because the game already includes a number of different cosmetic options for players to buy in order to fund continued development. The new systems are unnecessary, and mess with Paladins’ gameplay at its core.

“We firmly believe that the Legendary Cards are a strong addition to Paladins and we will continue to improve them over the coming patches,” said the game’s lead designer.

“We also believe the addition of Essence and overhaul to the Radiant Chest system that allows Radiant Chests to be directly purchased with Gold will improve the experience of unlocking new ways to play each champion.”

So we know, at least for now, the new systems will be staying.