Solo and co-op play hindered by errors and maintenance issues. 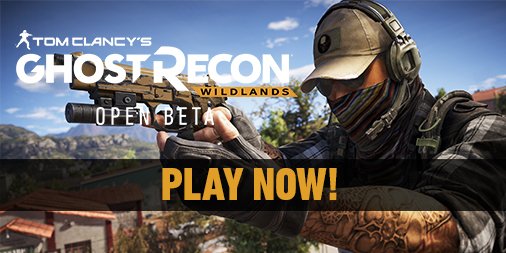 Ghost Recon: Wildlands players are coming up against a number of problems during the open beta, but if it’s any consolation, it’s not your fault.

A common ribera-1000b error has popped up for a lot of players, which makes the game unplayable for even solo play using AI co-op. It looks like that can be fixed by port forwarding if you don’t mind tinkering with your set-up. There’s a quick video guide here.

And at the time of writing Ubisoft has taken the game offline twice in less than 24 hours since going live, on all formats; PC, Xbox One and PS4.

It’s to be expected of course. This open beta is not just a demo to help sell the game, but a way for Ubisoft to stress test its back end as well as tweak the game before the proper release on March 7.

But it’s no less frustrating to get kicked from a game, especially one designed specifically for four buddies to experience in co-op.

The Ghost Recon Wildlands maintenance has now been completed. Thank you for your patience and understanding.

Although it’s not the same backend design as Ubisoft’s recently released For Honor, that game is currently suffering game-breaking problems online, crippling a game that has been well received by critics.

Our advice if you do come across the ribera-1000b error or any other maintenance issues is to keep an eye on the official Twitter support for updates. Maintenance so far on the game has been relatively quick, taking between 15 minutes and an hour. You can also check on the server status right here.

Expect more downtime over the Ghost Recon: Wildlands open beta weekend. It’s the nature of the beast. Let’s just hope the same problems don’t follow for the full game at release. Plus, you know, the game is pretty cool from what we’ve played of it.