McFarlane will release a set of Destiny action figures this summer.

Toy manufacturer McFarlane is teaming up with Destiny developer Bungie to create new action figures based on the game’s three Guardian classes. Three of these have been announced so far, for Warlock, Titan, and Hunter.

The announcement was made earlier through IGN. This initial wave will launch sometime in July, with each figure costing $20.

The figures come in collector-grade package, with window boxes revealing their look, and a Destiny-branded base. The Warlock is sporting the King’s Fall raid set, the Titan is rocking the classic Vault of Glass armour, and the Hunter is donning some of the more recent Iron Banner gear. 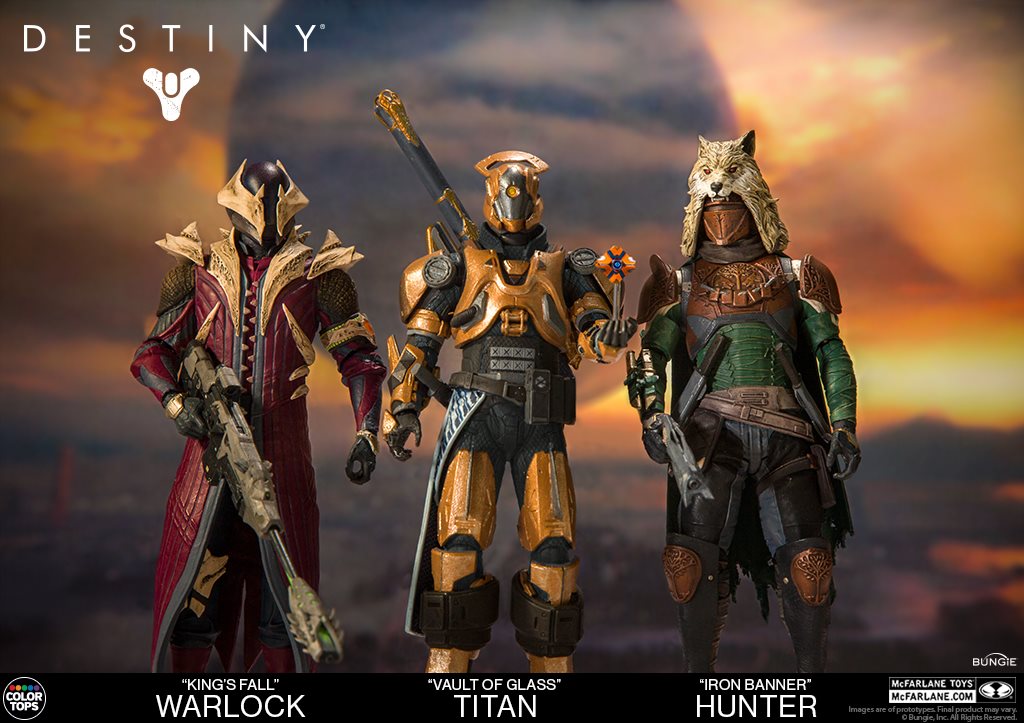 The release also confirms other 10-inch figures will be released in the future, as well as “role play items.”