Plans have changed and the disc version of Halo Wars 2 PC will not be releasing in the US. 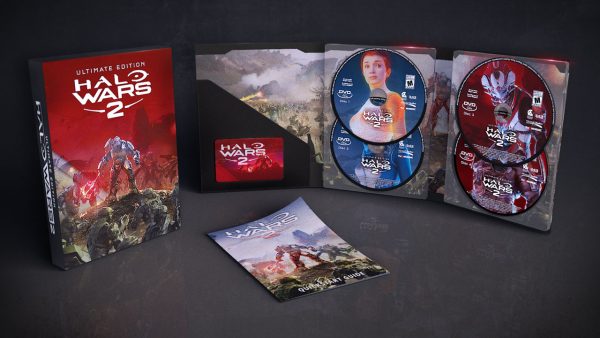 Back in January, Microsoft announced it’ll be releasing a physical version of Halo Wars 2 on PC, thanks to a partnership with THQ Nordic. The plan was to release two SKUs, one for the standard, and another for the ultimate edition, in both the US and Europe.

A couple of weeks ago, Microsoft quietly cancelled the US release of the PC version. In a post on the Halo forums, 343 community manager Brian Jarrard said the move was due to “retail plans having been shifted.”

As a result, Europe will now be the only place you could find the retail PC version.

“THQ Nordic is a great partner and they are working with us to ensure this transition remains smooth for our customers,” said Jarrard.

Of course, you’ll still be able to order the standard as well ultimate edition digitally through the Microsoft Store.

Halo Wars 2 will be released February 21, or February 17 for ultimate edition owners.