For Honor throws in a cute reference to Mortal Kombat. Did you catch it? 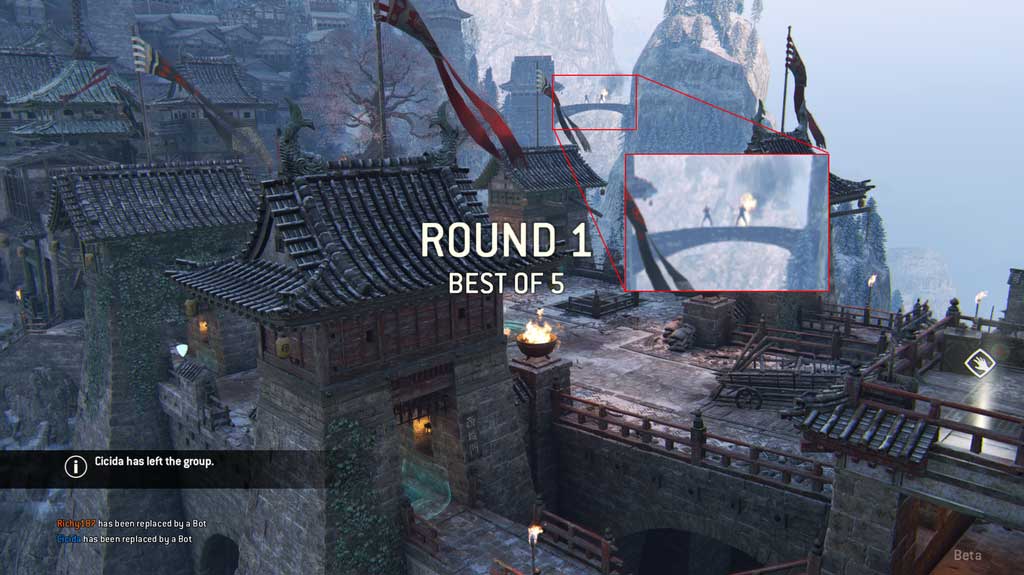 For Honor has been all over our social feeds this weekend as beta testers show off their executions and clutch victories.

Here’s something a little bit different, though: Redditor Lacront found what must be a Mortal Kombat reference tucked away in one corner of a For Honor map.

See those two figures on the bridge in the distance? Notice that one of them is on fire? You may remember this scene from the background of the Pit stage in Mortal Kombat 2. The firey figure is Blaze, a character from Mortal Kombat: Deadly Alliance, Mortal Kombat: Armageddon and Mortal Kombat: Unchained, who has made a series of cameos and appearances in other franchise titles, including Mortal Kombat X. The other is generally referred to as Hornbuckle. Clearly, someone on the For Honor team is a NetherRealm fan.

For Honor launches Tuesday on PC, PS4 and Xbox One. We’re expecting it to be pretty mega; 3 million people played the For Honor beta.

In For Honor, players select from a range of unique units spread across Knight, Samurai and Viking factions and battle it out in various multiplayer modes. It has an almost MOBA-like aspect with its emphasis on particular roles, something like Ubisoft stablemate Rainbow Six Siege. Let’s hope Ubisoft throws just as much love and support at For Honor.