This Humble Bundle has so much good stuff in it it simply won’t fit in a headline. 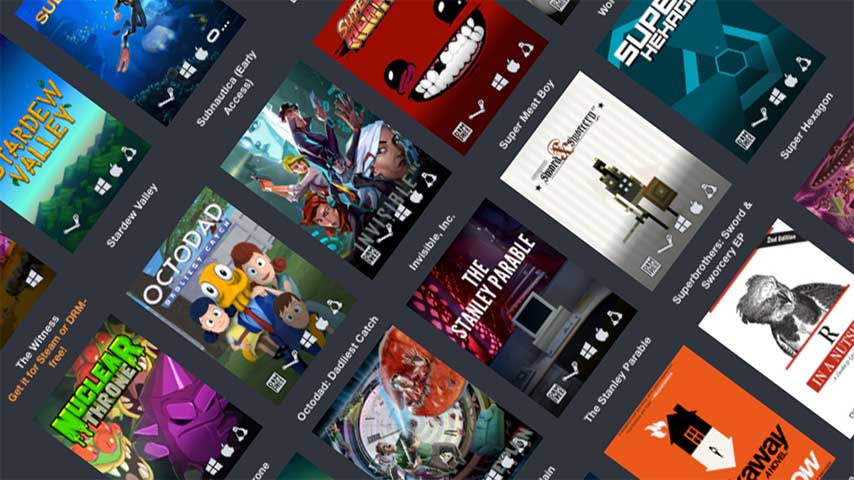 Humble Bundle and a broad swathe of developers and creators have come out swinging with an amazing collection of excellent games, ebooks and audiobooks.

Called the Humble Freedom Bundle, all proceeds from the scheme will go to the American Civil Liberties Union, the International Rescue Committee and Doctors Without Borders/Médecins Sans Frontières – rather than funnelling back to developers and organisers at the buyer’s discretion, as is usual. You can still choose which charity gets your dollars if you like, and you can read more about each over on Humble Bundle to help you make up your mind.

Additionally, Humble Bundle will match donations up to $300,000, so it’s not just acting as a vehicle for creator generosity here.

“We humbly remember that the United States is a nation of immigrants, and we proudly stand with developers, authors, and charities that champion liberty and justice for all,” organisers wrote.

But hell, forget politics for a moment and just look at how great this Humble Bundle is in terms of games. For just $30, you get:

There are very few games on that list that aren’t worth $30 on their own, and together they represent a beautiful slice of the best of the indie scene over the past few years. As you’ll see when you click through, the Humble Freedom Bundle also includes a selection of comics, prose and audio books.

All games are redeemed on Steam for PC, with several DRM-free, Linux and Mac options available. All eBooks and audiobooks are offered in DRM-free formats.

Well? Go take advantage! It may be a little more than you usually budget for Humble Bundles, but it’s got a lot more content to make up for that. Don’t miss out.