Ubisoft has delayed Star Trek: Bridge Crew, which was set to release next month on March 14. But, there’s a silver lining to the news. 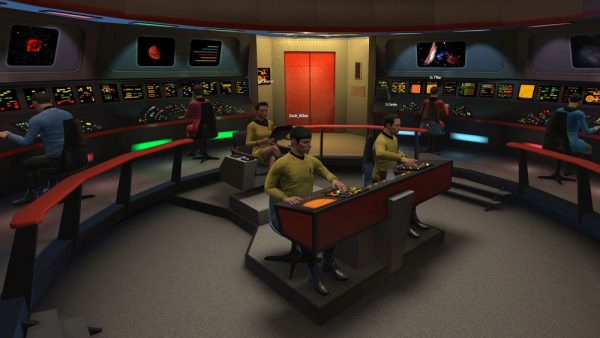 When the game releases, it will include the bridge from the original U.S.S. Enterprise.

The bridge will be playable in Star Trek: Bridge Crew, which is something developer Red Storm felt was important to add.

“We felt it was important to include a part of classic Star Trek with this game, especially during Star Trek’s 50th anniversary,” said senior creative director David Votypka. “The original U.S.S. Enterprise is such an iconic part of the franchise – it’s the ship that started it all.

“The adventures and relationships that took place on the ship are a special part of Star Trek history, so we were determined to give players the opportunity to create their own adventures and stories on this classic ship.”

Star Trek: Bridge Crew will be made available on PlayStation VR, Oculus Rift and HTC Vive on May 30.