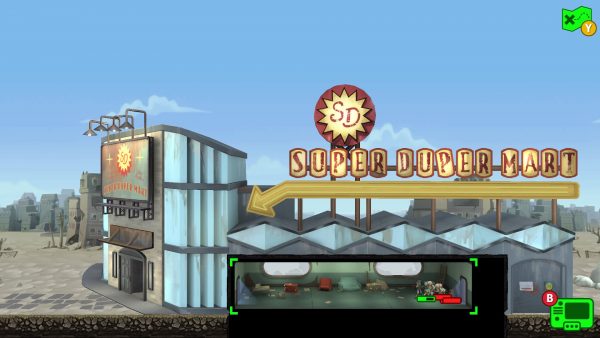 Fallout Shelter was released on Xbox One and the Windows Store this week. This UWP version is an Xbox Play Anywhere title.

Right now, PS4 is the only platform that doesn’t have the game, which lead fans to ask if a PS4 port is something Bethesda is planning to do. “Dunno,” answered the company’s VP of marketing Pete Hines when asked the question on Twitter.

Hines elaborated by saying that, technically, the studio didn’t make an Xbox One port. The UWP version, which is the one the developer did release, allows it to work on PCs with Windows 10, as well as Xbox One, and any platform that supports UWP.

@Elektr0ns dunno. We didn't make it for Xbox. We made it for universal windows platform, which supports a variety of devices

Of course, PlayStation 4 does not support Microsoft’s UWP platform, which means unless Bethesda is willing to create a specific version for Sony’s console, PS4 players may just have to look elsewhere to play Shelter.