One particular change to the way co-op works in the retail version of Nioh has people riled up, and for good reason. 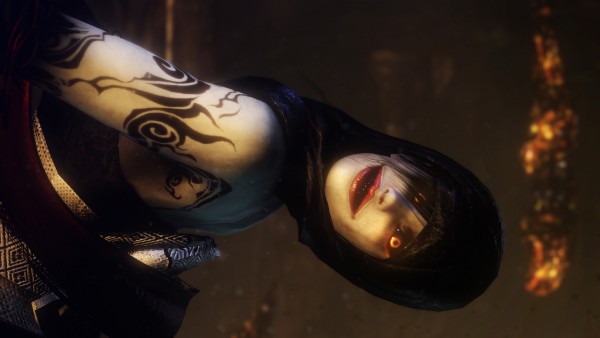 With each Nioh beta, the game improved in one or more ways. The final one, Last Chance Trial, was very similar to the launch version – except for one very big change.

This tweak has to do with how co-op works. In the beta, summoning – inviting people into your game for help – was straightforward. You only needed to offer a particular item at one of the shrines, and the game would automatically matchmake you with others interested in joining your game.

Nioh even has a password system, similar to the one in Dark Souls 3 and Bloodborne, that makes it easy to get matched up with a specific friend. No other restrictions were applied, and as you can see, it was almost identical to the way the feature worked in the Soulsborne games.

However, in the final version of Nioh, Team Ninja made it so you’re only able to join other people’s games – including those of your friends – if you have already beaten the stage you’re being invited to. This means, starting the game off in co-op with a friend is simply not possible. Your friend has to have already finished the stage you’re looking to play together.

Although this may not be a major issue for those who typically only summon others in to help with a certain boss, and don’t plan to go through the full game with a buddy, it’s still a massive hurdle for those who do. More importantly, this sudden change from the last beta – only a couple of weeks old – resulted in a few players getting mislead, buying the game on the promise of co-op without realising it would be changed later.

The game’s community is already up in arms about the issue on Reddit, NeoGAF, GameFaqs and other forums. It’s gotten so big that players are campaigning for Team Ninja to revert this change, posting to Sony and Koei Tecmo’s social channels, even the Japanese ones.

Right now, your co-op buddy will need to be ahead of you in the game for you to be able to play together, and that goes for any of the co-op modes available. Team Ninja could change this in response to the outcry, but until then, you’ll have to postpone your blind co-op runs.