It looks like the online mode for Red Dead Redemption 2 will be a big part of the game, the same way it has been for GTA 5. 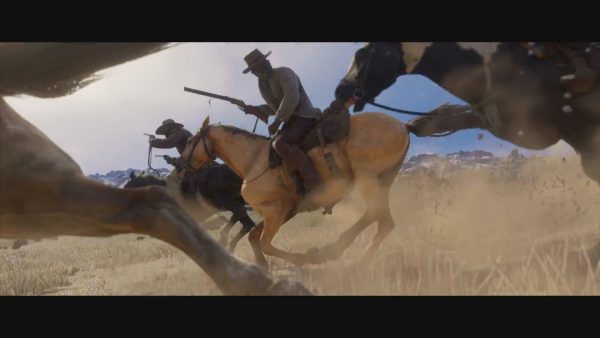 GTA Online has been very successful for Rockstar parent company Take-Two. In fact, the mode attracted a record number of users just this past December, years after GTA 5’s release.

Naturally, during the company’s most recent earnings call, investors wanted to see if there’s any worry the online mode for the upcoming Red Dead Redemption 2 will complete with the incredibly popular GTA Online. CEO Strauss Zelnick doesn’t believe so.

“Entertainment is something that you want to have, but it’s not a need to have. If nothing in the market appeals to you at some time, there’s no reason to go and get it. And if multiple things appeal to you, avid consumers will consume all of those things.

“So, I don’t think there’s any competitive dynamic with any of our upcoming releases apart from the fact that our success is driven by quality. So, I think, the success of Red Dead, which is highly anticipated, will be driven by its quality. And I think the ongoing success of Grand Theft Auto Online is driven by its extraordinary quality,” he added.

With that in mind, the Zelnick said that the company is “incredibly excited” about the game’s online offering, and reiterated that future information about it will come from Rockstar directly.

As for the sales potential of Red Dead Redemption 2 itself, Zelnick didn’t want to share any forecasts, but he did confirm that the original shipped 8.5 million copies during the first year, with a total of 15 million units by the end of its life cycle.

Red Dead Redemption 2 is due for release sometime this year for PS4, and Xbox One.