Conan Exiles doesn’t want to be a crafting survival clone, but to present a unique world influenced by its source material. 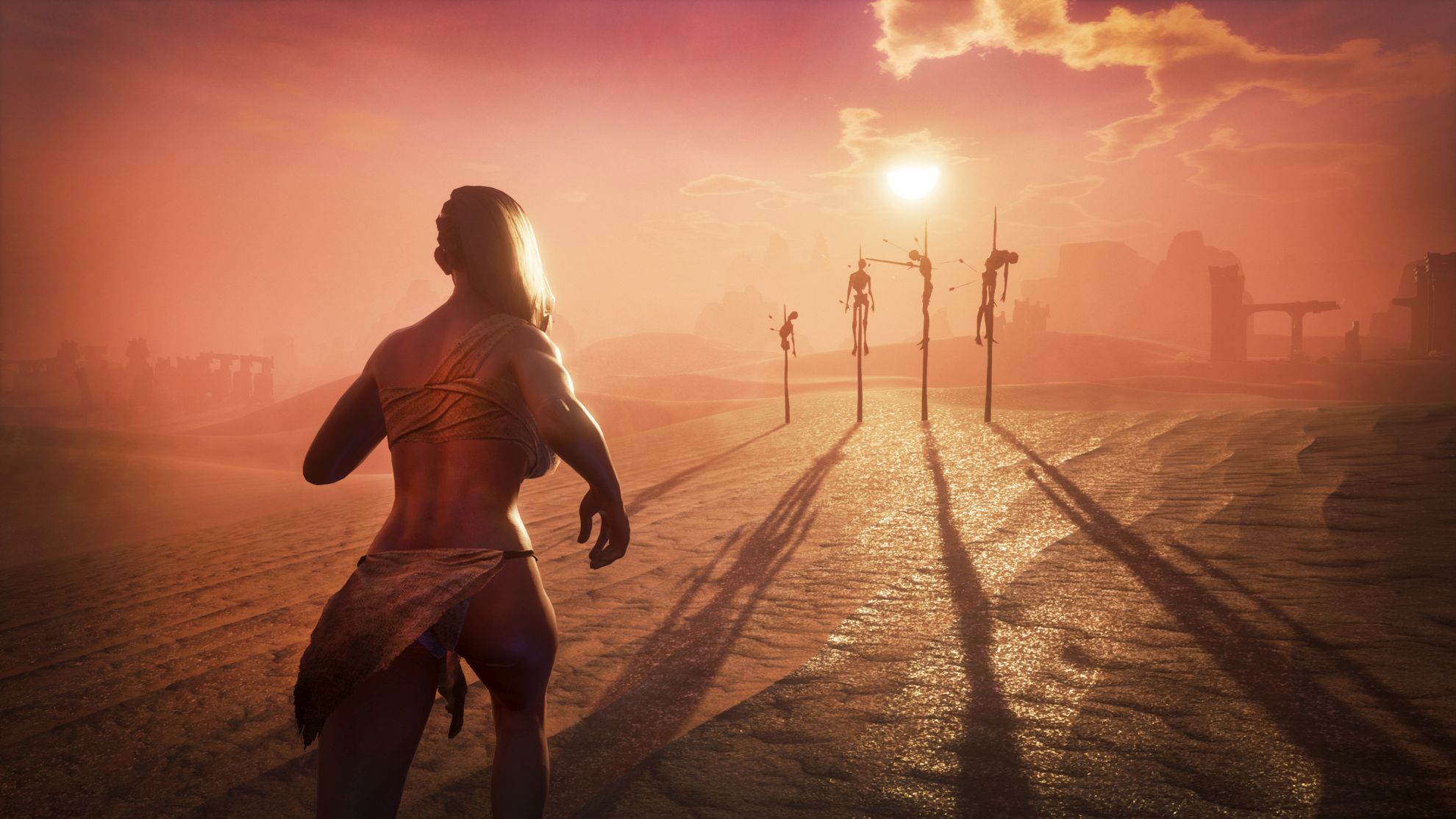 Conan Exiles developer Funcom participated in a Reddit AMA over the weekend to answer burning questions about the Early Access title everyone was talking about last week.

Naturally, the top question was about the game’s nudity and male genital sliders, which has resulted in some hilarious Conan Exiles GIFs of ballsacks flapping about.

“We discussed nudity early on and decided that for the lore and setting, nudity was something we wanted to go with,” Funcom said.

“The slider was a natural evolution of that, especially seeing we had a similar slider for breasts. Equality and all that.”

But Conan Exiles isn’t supposed to be just that game famous for people running around without their underoos. Funcom said its vision for the game is to “find the line between Skyrim and Minecraft”.

We want to have a game where NPCs inhabit a living, breathing world, but where players make a real impact on the environment and become a part of that world.”

“We want to have a game where NPCs inhabit a living, breathing world, but where players make a real impact on the environment and become a part of that world. Through the thrall system we hope to introduce complex behaviours that allow you to build your own cities and towns and as we add features such as the Purge, we are going to be trying to create a dynamic world that challenges your right to survive.”

Asked for more details, Funcom said it wants NPCs to follow schedules and to remember their relationships to players. This includes thralls, who will be able to be employed as mercenaries if rescued, rather than enslaved, if you prefer.

“Plus the Conan world is an interesting place, above and beyond just being a random map,” the spokesperson added.

Here are a few things Funcom assured Conan Exiles players would be improved or implemented during Early Access:

There were a couple of questions about Conan Exiles migrating to new servers after the original platform couldn’t handle demand. Funcom said all player progress will be retained in the move, and reiterated that demand surprised it.

“We didn’t expect the demand we have received. Can’t comment on specific numbers due to public company rules etc,” Funcom said.

“We stress tested the game with 70 plus people on external (not our own) hardware multiple times. We never dropped below 10 server frames which we deemed acceptable performance for a full load server. We did not see the issues that the official servers were seeing.

“We have, however, launched multiplayer games before so we know that when you go to scale, things can go wrong. See Diablo 3 for an example of a very well prepared company that still got caught unawares by demand. That was also a part of our decision to do early access, so we can have a more understanding audience who will work with us to improve any issues we have.”

There’s plenty more about Conan Exiles in the full Q&A, so hit the source link above for all the details.