“Our official partner has been unable to deliver the level of quality and service we require,” says Funcom. 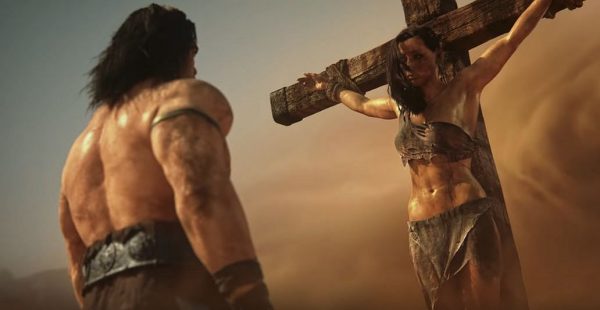 Those experiencing lag playing early access title Conan Exiles will be pleased to know more is being done to fix the issue, which will hopefully ease frustrations a bit. Unfortunately, this means the official multiplayer servers have had to be temporarily taken offline.

When Conan Exiles released through Steam Early Access earlier this week, Funcom limited the online game to 100 public servers. The number was upped to 200 in order to help ease server strain, but it didn’t seem to help matters.

Due to the issues, the partnership between Funcom and PingPerfect, which hosted the official multiplayer servers, has been dissolved.

“Unfortunately, due to the overwhelming demand for servers and our needs for administrating them, our official partner has been unable to deliver the level of quality and service we require,” said Funcom on Steam. “Because of this, we have mutually agreed to end the partnership.

“We are in the process of finding new partners with the ideal hardware we can move the existing game databases to. However, due to the high demand for Conan Exiles servers, many hosting companies are simply out of the hardware that we need and as such this process might take a few days.”

In other words, the official servers have been taken offline, and players will need to continue playing on one of the 7,500 privately run servers available. These can be found when looking over the Options menus and clicking on Server Settings GUI.

“We sincerely apologize to everyone who has played and made progress on the official servers, but we think it is better to deal with this problem now rather than later.”

Funcom said it’s keeping the game databases from the old servers and plan to re-implement them when the new servers roll out. This includes characters, buildings, progression and more.

The teams has already released several patches, and the next update is in the works. The current focus is on the most pressing issues such as rubberbanding, disconnects, and other server related issues. Once that is “under control,” the team will start “looking closer at gameplay improvements” as well as new content and features.

Conan Exiles is currently without a release date, and upon being finished, it’s slated to arrive on Xbox One and PS4.

This spring, it will be released through the Xbox One Game Preview program.