It’s been a long time since anyone cried about Bastion, maybe this will soon change? 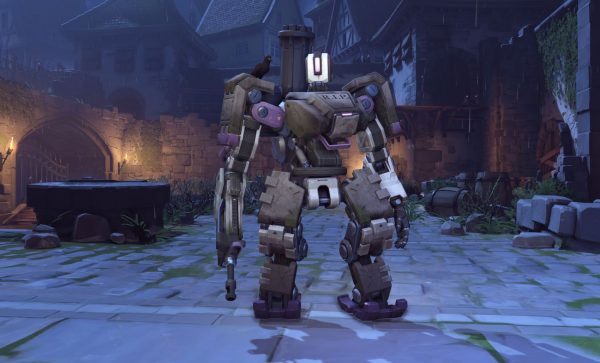 Bastion, one of the Overwatch characters perceived as overpowered when the game launched, is actually not very powerful at all. As the game’s meta changed and evolved, Bastion was left out, and he’s not being picked up now anywhere near as often as he was at launch.

Part of this is because other heroes can kind of fill his role, but this is may be about to change. There’s a big thread going on right now on the Overwatch forums discussing what could be done about Bastion.

After a few ideas were suggested, Overwatch principal designer Geoff Goodman chimed in to confirm that the studio is indeed working on some Bastion changes, but sadly wasn’t able to hint at what they are, or when we’re likely to see them.

“I’m actually working on some changes for him right now. I’m not quite sure when these changes will hit the live game, we’re still testing different things internally,” he replied.

Most recently, Blizzard made adjustments to Roadhog’s hook, nerfed D.Va, and more. These balance changes launched with the game’s Year of the Rooster event, which is currently underway.