Overwatch players on consoles are not yet able to report others, but this will change. 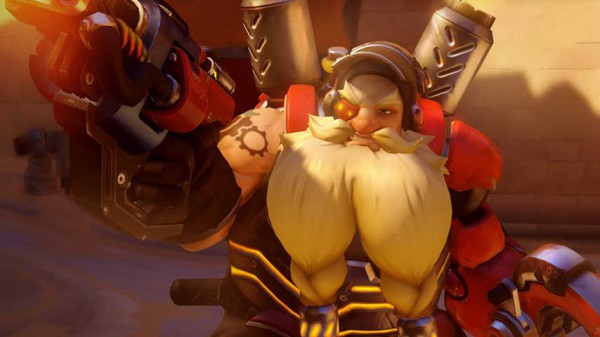 Overwatch does not currently have a player reporting system on PS4 or Xbox One. This essentially means, outside of console-level tools, there’s no way for honest players to report griefers and cheaters directly to Blizzard.

In a big thread titled “Blizzard please listen to console complaints,” game director Jeff Kaplan responded to a number of player concerns, and chief among them was the absence of a player reporting feature on consoles.

“Regarding reporting: this feature is coming to both PS4 and Xbox. I don’t have an exact ETA because there are many moving parts to make this happen,” Kaplan said.

“My hope is that everything locks into place before summer… or sooner,” he added, revealing that Blizzard is “at the mercy of things beyond our control”, but that the studio is working to make it happen.

Forum members also asked the director to revert back Torbjorn & Symmetra nerfs, at least on console. The idea here is that since hero stacking is no longer an issue, both of these characters’ turrets should now do more damage.

“Regarding Torbjorn and Symmetra: we’ve been watching them closely. Up until recently they were performing in lockstep with PC. Recently they’ve begun to diverge a little bit so we’re taking a look at them now and we’ll consider adjusting them,” explained Kaplan.

Finally, there was another request for more directed voicelines. “We can’t say ‘X wants to attack/defend the objective’ or use the new ‘Need healing’ callout for healers to people requesting healing etc Why?,” one user asked.

“There are empty key bindings on the controller so it could take its place (like left on the dpad). We need these more than PC, we don’t have text chat,” he went on.

Kaplan didn’t talk much about this particular point, but promised to work on it.

More recently, Blizzard confirmed a Year of the Rooster event. Since then, details of what’s coming have been leaking non-stop. The event is supposed to be kicking off today.