If you thought the camera was too close to Ryder in the Mass Effect: Andromeda gameplay trailers, you’ll be happy to know it can be changed – at least on PC. 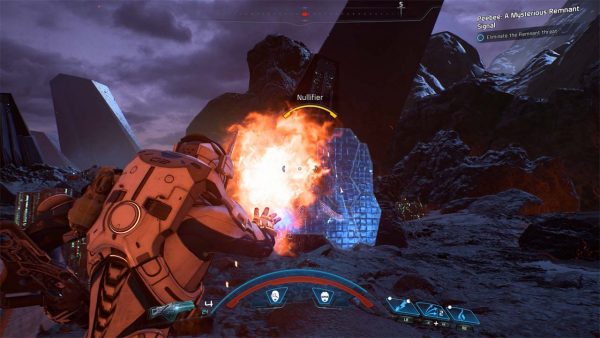 Developer BioWare has not released a tonne of Mass Effect: Andromeda footage. But what it has shown, has been dissected and critiqued, especially that super tight camera perspective.

This view is typically controlled by the game’s field of view (FOV) value, which is why one fan decided to ask the game’s lead designer, Ian S. Frazier, whether we’ll be able to change it in the final game.

Frazier did confirm we’ll be able to that on PC, though he wasn’t sure about the console version.

@axelflames15 On pc, yes. Not sure about consoles.

Speaking of things PC players will be able to do, Michael Gamble, the game’s producer, gave a hint about the game’s minimum requirements. A fan asked Gamble on Twitter if the GTX 745M GP in their laptop would be able to run the game.

Gamble linked to the desktop version of the card, saying that he thinks it should allow the game to run.

@Borgis22 if this is your card you should be ok, I think. https://t.co/W3H5DKhsBR

Presumably, Gamble is referring to the minimum requirements here, as this particular card is several generations old. The producer did not, however, reveal any other details about the game’s PC requirements, so we’ll have to wait for those to be officially announced.

That being said, laptop GPUs aren’t always on par with their desktop counterparts, even if they share the same model. Which is why it’s usually up to the community to figure out what works and what doesn’t.