Have you logged into your Battle.net account recently? You may have a free copy of StarCraft 2 waiting for you!

A number of players are reporting that StarCraft 2 has showed up in their Battle.net libraries without them purchasing it.

The gift is being sent from Blizzard directly, and those who received it, saw a message that said, “You have been granted a free game.” The game in this case being Wings of Liberty, StarCraft 2’s first expansion. 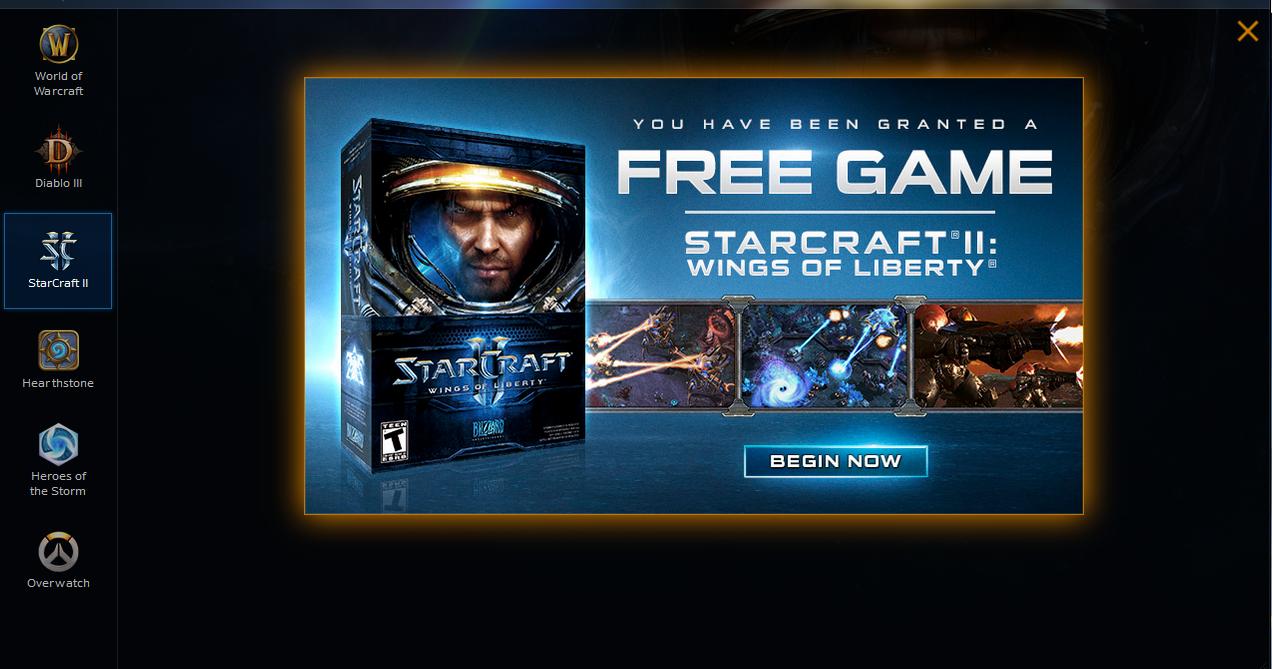 There doesn’t appear to be any particular criteria for why certain people received it and not others, but the most obvious one is the fact all the recipients did not own the game prior. Some believe it’s due to them playing the free trial at some point, though it’s unclear.

Blizzard has not officially announced the move, but it’s unlikely to be made in error. The more likely scenario is that the studio could be about to make Wings of Liberty completely free, like it’s done with old World of Warcraft expansions.

Wings of Liberty is around seven years-old, and making it free could give the game a boost in player numbers, particularly in multiplayer.

Until Blizzard clarifies what’s going on, it may be worth launching the Battle.net app to see if you’ve been selected.