The Year of the Rooster event kicks off next week in Overwatch, and four of the Lunar New Year skins have leaked ahead of time. 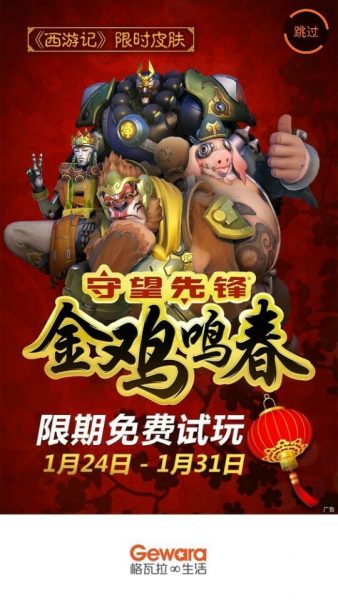 Over in China, an Overwatch player came across an image advertising a week-long, free event in the region which featured the skins.

The image was posted on the Overwatch subreddit, and it shows Zenyatta, Winston, Roadhog and Reinhardt sporting skins based on the famous Chinese novel, Journey to the West.

Here’s the list and descriptions of each character courtesy of hythl0day:

When the event was teased by Blizzard earlier this week, various Overwatch channels went live showing skins for Mei and D.Va. 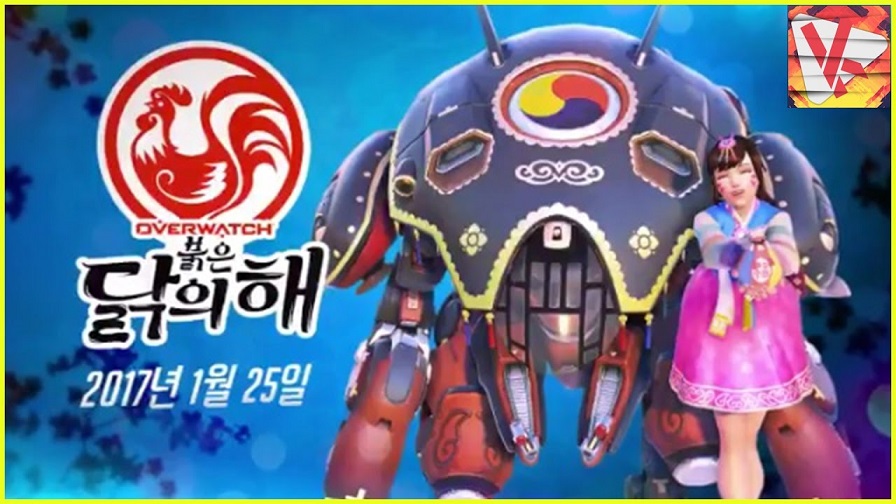 Blizzard promised players who didn’t like Mei’s Santa-style skin during the December event she would sport new duds in early 2017. For those who hated the skin, her new one will arrive next week.

Overwatch’s Lunar New Year event starts on January 24, and according to the image out of China, it will end on January 31. The end date could also indicate when the free week in the region ends instead of the event.

We’ll know the exact dates once Blizzard makes the announcement.