Just because Zelda is having a cry in the latest trailer for The Legend of Zelda: Breath of the Wild, doesn’t mean she’ll be sobbing the entire time. 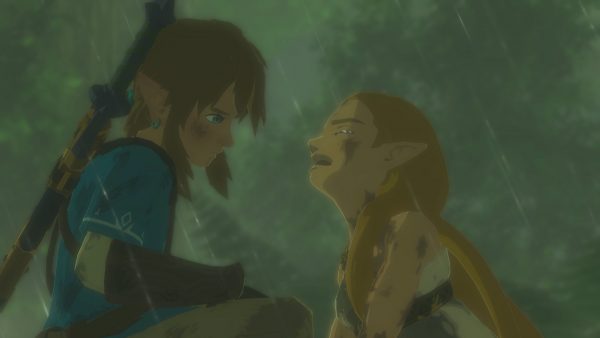 Speaking with Eurogamer during the Nintendo Switch event, producer Eiji Aonuma said in The Legend of Zelda: Breath of the Wild, Zelda is a multifaceted character and the video only showed a glimpse of what to expect from her.

“Obviously everyone has their own ideas of exactly how they would expect a female character to act or behave,” said Aonuma when asked about Zelda’s portrayal in the video.

“What I would particularly like to emphasize is that the scene of her crying in the trailer is just one scene from the game – within the trailer itself it forms a dramatic high point, but that shouldn’t be taken too much out of context.

“Princess Zelda as she appears in the game as a whole is very complex and multifaceted, and it’s not as if she’s crying all the time in the game [laughs].”

Anouma goes on to say fans shouldn’t read too much into “just that one scene from the trailer.” Instead, he wants fans to play the game and “appreciate Zelda as she is in all her aspects.”

The Legend of Zelda: Breath of the Wild will release on March 3 as a Nintendo Switch launch title. It will arrive on Wii U the same day.