Compromises made during the development of the Half-Life games mean Gabe Newell will never remember them as fondly as we do. 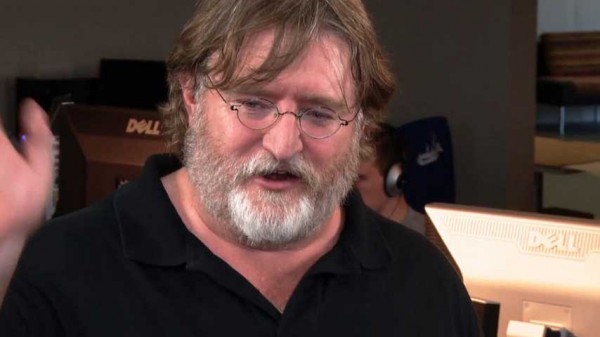 Valve founder Gabe Newell hosted a Reddit AMA yesterday and, as expected, all sorts of questions were thrown at him. During the chat, Newell confirmed that Valve has multiple unannounced projects in the works, and revealed a few other interesting tidbits.

Among his many replies, Newell shared a very interesting perspective he has about the Half-Life series vs. Portal. He was asked to name his favourite Valve game or series, and surprised everyone by not mentioning Half-Life.

“I think Portal 2 is our best single-player game. I play Dota 2 the most of our multiplayer games,” replied Newell, before being pressed by readers to reveal why Half-Life was snubbed.

“The issue with Half-Life for me is that I was involved in a much higher percentage of the decisions about the games, so it’s hard for me to look at them as anything other than a series of things I regret,” he said, adding that it’s “easier” for him to be a fan of projects he wasn’t involved in as much.

Although Newell didn’t really unpack that loaded comment, he did explain that working on a game at such a high level means you have to make compromises. “If you are involved in a game, everything ends up being a set of trade-offs,” he said.

“Anything in a game is a sacrifice of things not in the game. I just feel those more personally about Half-Life for a bunch of reasons,” he added, before casually namedropping the Xen among his regrets.

Maybe the next Half-Life, if it is indeed among the unannounced projects, will impress him. It’s also interesting Left 4 Dead wasn’t mentioned here, so that’s neither here nor there.